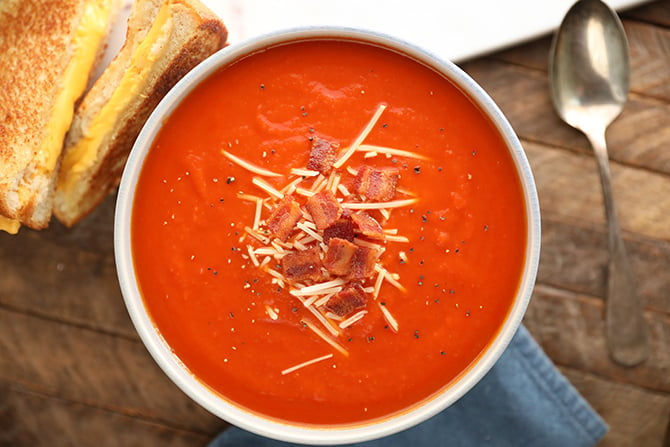 For many folks, there’s nothing quite as comforting as a hot bowl of tomato soup and a grilled cheese sandwich. And while I’m no stranger to opening a can, sometimes we want something a little different. So that’s where this Easy Tomato Soup with Bacon comes in. I just love the combination of smoky bacon and tart and tangy tomatoes in my Classic Macaroni and Tomatoes, Hot Tomato and Bacon Pasta, and my Tomatoes and Rice, so when I was searching for a fun way to jazz up tomato soup, I went right for the bacon!

But this soup doesn’t takes tons of time and effort. Nope. This is pretty easy. If you can fry up some bacon and dice some onion, you can make this soup! The biggest challenge is pureeing the soup. And while that might seem a little intimidating, having an immersion or stick blender will make it super simple. Just don’t skip this step. It actually vastly changes this soup by making it smooth, creamy, and the aeration actually changes the flavor a bit. If you don’t have an immersion blender, you can do it in a countertop blender by working in batches and pureeing it until smooth. Just be sure to remove the center part of your blender top to allow the steam to escape. Otherwise, you might end up like me one Thanksgiving. 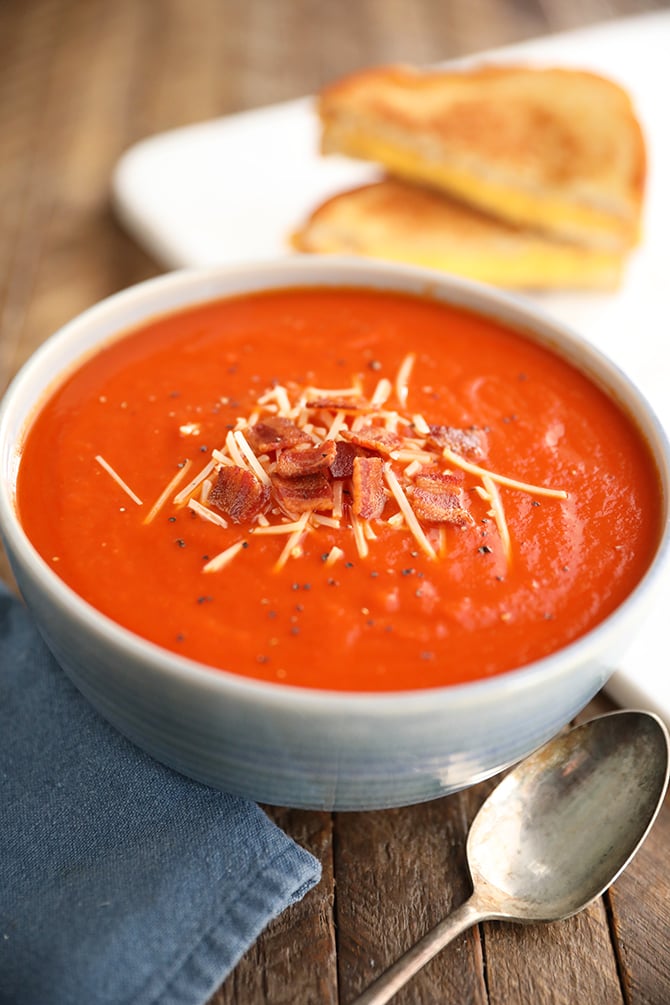 One of the key parts of this soup is, well, obviously… the tomatoes. So, I went out and bought every brand of crushed tomatoes my local store had. Now, typically, I go for Hunt’s or Red Gold, but couldn’t find any Red Gold Crushed tomatoes at my store, so I opted for Hunt’s, Tuttorosso, Cento, and Contadina. My goal was to pick one that would give you the most flavor and make your soup just perfect.

Well, it didn’t really work out that way. I found the four brands below so vastly different from one another that I just couldn’t decide. Ultimately, I went with one can of the Hunt’s and one can of the Contadina for this batch, but I’m confident any of these would deliver a delicious soup. 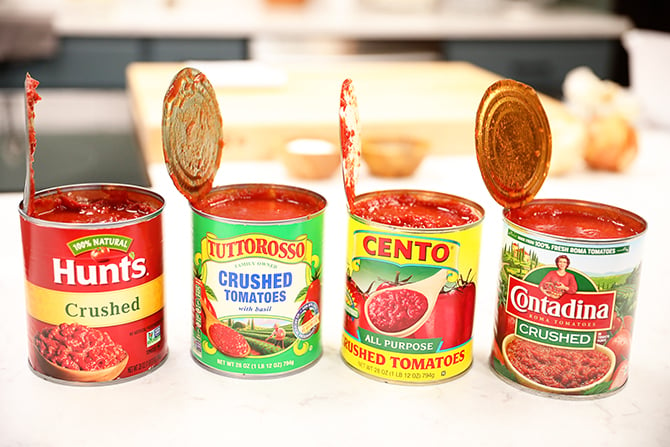 But it also brought up another issue… seasoning. The end flavor of this soup is entirely dependent on the tomatoes you choose. Some are super acidic and will require a little sugar in the soup to balance it out. Some folks might want the soup a little sweeter anyway, so they might add more naturally. But this also translates to salt as well. For me, tomato soup should be balanced, but not sweet. That requires both sugar and salt. And just like some canned tomatoes are more acidic than others, some have more salt in them.

I often get nasty grams from folks complaining about the phrase “Add salt and pepper to taste.” But you’re going to get that phrase in this recipe, too. And the salt content in those tomatoes is the reason. Some will require more salt in the final soup than others. So you’ll just need to taste it and add salt and pepper until it gets to a point where it tastes good to you. I just don’t want to put a salt measurement in the recipe and then you use salty tomatoes and end up with soup that’s way too salty. There’s just no way around it. 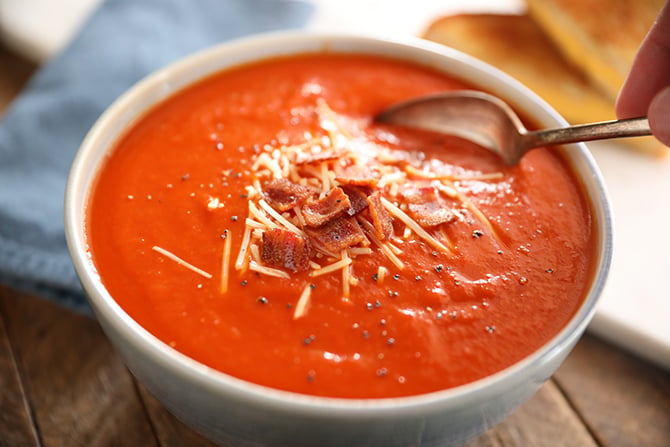 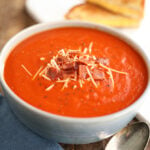 *The amount of sugar will vary based on the exact brand of tomatoes you use. Add more or less to achieve the taste you want.

Did you make my Easy Tomato Soup with Bacon?I'd love to see! Share on Instagram, tag @southernbite, and use the hashtag #southernbite!
Tag on Insta Leave a Rating 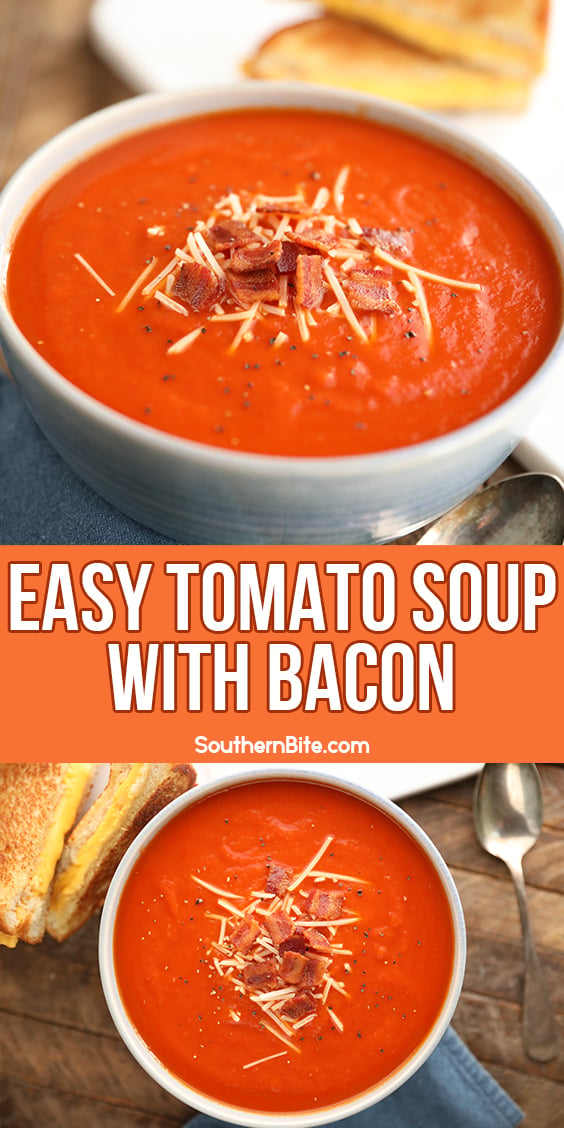