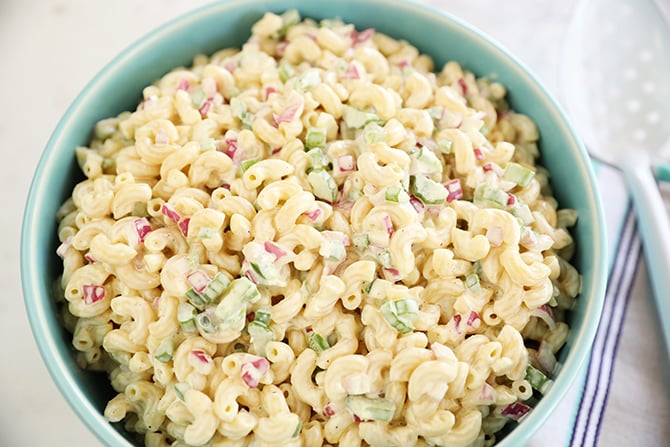 As a kid, I always feared potlucks.  Mainly because I had this weird fear of eating other people’s food.  I’m pretty sure this stemmed from a tragic incident when a family potluck yielded some kind of jiggly mess that had fruit loops and other unidentifiable objects in it.  I guess that just burned me.

After that, I always stuck to what the folks I knew brought.  It often reminds me of that scene in National Lampoon’s Christmas Vacation when Aunt Bethany shows up with the lime jello mold topped with cat food.  Ugh!  I’ve gotten better over the years, but there are times when I get a little weak-kneed heading into a potluck – especially if I’ve recently watched an episode of Hoarders and have the lingering thoughts about what some people have going on in their kitchens. 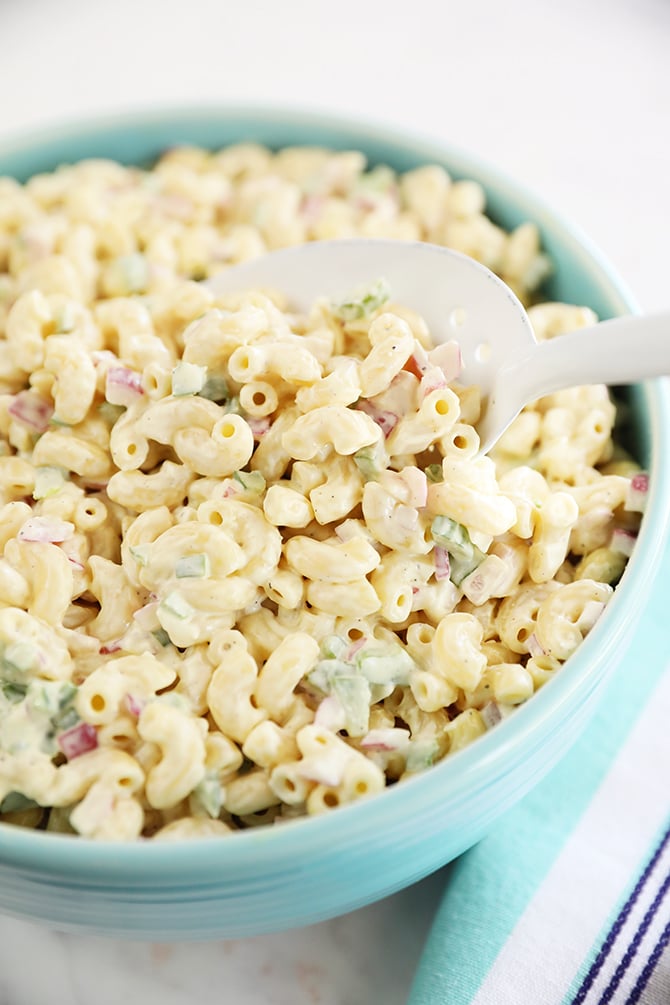 And I’ll be the first to admit that I’m probably a little obsessive about cleanliness in my kitchen.  But one bout of food poisoning will do that to you.

But I’ve gotten better. The truth is that now, some of my most favorite recipes have come from potlucks. So, I’ve got a much different impression now than I did back then.  It’s just taken time. 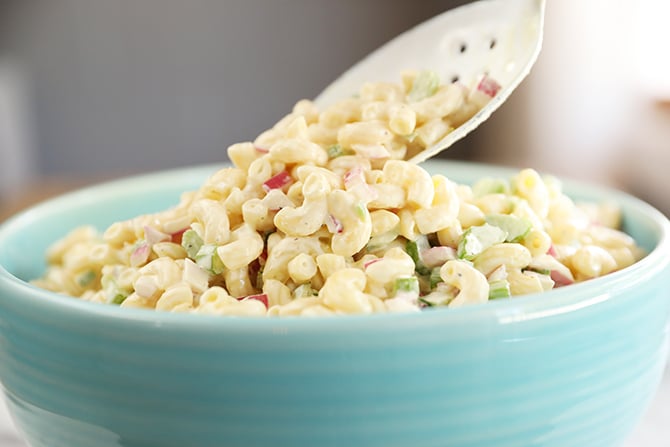 A potluck in the South just isn’t a potluck without a few staple dishes like macaroni salad, some form of congealed salad, banana pudding, probably a cobbler or two, and enough casseroles to feed an army.

My Classic Macaroni Salad is potluck perfect and filled with all of the creamy, delicious flavor you’d expect from this dish. And while the recipe is solid and super tasty, the method of making this recipe is just as important. 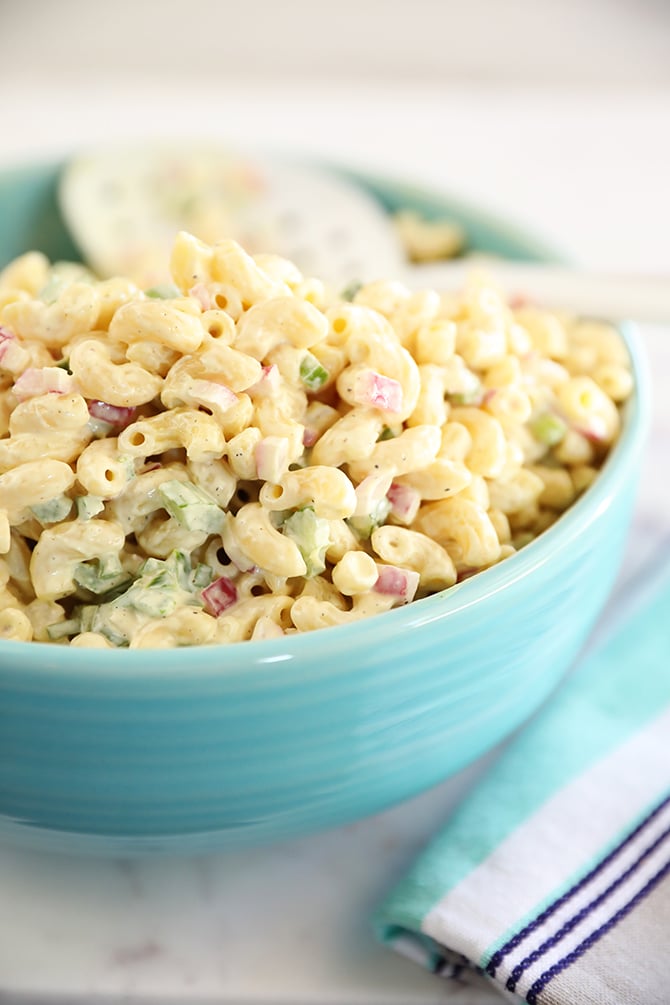 A few tips for making the best macaroni salad ever… 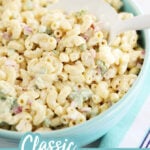 I love the bite of red onion, but sometimes it can overpower a dish. Once it's diced, soak the red onion in cool water for about 5 minutes, then drain before adding to the dressing. This will tone down the sharpness of the onion without changing the flavor.

Did you make my Classic Macaroni Salad?I'd love to see! Share on Instagram, tag @southernbite, and use the hashtag #southernbite!
Tag on Insta Leave a Rating 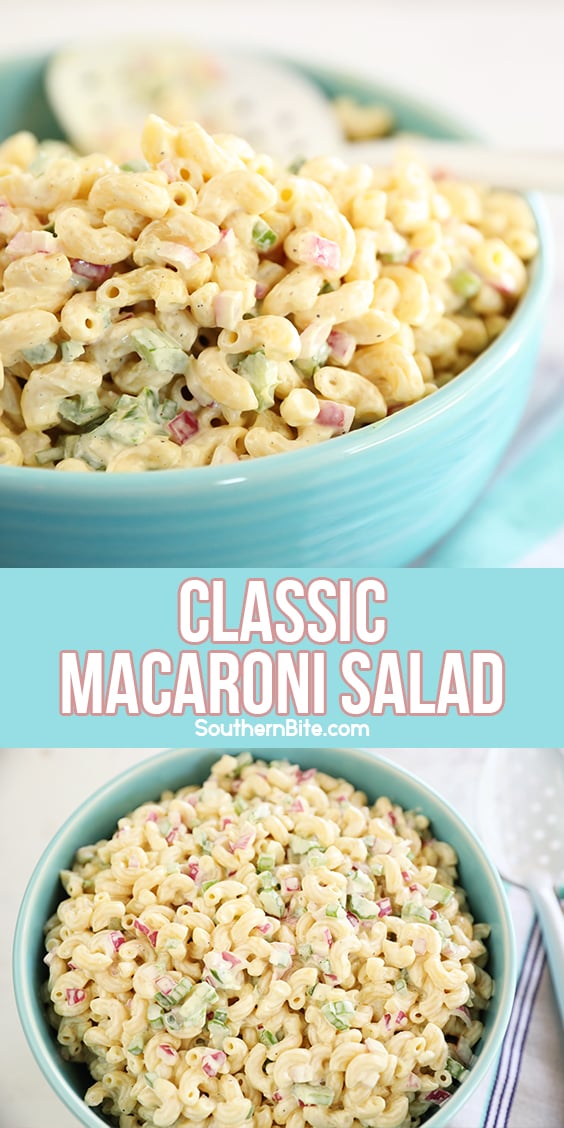