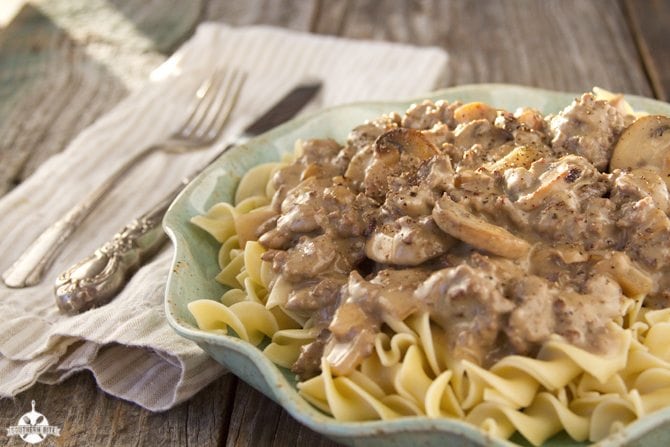 I realize that it’s only the 2nd of December, but I’m usually full-on in the holiday spirit by now.  This year, it’s been tough finding that magic.  I just can’t seem to get that holiday inspiration.

Last night, we went to our little city’s annual Christmas parade (it’s tradition and usually helps), and just as soon as I started to maybe feel a tiny spark, it was crushed by the eons of people that wouldn’t allow me to back out of a parking space while trying to exit the bank parking lot after the parade.  I mean, there were some folks that were SERIOUS about not letting me back out and forced me to be the last car (of what seemed like hundreds) to get out of the parking lot.

Grumpy from all of that (and from having to deal with the fact that I dropped the iPad while getting ready to go to the parade) I was busily cleaning up the kitchen while I overheard my wife calling to me.  She was hurriedly reading off a list of things that one of the professional organizations she’s a part of wanted to get for kids for Christmas.  Each year they adopt a few families that are less fortunate and help provide them and their kids with Christmas presents and food.  She was calling to me and asking which things I thought we should buy for her to donate for the kids.  Jack was beside her on the couch engrossed in watching “The Santa Clause” for the first of many times this holiday season.  “Clothes, a doll, pajamas, a movie, a video game, a bike,” she read out loud.  Then, as I round the corner to see the list for myself, Jack shakes from his movie trance and says, “Momma, I have the BEST idea!”  “Hang on buddy,” she says.  “Daddy and I are trying to decide what we can buy for some kids who might not get Christmas presents this year.”  “No, Momma,” he interrupts.  “That’s what I’m talking about! You know that bike and helmet that I won at school,” he says.  “Yes,” she says, knowing how proud he was of that bike.  “Well, I can give that little boy that bike.  I have the other one that Gamma and Papa gave me for my birthday, so I don’t need two,” he says.

My jaw dropped in amazement.  He had sold the most candles in his school fundraiser and was so proud of winning that bike that he insisted on riding it over the fancy trick bike his grandparents had given him despite the fact that the new bike he won was a little too small for him.  I sat down beside him and said, “Jack, are you sure you want to do this.  You sure do love that bike.  You realize you won’t get it back, right?”  “Yes, Daddy.  I know.  But that little boy might not get anything for Christmas.”

I glanced over at Heather and saw the tears welling up in her eyes as I tried my best to choke them back myself.  “My sweet boy, that is an amazing things that you can do for someone else,” I said.  We hashed out the details and went over and over telling him how proud we were of him and as he gave me a goodnight hug, I squeezed him a little extra tight and realized that the simple act of my 6-year-old had done what  had been trying to do for a week – get in the holiday spirit.

He reminded me that all the holiday music and decorations in the world can’t really put joy in your heart if you don’t have the real meaning of Christmas in your soul.  Today, I’m grateful for the wisdom of that 6-year-old and I pray that his willingness to serve others never leaves him. 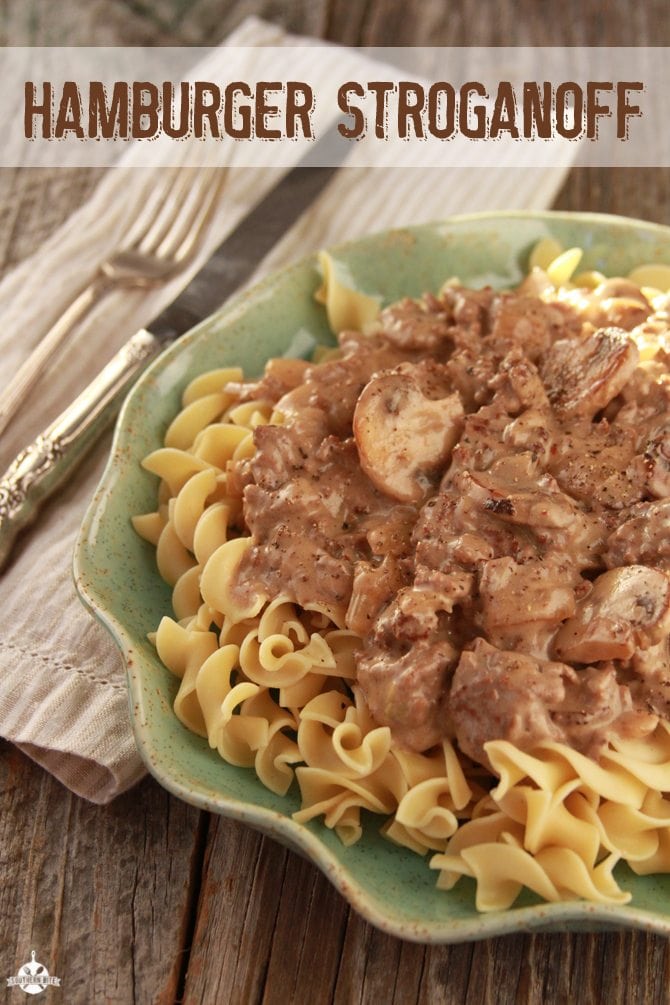 Y’all this Hamburger Stroganoff is so easy and delicious, I think you’ll really be surprised.  It’s a great way to feed your family a hearty meal on a budget and comes together in just about 30 minutes.  And you can customize it to your family’s tastes.  If mushrooms aren’t your thing, they can easily be omitted.  You can also add some finely diced carrots for color, texture, and flavor if you like.  Y’all enjoy! 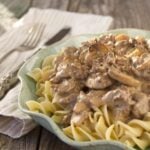 Did you make my Easy Hamburger Stroganoff?I'd love to see! Share on Instagram, tag @southernbite, and use the hashtag #southernbite!
Tag on Insta Leave a Rating