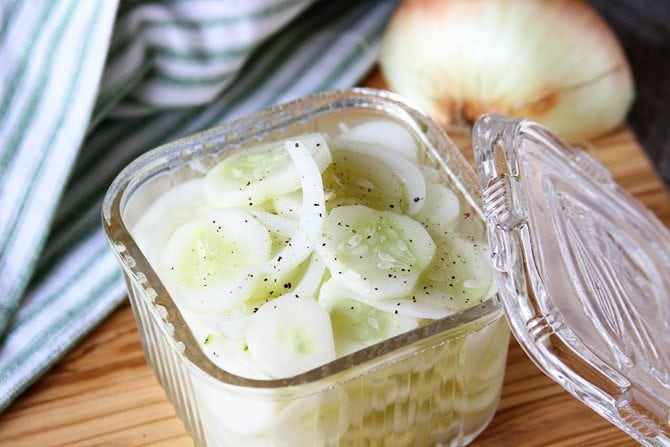 This year my wife, my best friend, and I all turn 30.  Up until now, I’ve kind of viewed it as just another birthday.  We had decided we would all go to Vegas this fall to celebrate, but it doesn’t look like that’s going to be possible – that whole having-to-be-a-responsible-adult thing really stinks sometimes.

This past weekend we celebrated my wife’s birthday, she’s the oldest of the three of us.  We had a great little celebration at a local restaurant with 30 of our closest friends and family.  Somehow after the party though, the realization of what 30 means has started to sink in.

I bought my first house at 22 years old.  Then, thinking about a 30 year mortgage meant paying it off when I was 52.  Not a big deal.  It’s different now.  A 30 year mortgage now, means it won’t be paid off until I’m 60.  More shocking is thinking that my child will be 32 then.  Wait! Am I saving enough for retirement?  Surely Social Security will be nonexistent by then, right?  Did I just say that?

It’s weird.  I’m not really scared of 30.  I guess 30 just means no one can look at me as a kid anymore.  Thirty is the age where you are officially, beyond the shadow of a doubt, an adult.  The truth is, I’m pretty mature for my age, but this just confirms it.  I keep thinking that there have to be some wild and crazy things that I need to squeeze into my twenties before the big three o – things that only a “kid in his twenties” would do.

I’m at a loss though.  I’ve never been a wild and crazy kind of guy.  Should I have been?  Did I miss out on something by not being wild and crazy? I think…  I think I’m thinking too much.  I’m too old for all this stress…  I’m so confused.

One thing I do know for sure is  that some of the most simple recipes are the best and this one is certainly not an exception to the rule.  Every time I make this stuff, I end up eating about half of it before supper time just picking at it while I’m cooking. The cool cucumber combined with the sweet onion and the tart vinegar, it’s just delish! 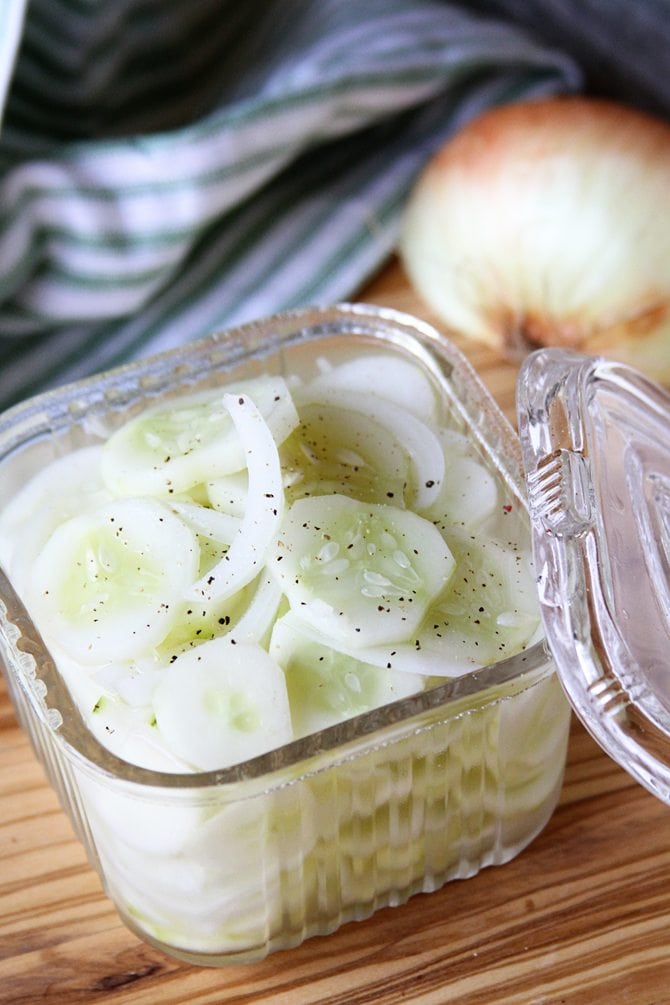 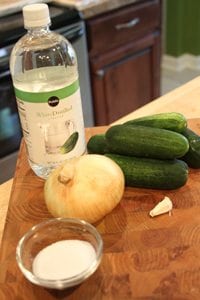 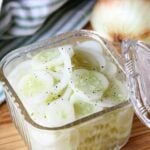 Did you make my Simple Cucumber and Onion Salad?I'd love to see! Share on Instagram, tag @southernbite, and use the hashtag #southernbite!
Tag on Insta Leave a Rating