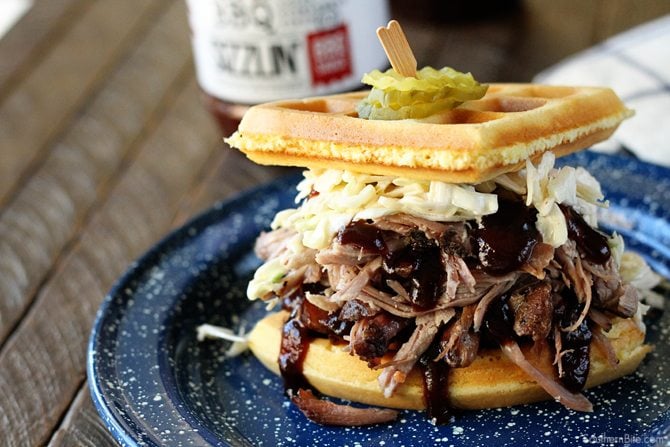 I’ve teamed up with Sonny’s to share this amazingly easy and ridiculously delicious Cornbread Waffle Pulled Pork Sandwich with Sweet and Spicy Slaw!  That’s a mouthful, but let me tell you… this sandwich is too!  You’re going to love it!  The pork is done right in the slow cooker and the sandwiches come together super fast. 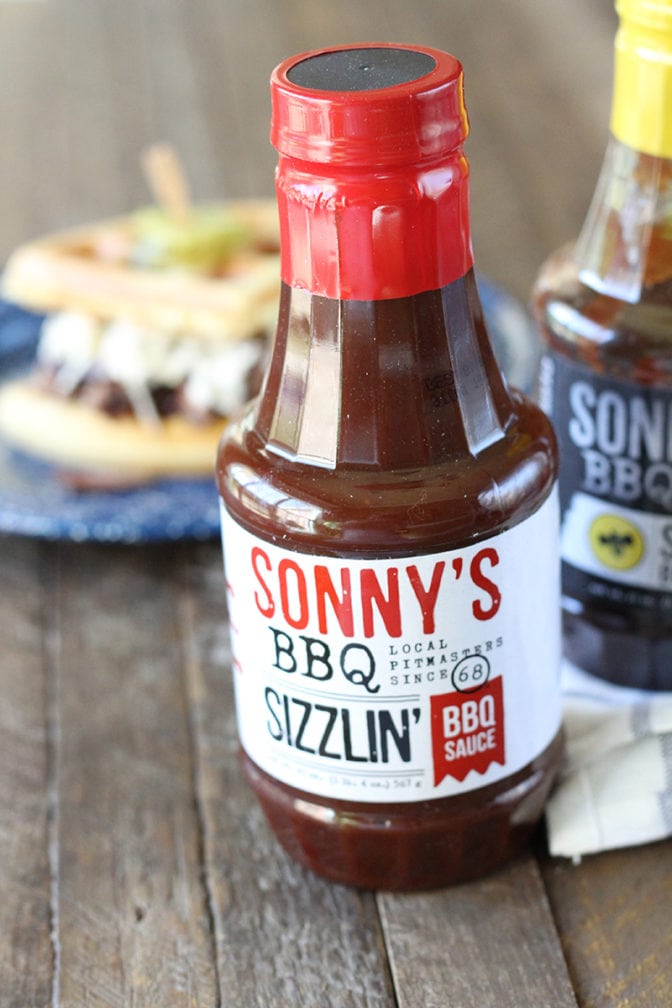 This sandwich has all my favorite things about pulled pork – delicious, tender meat, an amazing sauce, some tangy slaw right on top, and it’s all served up on a slightly sweet cornbread waffle.  It’s like a pulled pork sandwich trifecta!  Y’all just have to try this!  And don’t worry about the pulled pork tasting like root beer.  Even if you don’t like root beer, you’ll love this.  I promise.  It just gives it a little punch of flavor and helps to tenderize the meat – but it tastes nothing like root beer.  Scout’s honor.  🙂

The slaw isn’t really spicy.  In fact, it’s hardly spicy at all.  If you like things with a bit more heat, just add some more sriracha to the dressing.

Now, y’all fire up those slow cookers and get to the store!  There’s a new national holiday to celebrate! 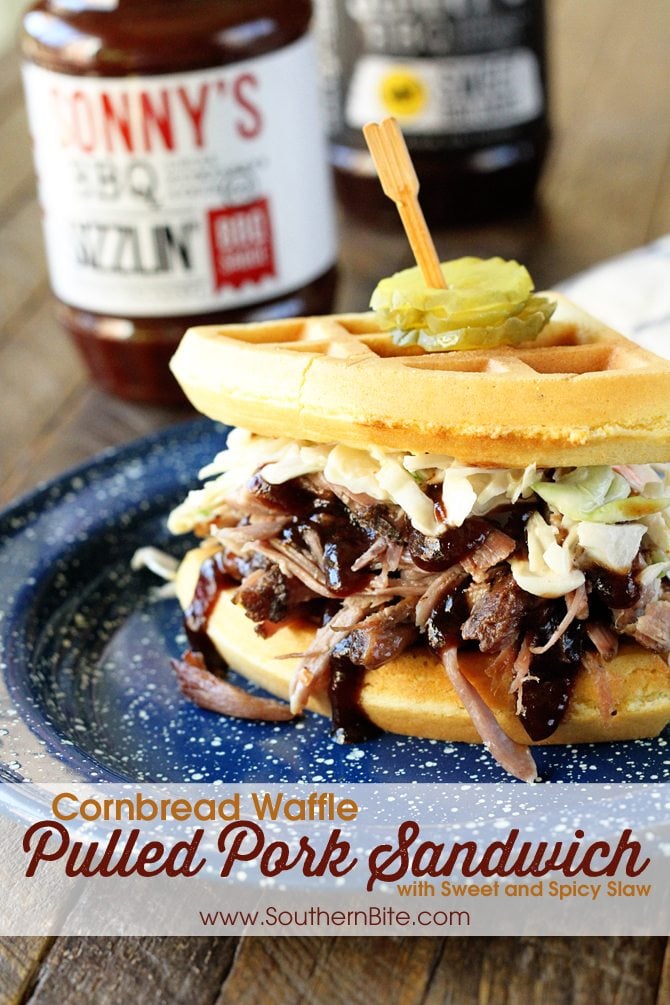 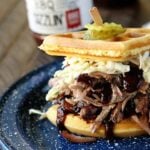 For the Root Beer Pulled Pork:

For the Sweet and Spicy Slaw:

For the Cornbread Waffles:

For the Root Beer Pulled Pork:

For the Sweet and Spicy Slaw:

For the Cornbread Waffles:

To make the sandwiches: