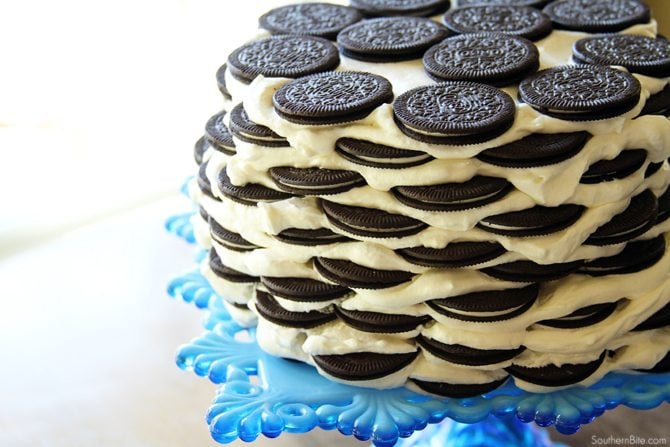 I absolutely love an icebox cake.  They’re easy, delicious, and are a fun and different dessert.  And I’ll admit to being a purist when it comes to the cool confection.  The old fashioned version with Nabisco chocolate wafers and whipped cream is my favorite.  But those wafers can be really hard to find and when you do find them, they’re usually pretty expensive.  Enter the Oreo Thin.  Y’all know my obsession with everything Oreo (Oreo Delight, Oreo Ice Cream), so it’s probably no surprise I’m the one searching the stores each time a new Oreo flavor comes out.  For me, most of them haven’t really compared to the original, but that’s not the case with the Oreo thins.  I really love the crisp thin cookie and while I’m usually Double Stuff guy, the amount of cream in the Thins is perfect too.  But I’m getting off topic here… they’re good.  You get the point. 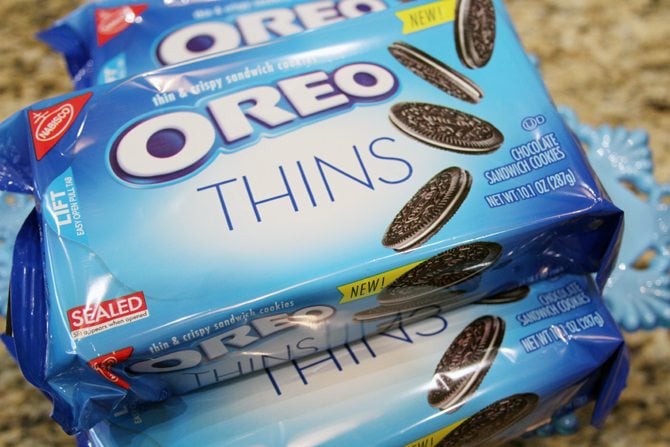 Anyway, I wanted to make a dessert for Sunday dinner last week and went out searching for the Nabisco chocolate wafers to make an icebox cake.  Four stores and a quarter tank of gas later, I had no chocolate wafers for my cake.  Then I remembered the new Thins.  “These would be perfect,” I thought.  And perfect they were.  Plus, they’re so much easier to find.  Let me show you how to make this beauty…

But first, let me say this… 1. Yes, it takes 4 packages of Oreos and Oreos can be expensive.  My advice is to watch for them to go on sale or BOGO at the grocery store and make it then.  Or just buy 4 packages or Oreos and move on.  When you consider all the ingredients it would take to make a traditional cake, it probably about balances out.  2. Yes you can half the recipe.  It halves perfectly and you’ll just have a shorter cake.  3. Yes it takes a little time to get this thing sitting pretty and keep it in a round shape, but that’s just it.  It’s just about taking your time, not about any great skill.  And if it doesn’t look pretty, it will still taste great.  So don’t get to caught up in the look.  🙂 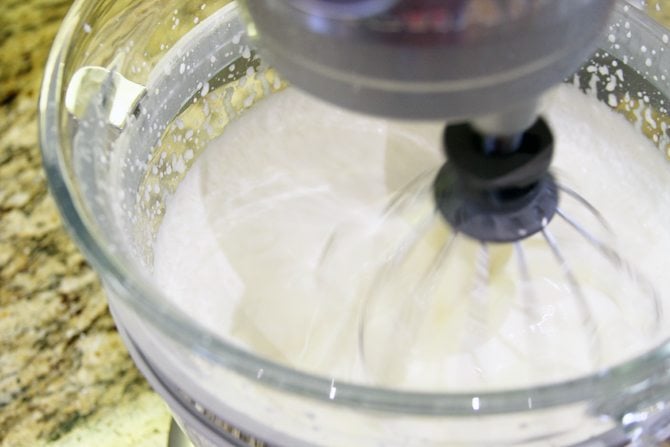 Start by adding the whipping cream to a mixing bowl and whip it with a hand or stand mixer until soft peaks form.  Add the sugar and vanilla and mix until it is incorporated. 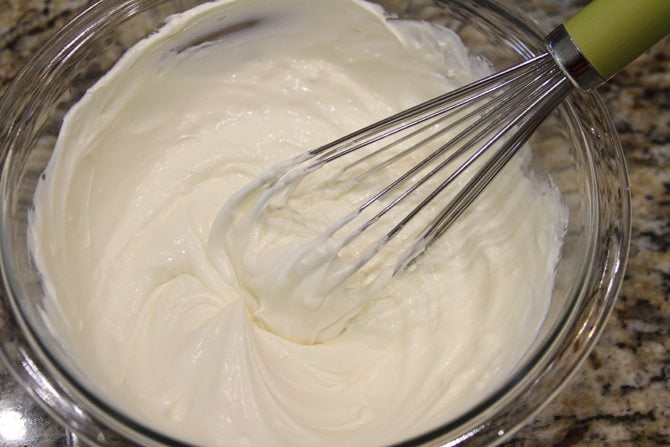 In a small bowl, stir the softened cream cheese until smooth.  If you need to, zap the cream cheese in the microwave to get it super soft, just allow it to cool completely before adding it to the whipped cream. 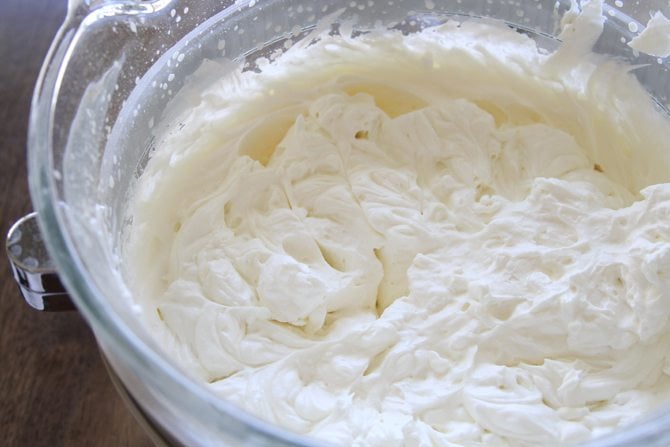 With the mixer on, gradually add the softened cream cheese to the whipped cream and mix until it is well incorporated. 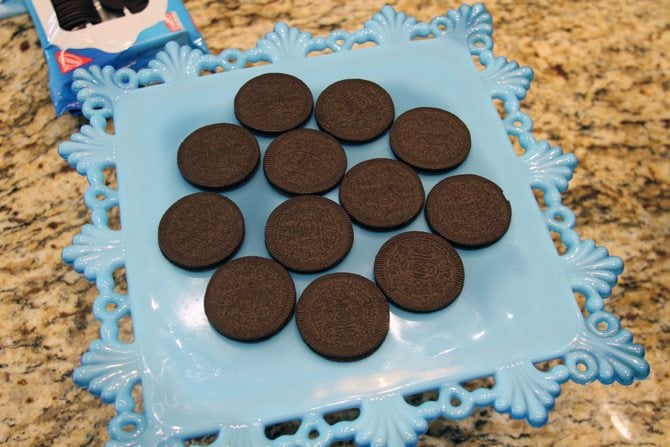 Choose a plate or pedestal that will fit into your refrigerator with the cake on it, because this will have to stay refrigerated.  Take 12 Oreos an arrange them in a circle on the plate – 9 cookies on the outside ring, 3 in the middle. 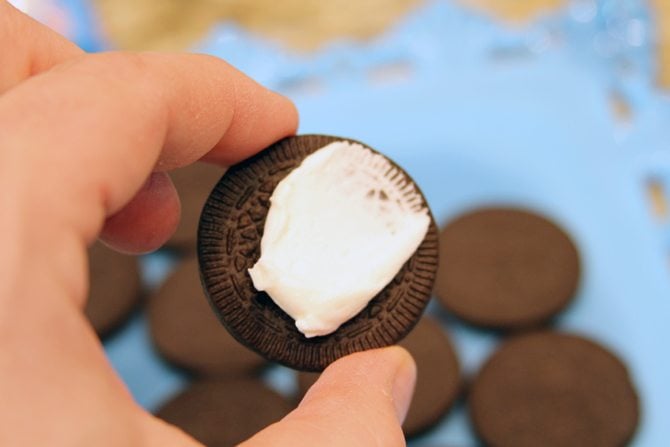 Then lift each Oreo and put a little whipped cream on the bottom and stick it to the plate in its position. 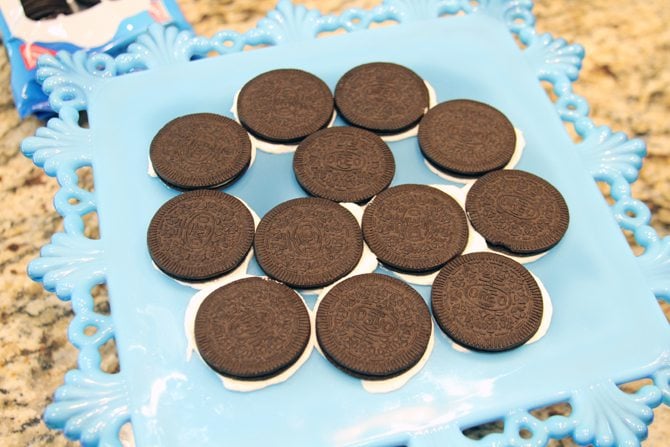 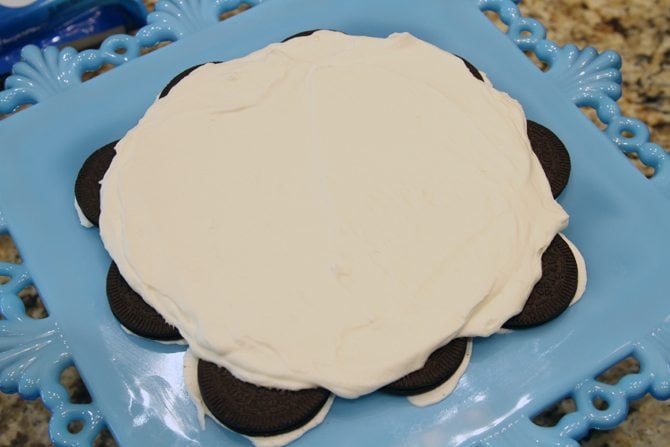 Next top the Oreo layer with a layer of whipped cream.  I used about 1/2 to 3/4 of a cup between each layer.  Spread it thin, leaving a little bit of each Oreo exposed on the edge. 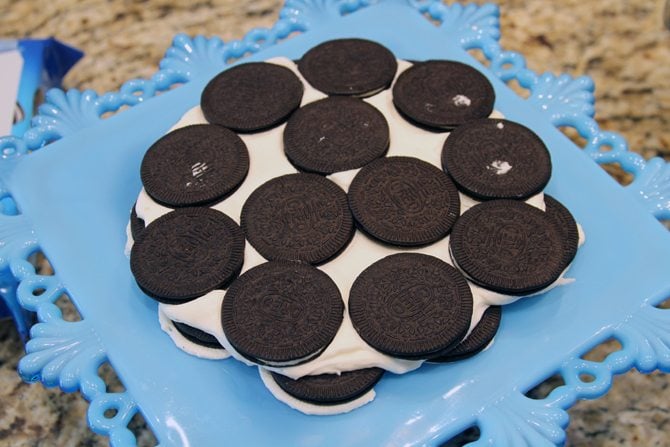 Stack another layer of 12 Oreos on the whipped cream – being sure to stagger them in each layer.  That helps to keep the cake together.  Stacking the Oreos on top of one another would allow it to fall apart. 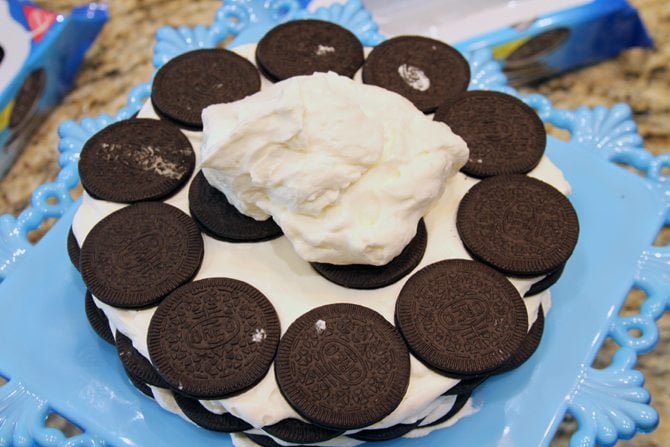 Keep staking and layering until you’ve used nearly all the Oreos.  You’ll probably end up with a couple extra.  Those are your reward for your hard work and they’ll help to satisfy you for a little while being that this baby has to chill for at least 4 hours.  🙂  Temptation can be fierce.  🙂 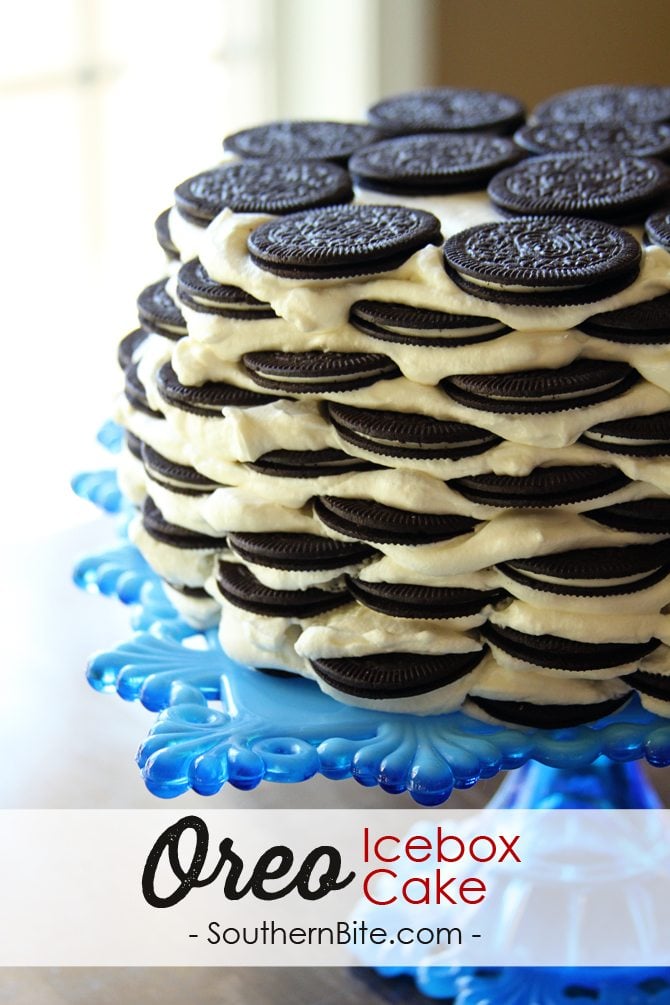 Once it’s put together, you’ll need to refrigerate it for at least 4 hours but preferably overnight.  The cookies will absorb the moisture from the whipped cream and will soften to allow you to cut it perfectly – just like a cake.  Y’all enjoy! 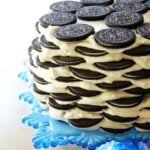 Be sure to check out the picture tutorial on SouthernBite.com.
Making This Recipe?Tag me on Instagram: @SouthernBite using the hashtag #SouthernBite, so I can see how it turned out!