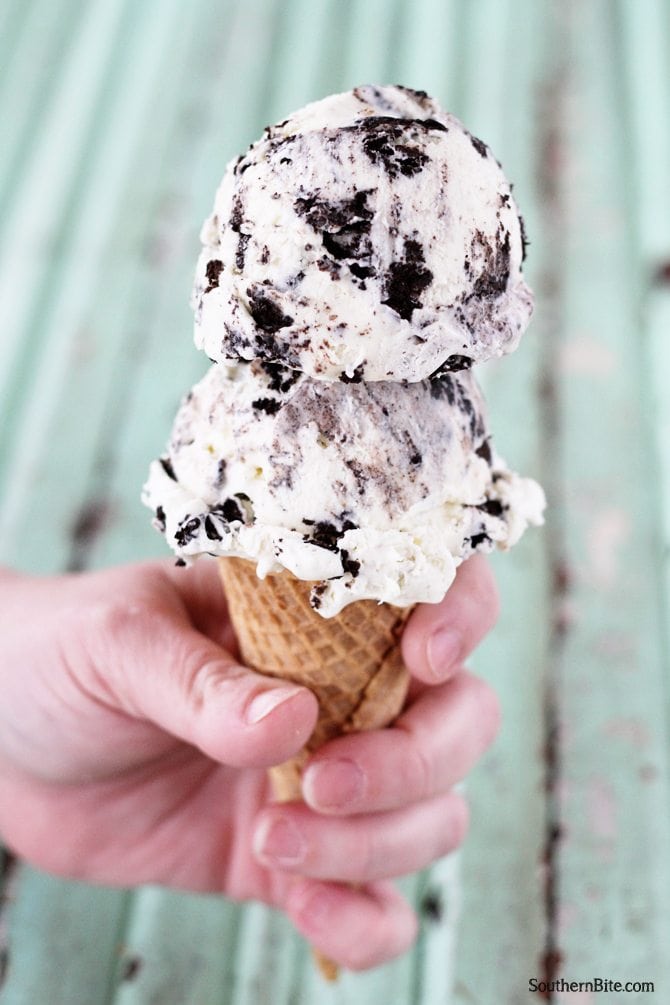 I’ve been seeing these recipes for no-churn ice cream float around for a while now, but I was hugely skeptical.  I decided to give it a try and low and behold, this stuff is AMAZING.  I’ve tried several versions now and this Oreo version is my absolute favorite.  It might have something to do with the fact that I’m obsessed with Oreos and that Oreo ice cream is probably my favorite ice cream, but regardless… this one is my favorite!  It literally takes 15 minutes and is SO much easier than making it the old-fashioned way in the churn.

And while we’re talking about it, I’m just going to go ahead and tell you that every kid should get to experience the process of homemade ice cream at least one time in their lives.  Growing up, it was always my job to sit on the ice cream maker while the grown ups took turns cranking the handle on the old ice cream maker.  Yeah, I’m sure my grandparents had an electric one, but there is just something about hand-turned ice cream that tastes better.  I think it’s probably the sweet reward after all the hard work that goes into it!  Wow, such fond memories of sitting on that beach-towel-wrapped ice cream maker on my grandparents carport…  y’all go make some ice cream.  🙂 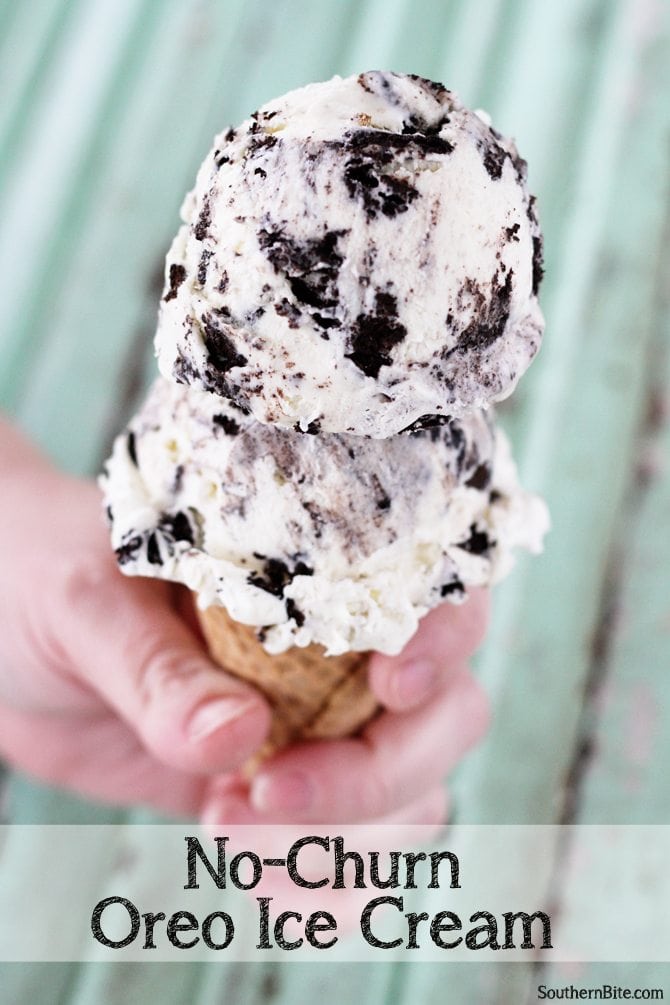 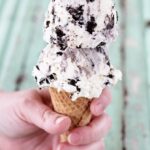 Did you make my Easy No-Churn Oreo Ice Cream?I'd love to see! Share on Instagram, tag @southernbite, and use the hashtag #southernbite!
Tag on Insta Leave a Rating