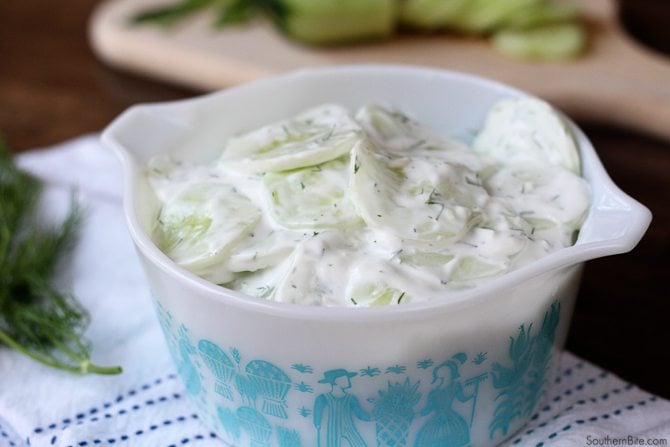 Summers in the south are hotter than Satan’s armpit. So, for me, that means adding some cool and refreshing sides to summer mainstays like ribs and pulled pork.  Cole slaw, corn salad, and other things like this AMAZING Creamy Cucumber Salad are just the ticket.  The cool and creamy flavors pair well with bbq and help to keep you cool, too! And this dish gets extra pints because it’s crazy easy! 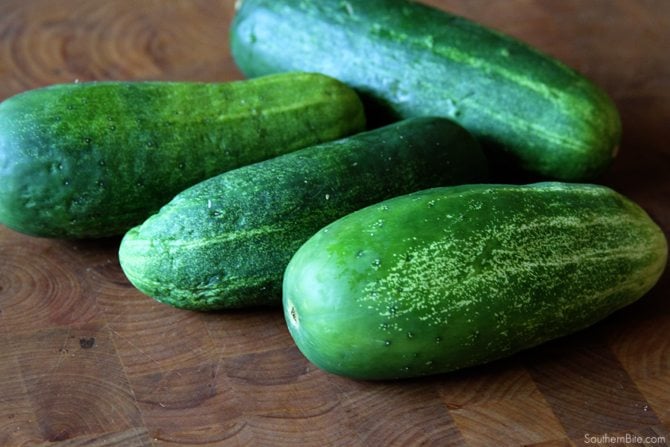 I’m really a big fan of using these Kirby cucumbers for this dish.  They’re also called pickling cucumbers.  I just prefer the flavor and texture of them for this recipe.

If you can’t put your hands on some, don’t worry.  Two or three of the larger slicing or English cucumbers will work just fine. 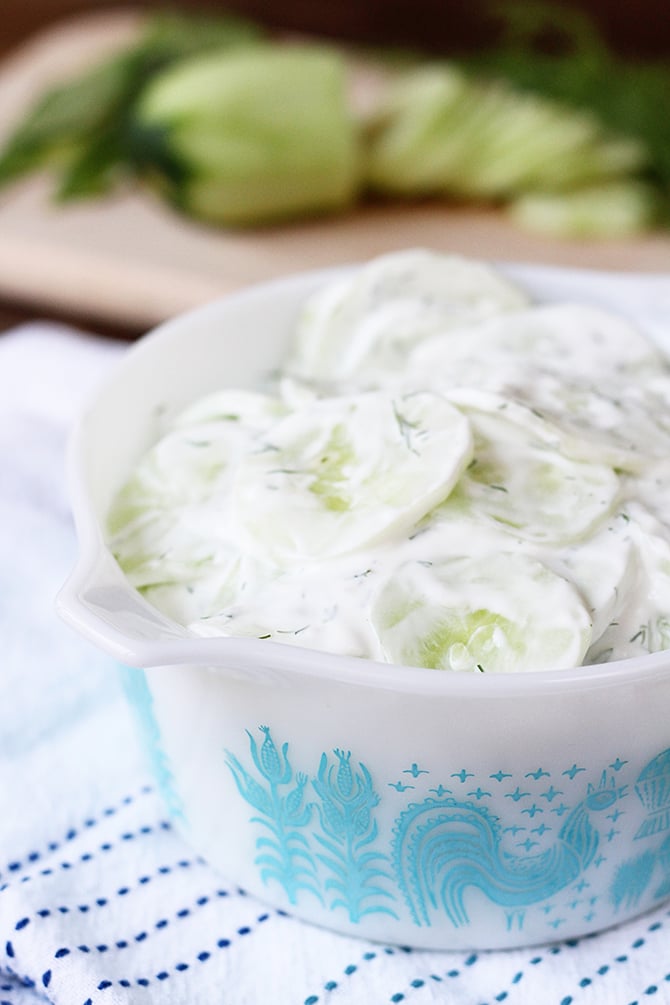 One thing of note here on the prep: To remove some of the moisture in the cucumbers, you’ll need salt them. That salt draws the excess moisture out. This is an important step if you want to ensure you don’t end up with runny dressing.

BUT, if it’s something you’re going to eat immediately and probably won’t have any leftovers, you can skip this step if you wish.  This short video gives you a little more detail.  Just note that in this recipe, there’s no need to rinse the excess salt away after the cucumbers drain. 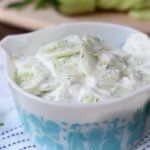 I prefer using the Kirby or pickling cucumber for this recipe, but English cucumbers will work just fine. You'll need 2 large English cucumbers if you go that route. This dish is best served fairy quickly after being made. Even though the salt draws out some moisture, the longer it sits, more moisture will be drawn out and can make the dressing watery. Learn more about using salt to draw out excess moisture with this video.

Did you make my Creamy Cucumber Salad?I'd love to see! Share on Instagram, tag @southernbite, and use the hashtag #southernbite!
Tag on Insta Leave a Rating