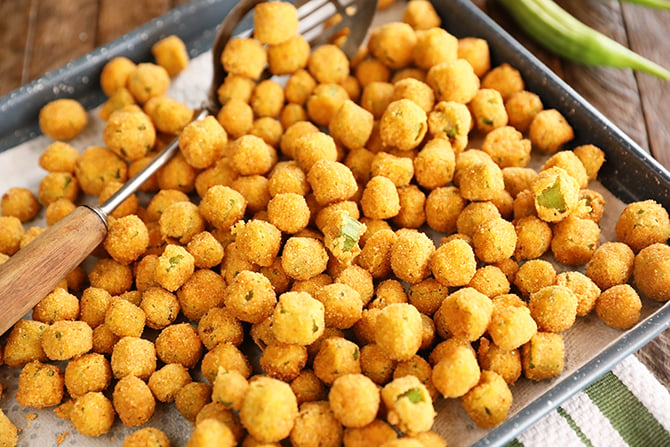 It doesn’t get much more Southern than fried okra. Am I right? Last week I got a hankerin’ for some of the stuff, made some, and sat and ate it until I was about three pieces short of sick. It’s just so dang good! It’s like Southern popcorn or something.

Now, in the South there are basically two ways to do fried okra.  And honestly, I love them both; I don’t really have a favorite. This particular method is what I call the “piece” method.  It’s where you coat individual pieces of okra in a seasoned flour/cornmeal mixture and deep fry them.

The other method I call the “hash” or “skillet-fried” method. It is where you combine the coating and okra together and cook it stove-top in a cast iron skillet. That results in a more hash-like finished product. Find the recipe for my Old School Skillet Fried Okra here. 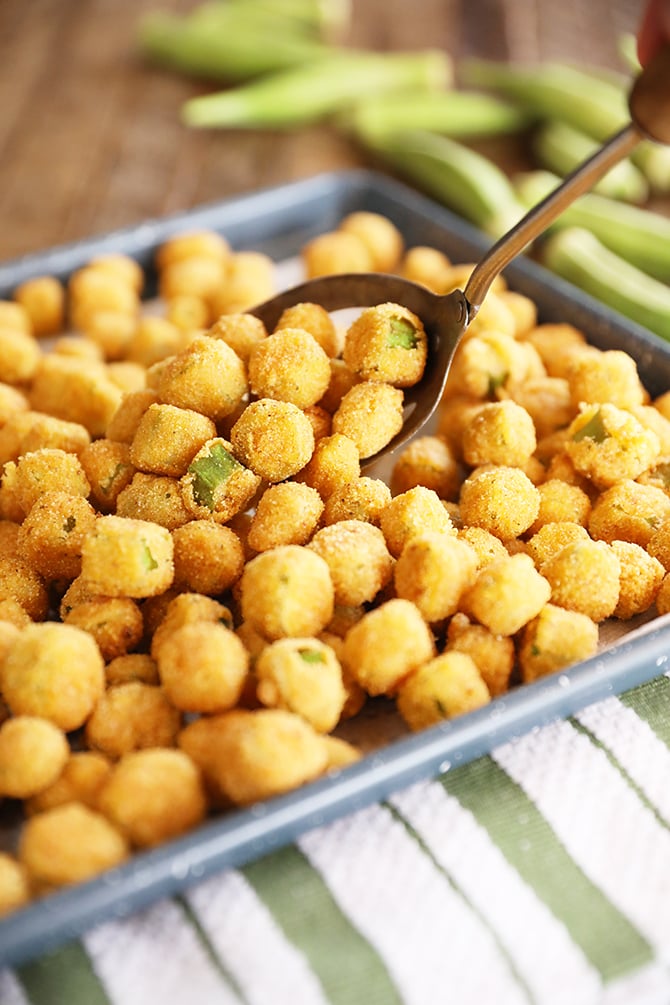 I much prefer this made with fresh okra, but in all honesty, frozen cut okra works really well. And a lot of the work is already done for you being that it’s been washed, trimmed, and cut into bite size pieces. You’ll just need to thaw it completely first.

This particular recipe makes some of the best fried okra I’ve ever had. Using a box of Zatarain’s Seasoned Fish-Fri Southern Style is the trick.  It saves you a ton of time and expense being that all the spices and flavor is right in the mix. It’s savory and tangy with a touch of lemon and a hint of spice. The mix is great on lots of stuff, but I especially love it on okra. (And no, this isn’t sponsored by Zatarain’s.)

And while coating each piece of okra sounds daunting, it’s really not. My quick and easy method using a zip-top bag makes it super simple and crazy fast. 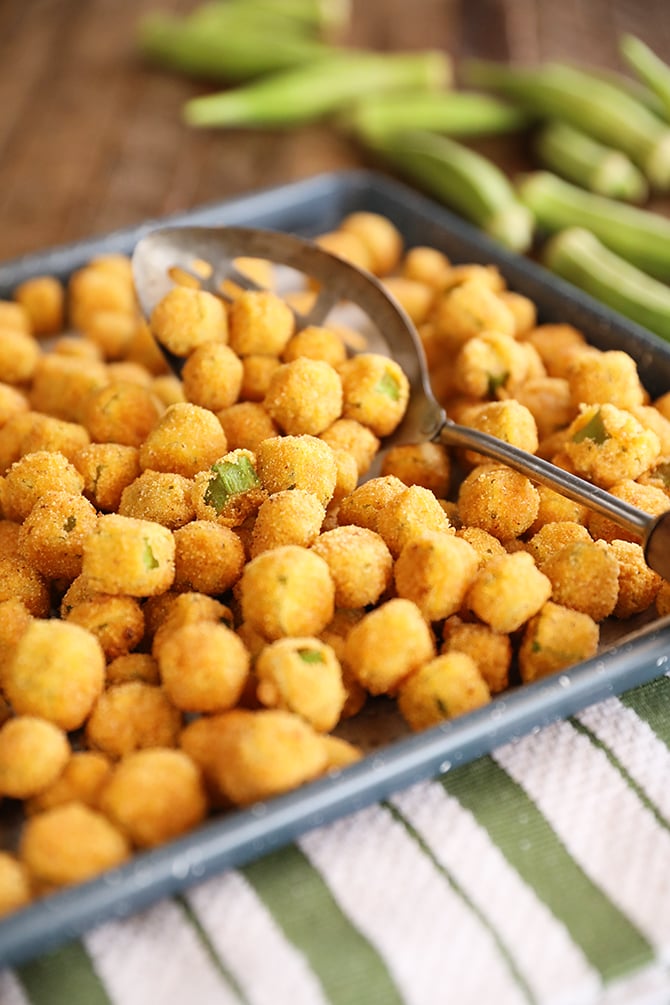 Regardless of whether you use fresh or frozen, if fried okra is your thing and you like a little spice, you’ve got to try this version. It’s great served with some ranch dressing or a little comeback sauce, but there’s so much flavor here, you’ll probably just want to eat it all by itself. 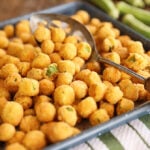 Did you make my Fried Okra?I'd love to see! Share on Instagram, tag @southernbite, and use the hashtag #southernbite!
Tag on Insta Leave a Rating 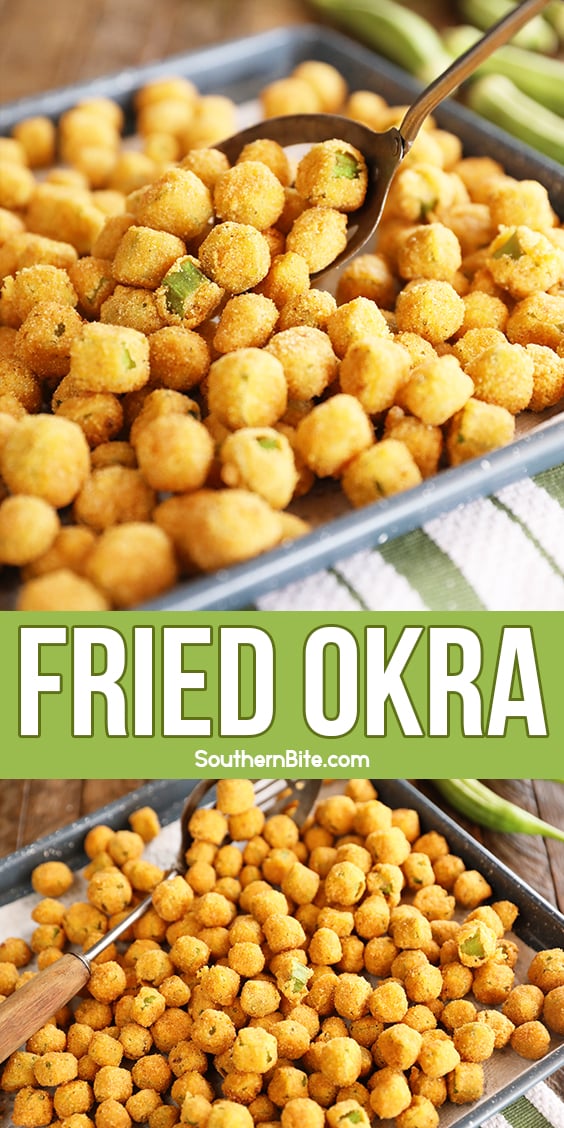