Note: Every now and then, I like to jump back to old posts and update the photos a bit.  My skill has changed over the years and some recipes just deserve a little refresh.  I’ve updated the images and the post here a little.  Y’all enjoy!

Y’all.  I just love fried corn.  Like LOVE it.  For those of you not too familiar with Southern fried corn, it’s not a big ol’ ear of corn deep fried – though I have seen that!  I guess you’d liken it to something more like creamed corn.  Though I’m not sure that’s even a good comparison.  Quite literally, it’s fresh corn, cut off the cob, and fried in butter and bacon grease in a cast iron skillet.

It’s one of my absolute favorite vegetable sides and I look forward to early summer and the first crops of corn each year so I can have some.  I could literally hurt myself eating the stuff. 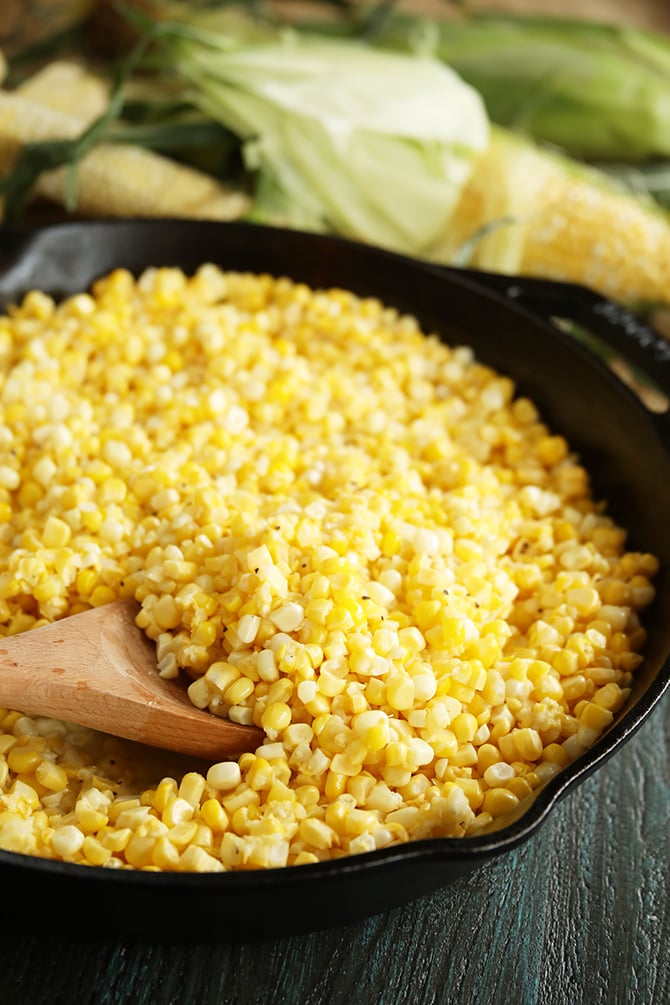 There are a few tips and tricks you’ll need to know to make authentic Southern fried corn though.  Most of them really boil down to prep.  You can’t just cut it off the cob and throw it in a skillet.  There’s a little more involved, but I promise it’s not too hard. 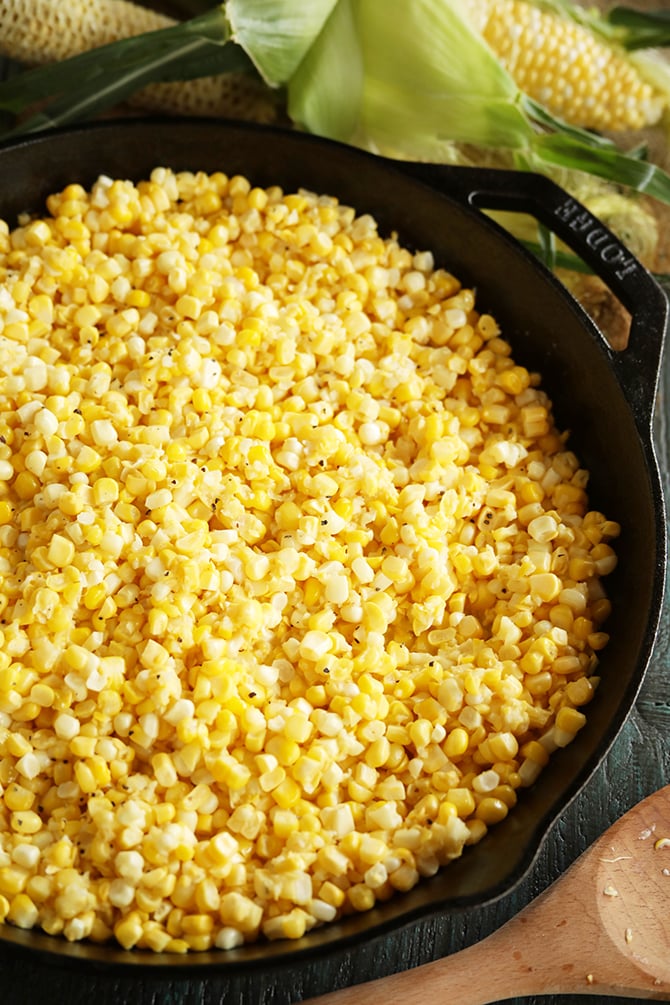 One of the biggest issues with using fresh corn is all that shucking and removing the silks. Ugh! But I use this super easy microwave method where you cut off the stem end of the corn and microwave it for a couple minutes then shake the perfectly clean corn out fo the husks and silks. Get all the details here. It’s not always foolproof, but it will certainly get you way ahead of the game.

The biggest secret/tip I can pass along is you HAVE to scrape the cobs.  Yep, after you cut the corn off the cob, turn your knife over and scrape the remaining parts of the kernels out.  All that extra starch (sometimes called milk) will help to thicken the dish and give it some great flavor and texture.

Once you cut the corn off the cob, it’ll look like this… 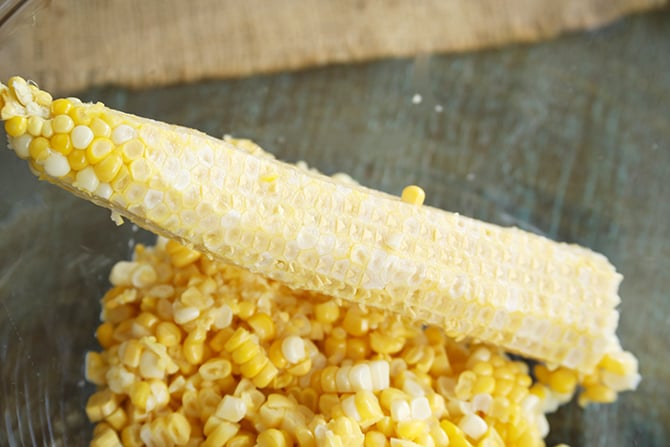 Once you scrape all that goody out, it’ll  look like this… 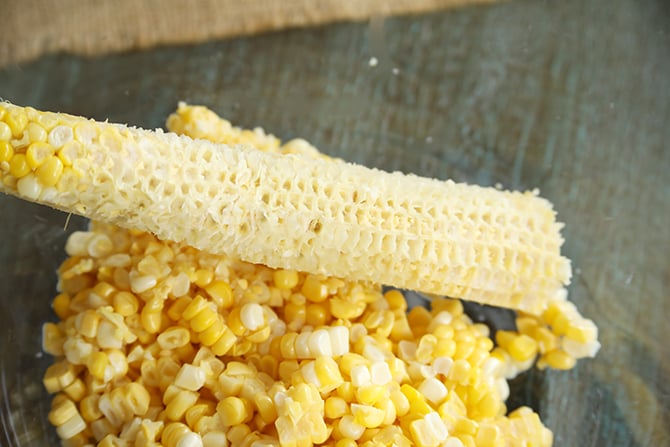 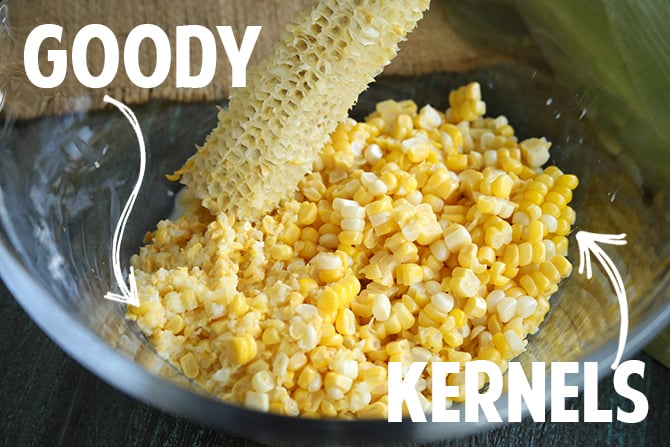 The other thing to keep in mind is that while bacon grease is optional and you can choose to use all butter, the bacon grease adds a perfect savory flavor and smokiness that I think is key to perfect fried corn. 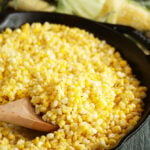 To make this dish even creamier, a few splashes of heavy cream right at the end might be just what you're looking for!

Did you make my Southern Fried Corn?I'd love to see! Share on Instagram, tag @southernbite, and use the hashtag #southernbite!
Tag on Insta Leave a Rating 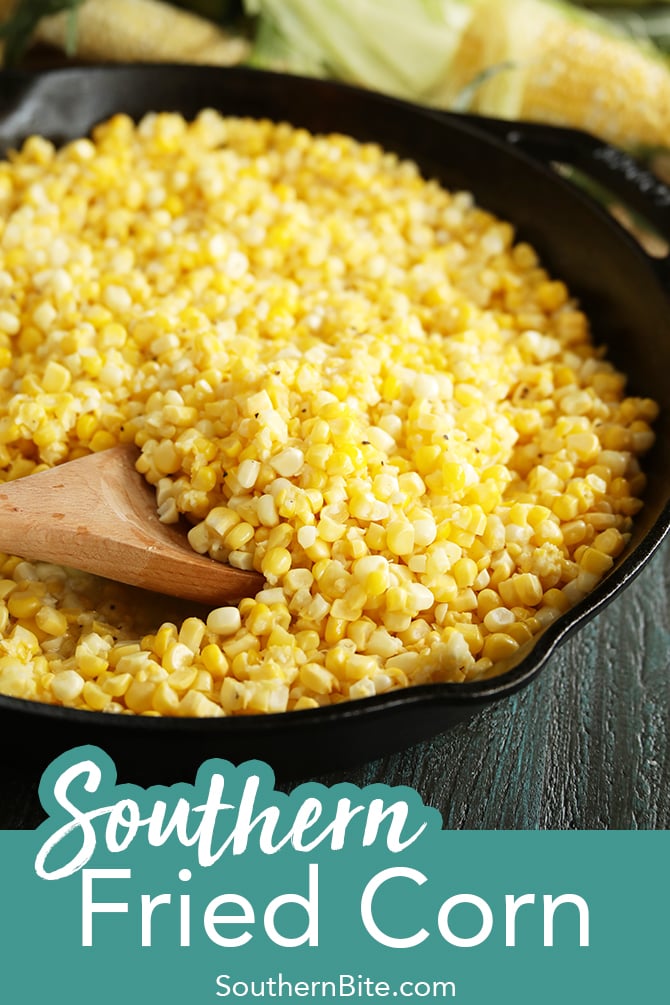