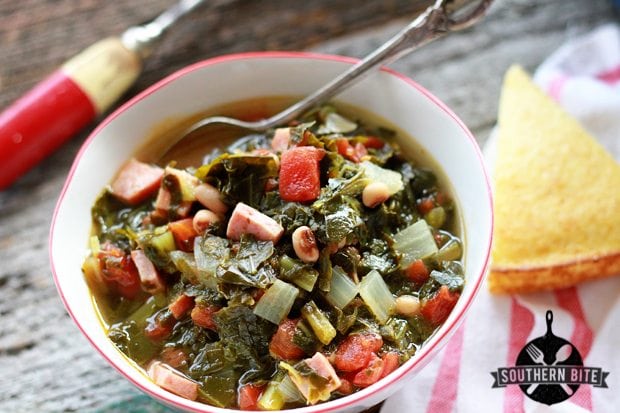 If you’re a true Southerner, then you know exactly what potlikker is.  It’s the delicious, vitamin-rich broth that’s left over when cooking greens – be they collards, turnip greens, kale, etc.

In my family,  it was often saved and we would crumble cornbread in it – some eating it for lunch the next day.  As I said, it is crazy delicious, but also full of vitamins and minerals being that most of them cook out of the greens.  In fact, many old-school doctors used to (some still do) suggest drinking potlikker for a variety of ailments but especially anemia being that the broth is rich in iron.  It’s also chock-full of vitamins K and C, though they vary depending on which green it is that you’re cooking.  Regardless, it’s good stuff and it’s good for you. 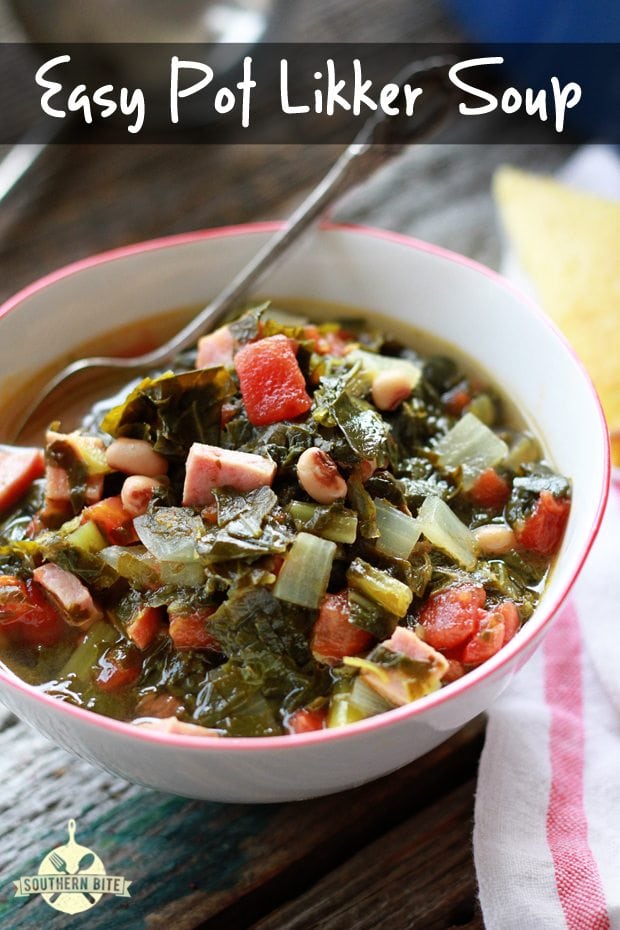 Now, I’ll admit that this isn’t TRUE potlikker soup because it doesn’t use the leftover broth from cooking greens. BUT, it has the same great flavor, is ready in half the time, and keeps the greens in it rather than just having the leftover broth.

It’s a hearty and filling soup and one that you can customize with your own favorite beans, vegetables, and greens.  I used collards (they are my personal favorites), black-eyed peas, and tomatoes, but you could use nearly any green and any combination of beans or peas that you like.

The recipe also calls for 1-pound of chopped ham.  This can be ham steaks straight out of the refrigerated case at the grocery store (that’s what I used) or it can be leftover pieces from a large ham.  You could even use ham hocks or jowl if you wanted to.  It’s completely up to you.  You’ll just want to be sure it’s smoked ham so that it gives the soup that smokey flavor.

Now, I’m going to go ahead and stop you before you try to tell me that it’s “pot liquor” instead of “potlikker.”  See this letter to the editor, from then Lt. Governor of Georgia Zell Miller, printed in the New York Times in 1982 for reference.  🙂 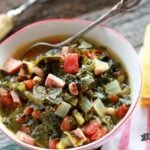 Print Pin Save
5 from 4 votes

Did you make my Quick and Easy Potlikker Soup?I'd love to see! Share on Instagram, tag @southernbite, and use the hashtag #southernbite!
Tag on Insta Leave a Rating