Whether you know this as the 1981 Salad from Chef Art Smith’s Homecomin’ or the 1905 Salad from The Columbia, I just know it as the Best Salad Ever! With lettuce, ham, cheese, tomatoes, artichokes, it’s the bold, tangy dressing that’s the real star. 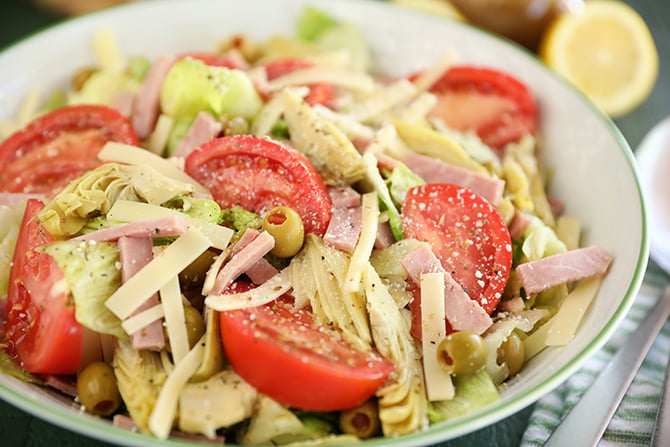 During our Last Trip to Walt Disney World we had dinner at one of our favorite restaurants – Chef Art Smith’s Homecomin’ at Disney Springs. We eat there just about every trip as the food is always delicious and the atmosphere is fun. This time, though, I noticed something different on the menu… the 1981 Salad.

Described on the menu as “chopped iceberg and spring mix lettuce, honey ham, roasted artichoke, tomato, Swiss cheese and Spanish olives. The secret is in the sauce with Worcestershire, lemon juice, olive oil, garlic and vinegar. Chef Art’s nod to the Tampa classic.” Now, that Tampa classic it’s referring to is the 1905 Salad that became famous at the Columbia Restaurant in Ybor City. The Columbia is a landmark restaurant that holds the title of the oldest continually operating restaurant in Florida and the oldest Spanish restaurant in the United States. It’s also one of the largest Spanish restaurants in the world with 1,700 seats; it takes up nearly a city block. Now, I had the 1905 Salad back when I was in Tampa for a conference in college and I absolutely loved it. So, I knew I had to try Chef Art’s version – which he named as an ode to his first Disney cast role in the Magic Kingdom College Program back in 1981. 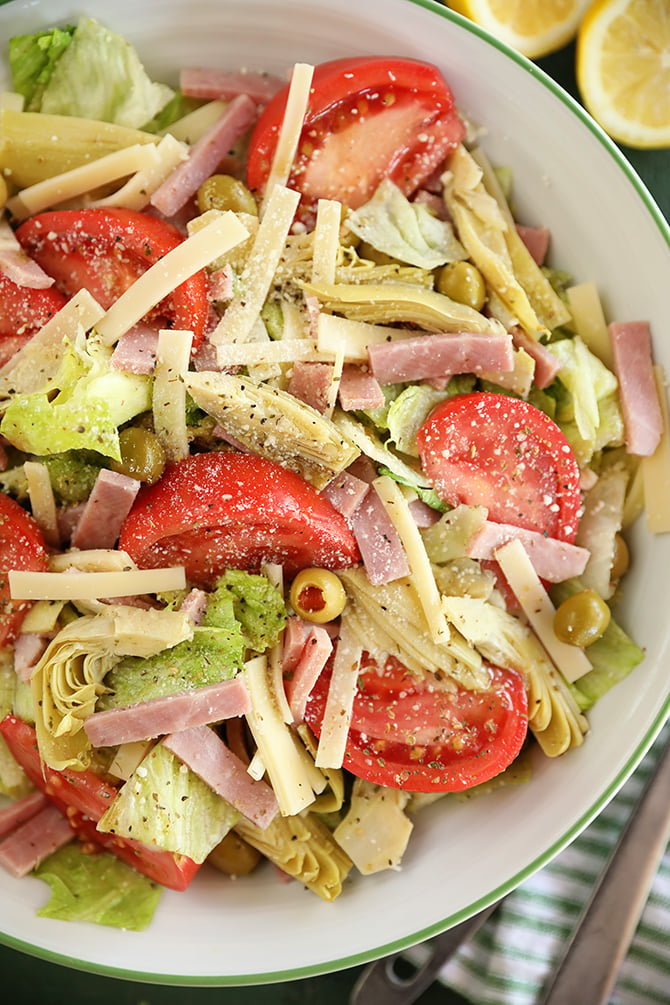 It was everything I had remembered and more! This isn’t a light little side salad. It is packed with toppings. But it’s the specific combination of ingredients and the big, bold flavor of the dressing that makes this salad so special. And while the Worcestershire sauce gives the dressing its unique flavor, the garlic is what gives it the kick of flavor. It’s the kind of salad that will require breath mints or gum later, but it’s 100% worth it!

Being nearly 8 hours from Orlando and even farther from Tampa, I knew I had to recreate the recipe at home so I could enjoy this deliciousness anytime I wanted. Fortunately, the Columbia shares their recipe on their website, so I had a great place to start. And honestly, it didn’t need much work. Chef Art’s dressing is much more flavorful and tart than the original version, so I added some more vinegar to kick it up a notch.

Chef Art added some spring mix to his version as the original version just calls for iceberg. He also added artichokes, which I think was brilliant as they add great flavor and are one of my favorite veggies. I also think his salad has more toppings in general, so I included more in my recipe. 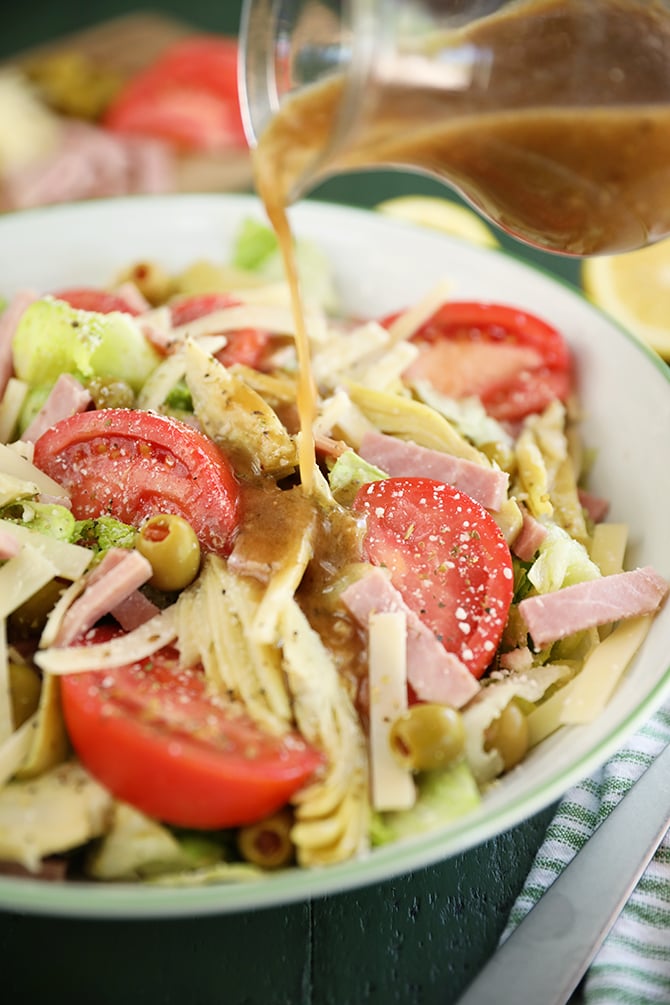 At the Columbia the dressing doesn’t include the lemon or Worcestershire. Those are added with the dressing as it’s tossed table-side. To make it a little easier, I added those ingredients to the dressing – as does Homecomin’. For a more authentic experience, you can add it when serving. I developed my version to be more like Chef Art’s.

So when it came time to name this recipe, I knew I wanted to make it recognizable as a copycat of Chef Art’s but also pay homage to the OG. And when I couldn’t decide exactly what to name it, I decided to call it all of them!

A few things to keep in mind…

Chef Art included some spring mix in his salad, but I just used iceberg in my version. I’m usually not a huge iceberg fan, but it just works in the recipe and gives it the crunch it needs. And though iceberg doesn’t have much flavor, you won’t need it with the crazy flavorful dressing. But feel free to add in some spring mix, if you wish.

The dressing is the real star here. For me (and for the Columbia) Lea and Perrin’s Worcestershire sauce is a must. In fact, The Columbia claims the title of being Lea and Perrin’s largest customer. This dressing gets better as it rests to allow the flavors to meld, so feel free to make it a day or so in advance. 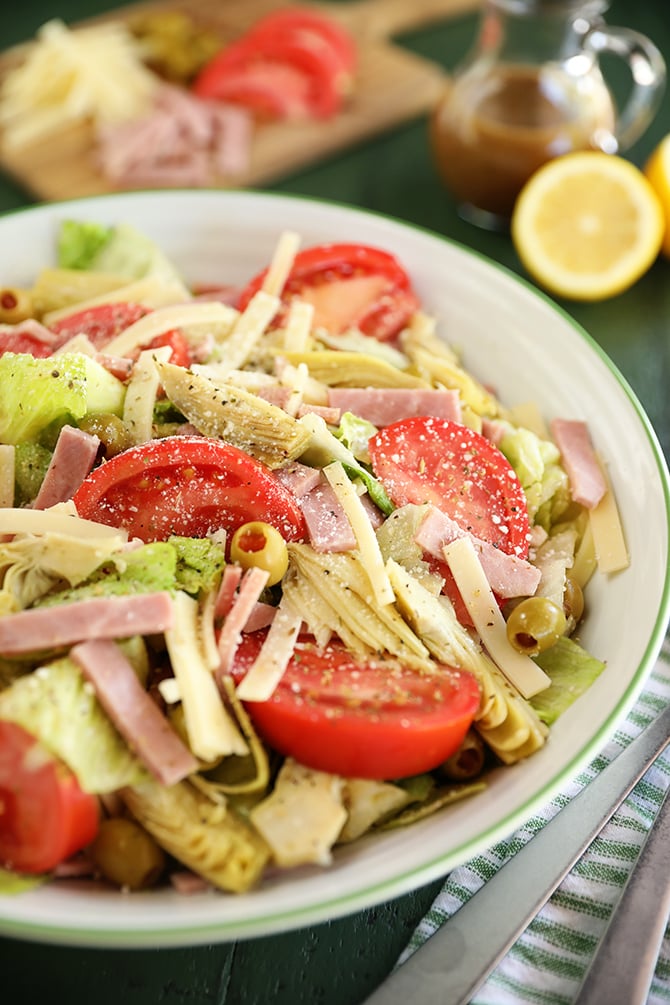 Again, this dressing is bold, so be cautious about just pouring it all in. I add some dressing, toss, and taste to get it where I want it. It’s always easier to add more than it is to take it away.

The ham and cheese both call for them to be julienned or cut into matchstick sizes. I think it’s a great way to add some textural difference to the salad, but they will taste just the same however you decide to cut them.

This brings up another thing that I thought I’d share as a recipe developer. When an ingredient in a recipe lists the prep part before the ingredient name is means that you’ll need to prep it in that manner before measuring. For instance, the recipe calls for “1 cup of julienned Swiss cheese,” so you’ll want to julienne it before measuring. If the recipe called for “1 cup of Swiss cheese, julienned,” you’d measure it first, then cut it. Does that make sense? Educated cooks make better cooks, right?

Now go make this salad! Y’all are going to LOVE it! 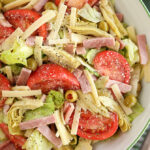 Did you make my The 1981 Salad or The 1905 Salad or The Best Salad Ever?I'd love to see! Share on Instagram, tag @southernbite, and use the hashtag #southernbite!
Tag on Insta Leave a Rating 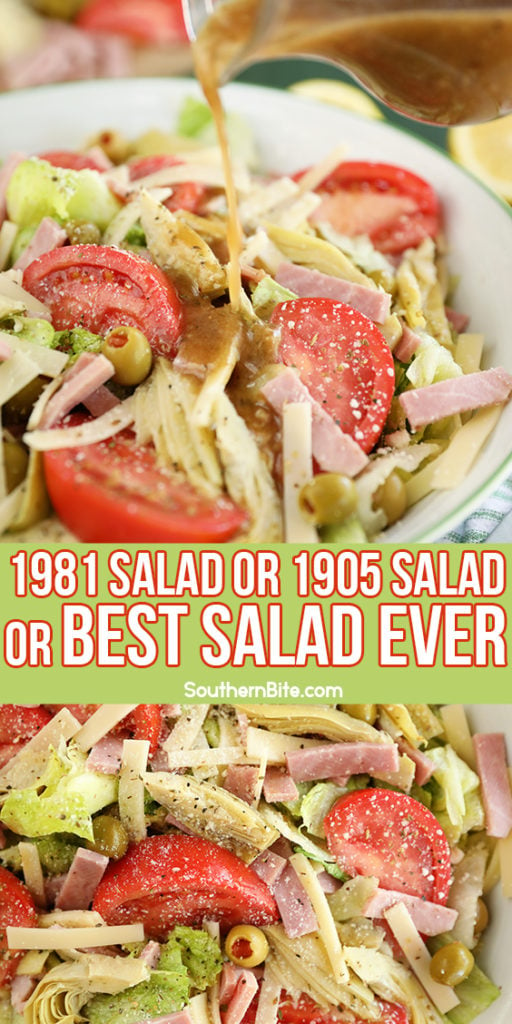