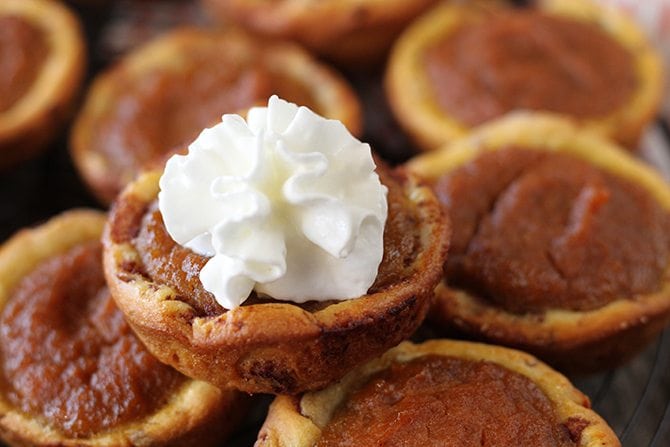 Are you pumpkin-ed out yet?  No?  Good!  I’ve got another super easy recipe that you’re going to want to try.  These Cinnamon Roll Pumpkin Pie Bites have a crust made out of canned cinnamon rolls for a super easy cup to hold that beautiful pumpkin filling!  Not only that, but the cinnamon rolls add tons of flavor to these crunchy little bites! 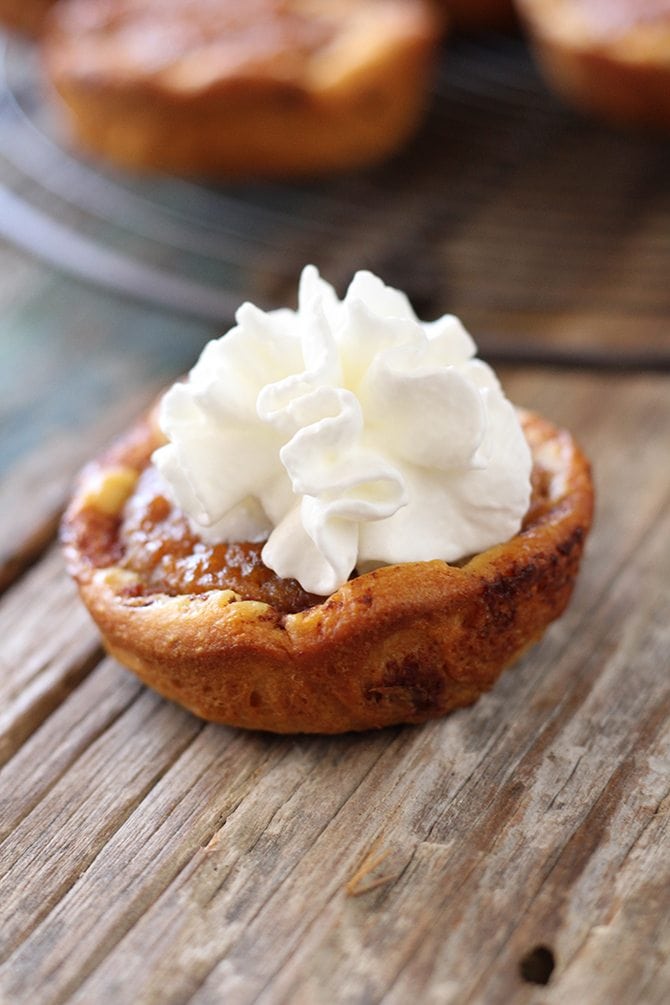 The hardest part of this recipe is cutting up the cinnamon rolls and pressing them into a muffin tin.  Seriously.  If you can do that, you can makes these.  And something tells me you’ve got that covered. 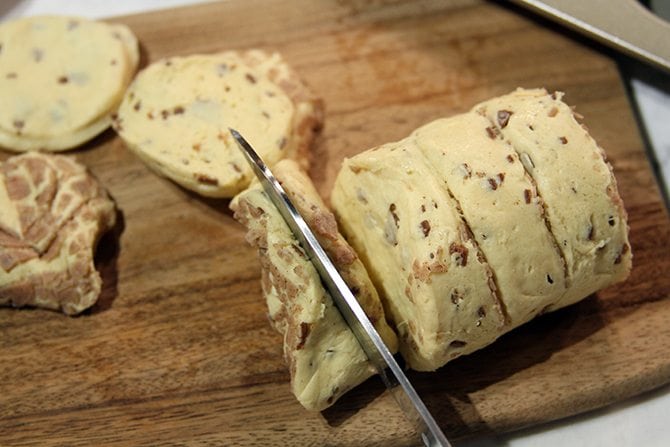 Start by opening up the cinnamon rolls – being cautious not to pop them open and scare yourself – and slice each one in half across.  We want two thinner cinnamon rolls from each one. 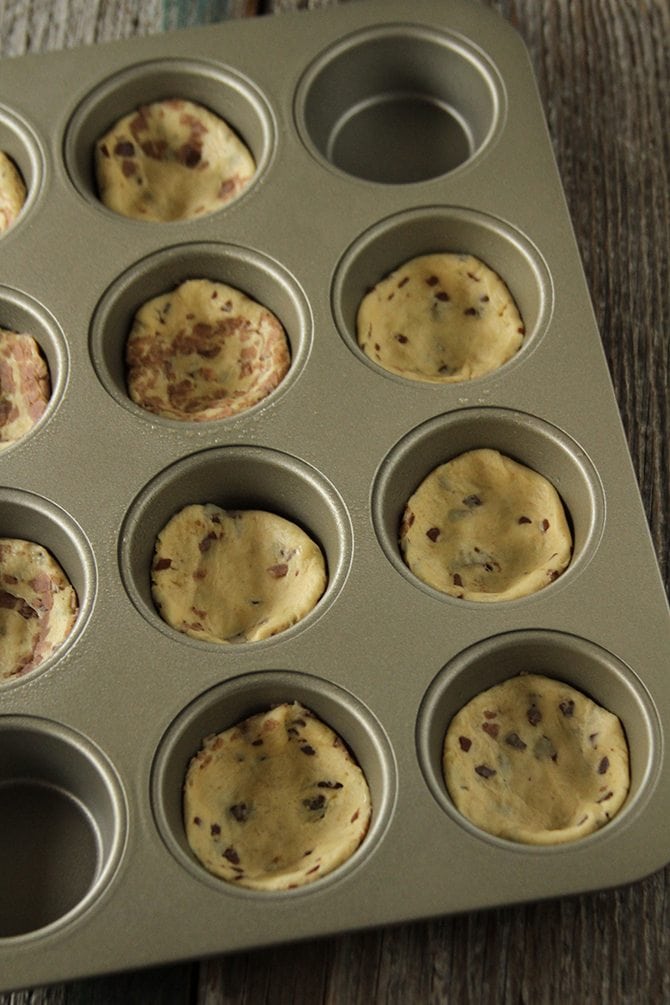 Next, press each half into the bottom of a muffin tin that’s been sprayed with nonstick cooking spray.  You want to cover the bottom of each cup and up the sides about 1/3 of the way up – making a perfect little cup to hold our pumpkiny goodness. 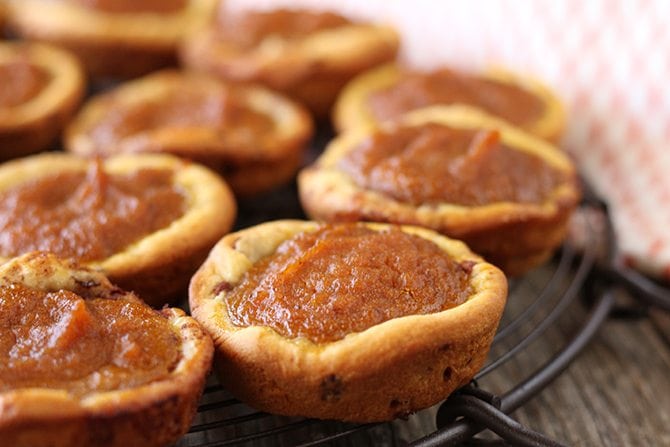 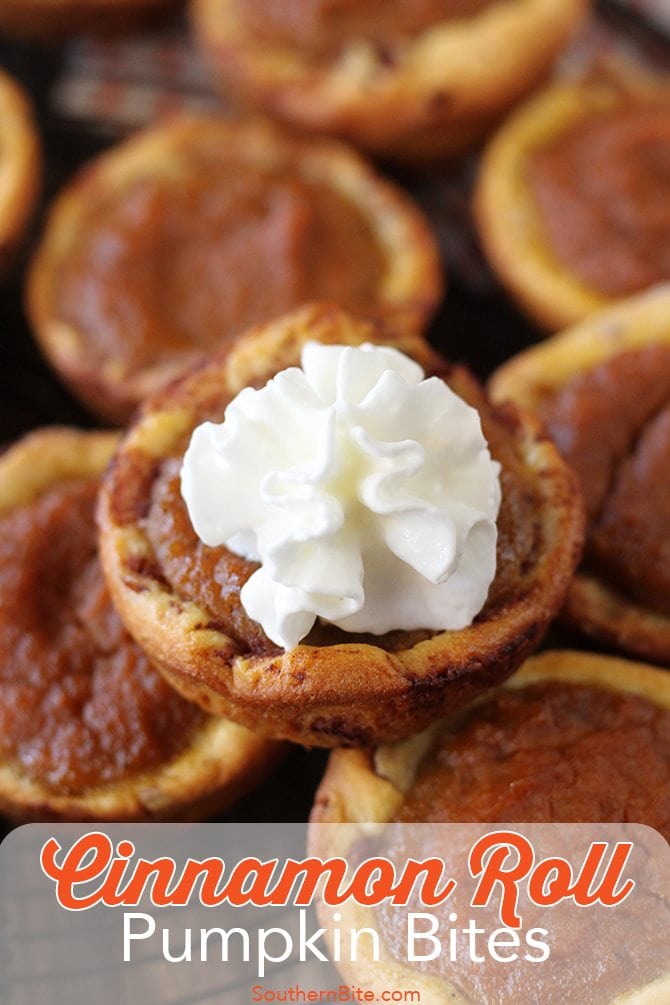 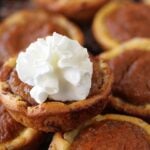