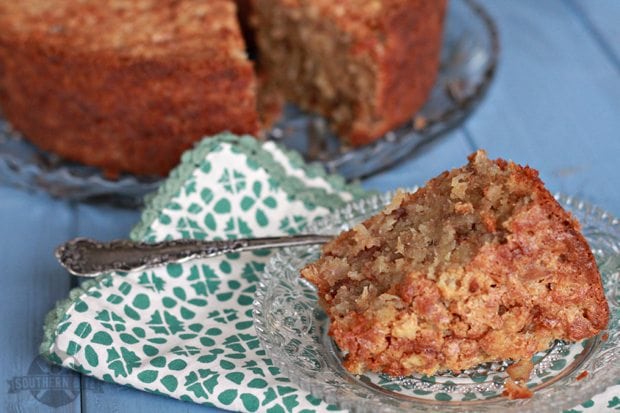 Whew!  What a wild and amazing last few days it’s been.  Having the opportunity to be on the Today Show has never been on my radar screen, so to be able to have 30 minute segment on the show was completely unbelievable.  I totally understand what folks mean when they say they feel like they are living someone else’s life.  I kept thinking, “They do know who I am, right?”

We flew up on Friday and got to experience the city a bit before we had our run-through Saturday night.  Then early Sunday morning (really early for us central-time non-morning folks) we were off to the show.  Here’s a few fun, behind-the-scenes shots from the trip… 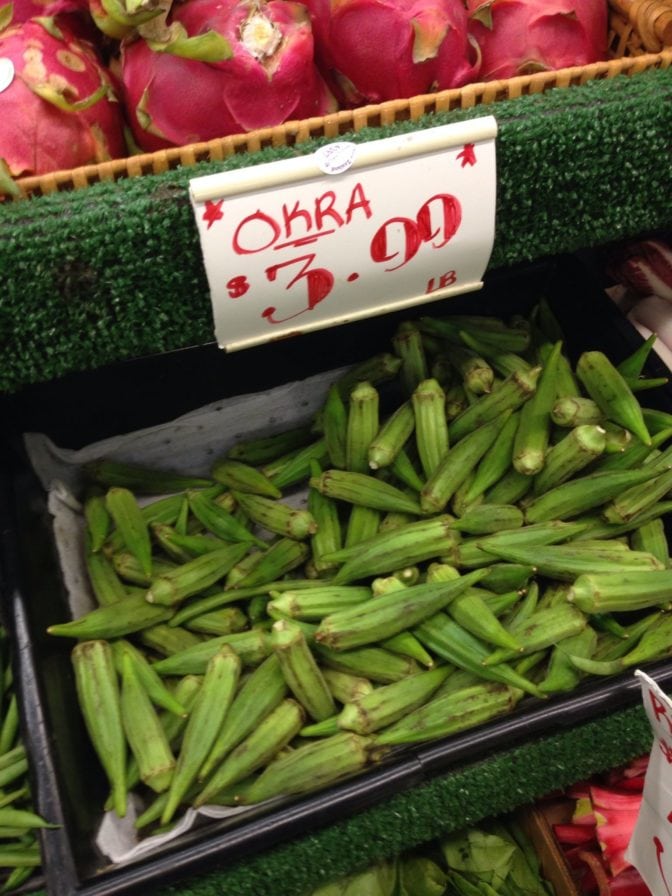 I was tickled to see okra at Chelsea Market – amongst a LOT of other amazing things! 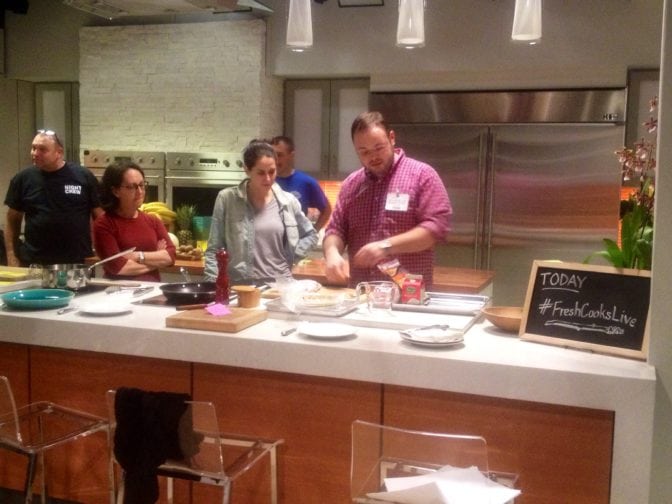 The run-through Saturday night.  There were lots of folks behind the scenes that made it look so easy for me. 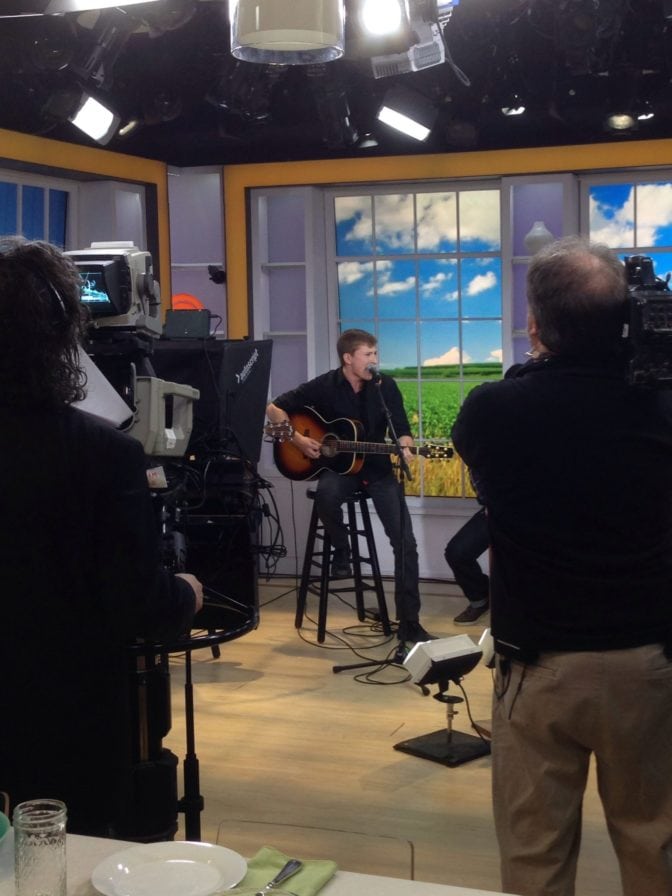 If you watched, this is Bobby McGrath that played during the show – very talented and super nice guy! 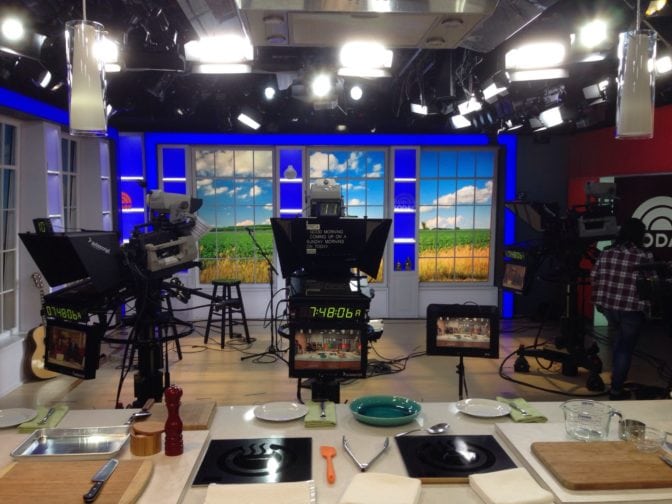 Here’s what it looks like from the other side looking toward the cameras. 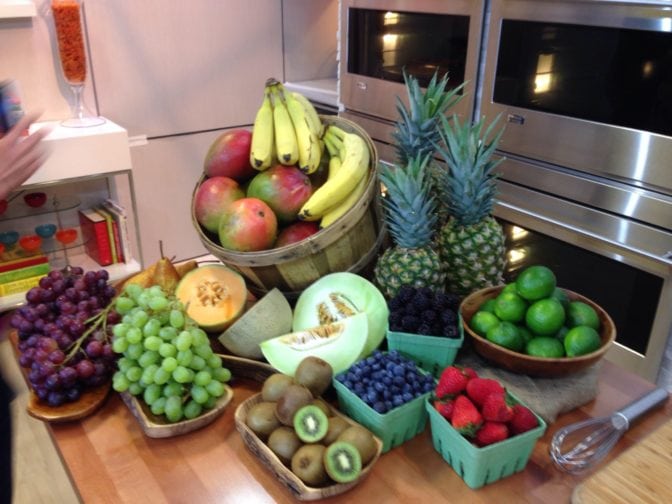 The crew had stuff looking so nice! 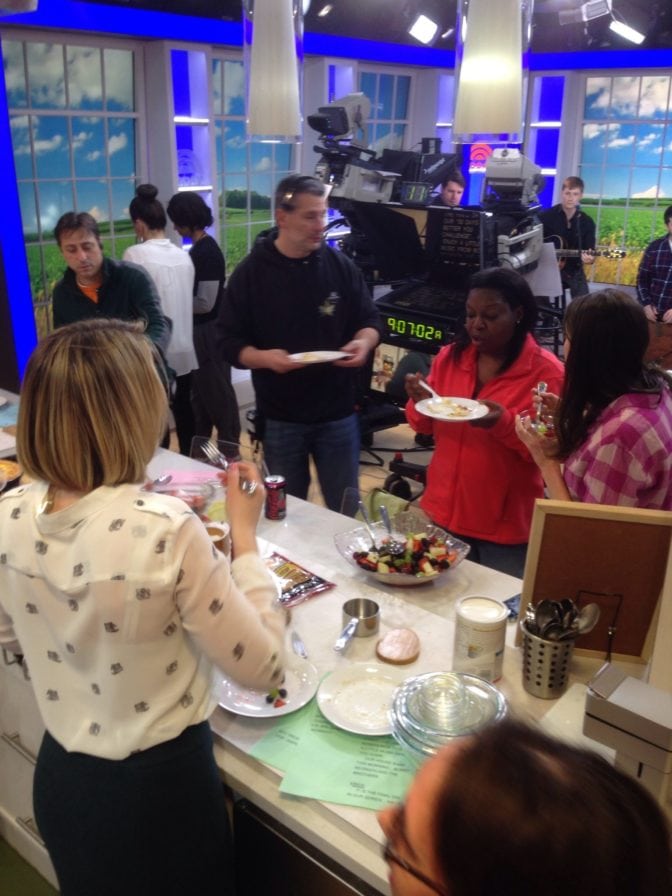 Apparently they liked the brunch!  It was gone in no time. 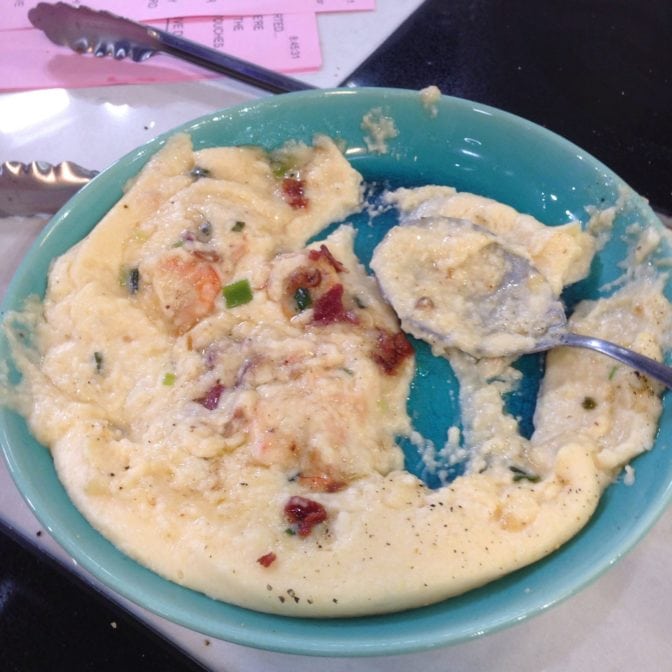 See!  I told you!  Those New York folks liked my Shrimp and Grits. 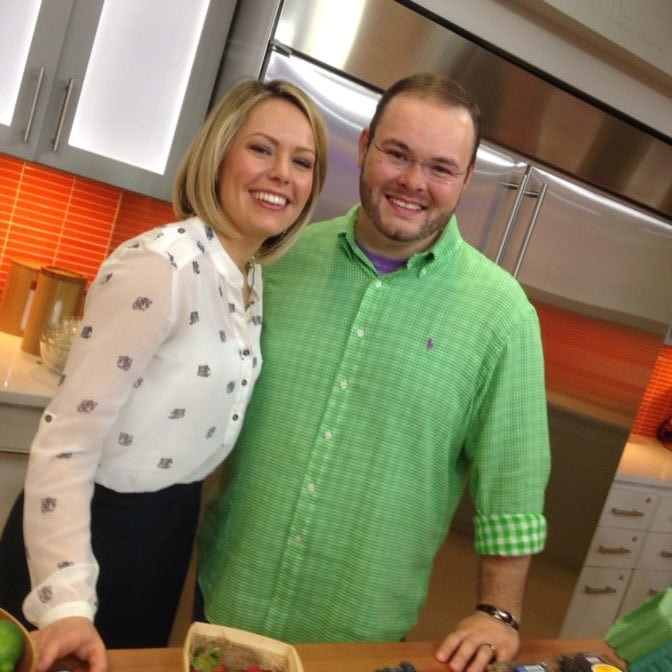 Dylan was just as sweet as she could be.  It was so fun cooking with her. 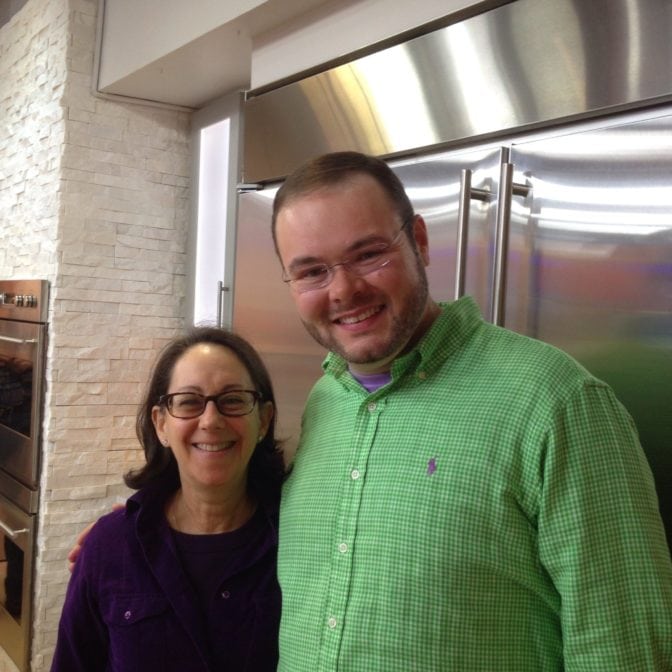 This lady right here is nothing short of AMAZING.  Deb is an awesome food stylist and made me look like a pro!  I seriously couldn’t have done it without her. 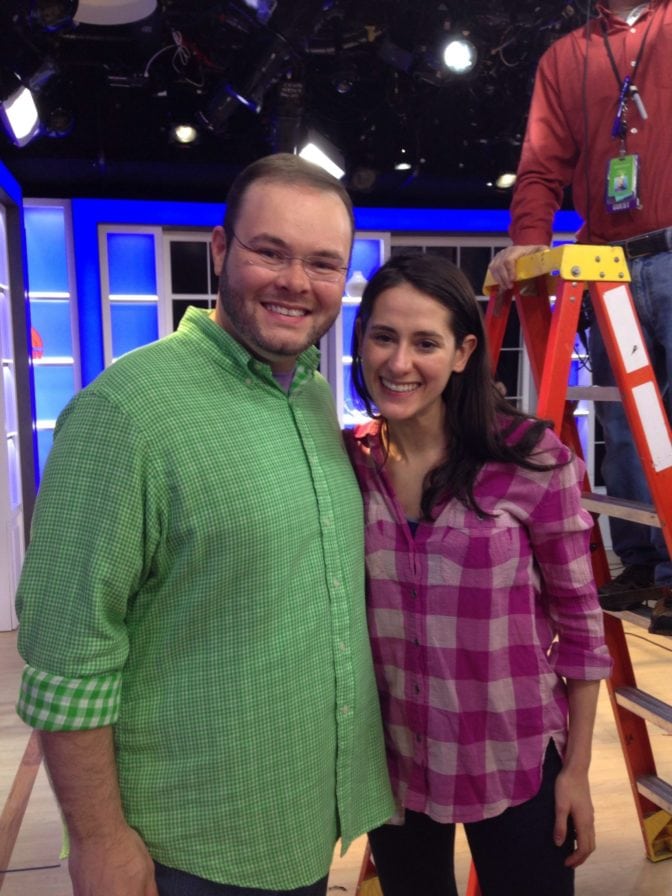 Shana is the Today Show producer that did my segment – she’s from Chicago, but she’s so sweet I offered her honorary Southern residency.  🙂 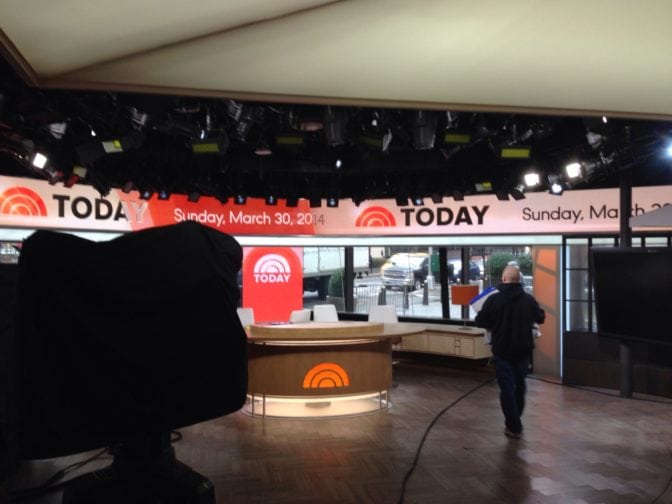 A quick tour of the main studio… 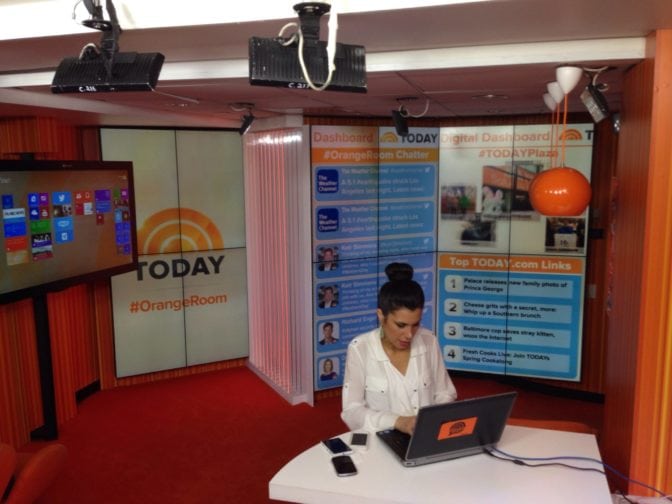 The Orange Room – looks much bigger on TV. 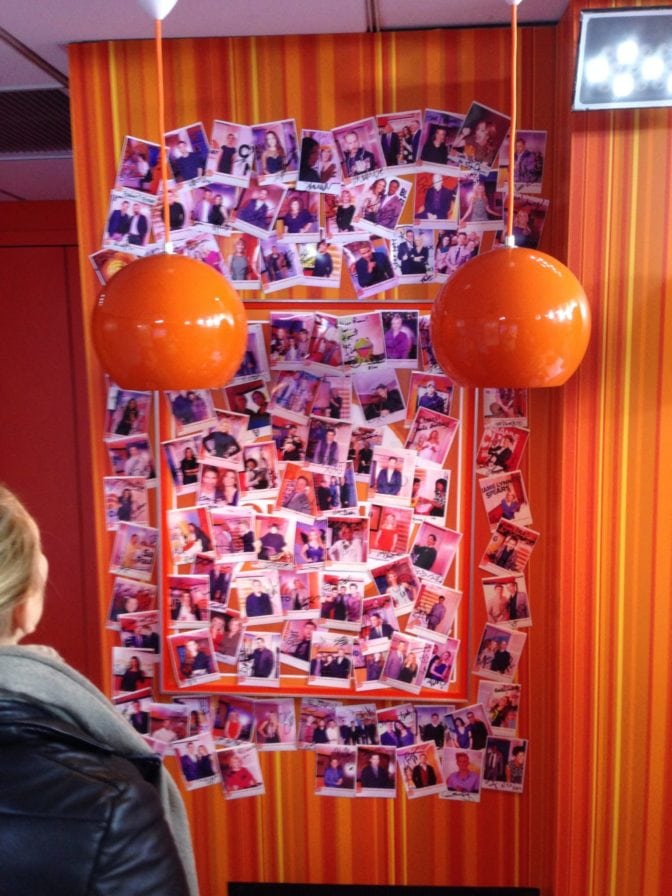 The wall of signed celebrity photos.  I was bummed they didn’t ask for mine.

The exposure to a national audience on such a huge scale has enabled us to add to our Southern Bite family in an amazing way.  We just keep on setting places at this big ol’  table and nothing pleases me more.   Now granted, just like the big ol’ family reunion where you HAVE to see cousin so-and-so, twice removed that no one really likes, you’re going to add a few apples to the bunch that are a little overripe.  There were some rude comments on Facebook, some crazy tweets, and a few bad reviews of the book on Amazon (from folks who obviously haven’t read the book), but you know, we’re just not going to let those few bad apples ruin the bunch – cause trust me… y’all are good apples.  It’s pretty easy actually, we just toss those apple out.  Folks, here’s the deal… I never set out to do any of this.  But apparently God has a plan for me, so I’m going to keep on this path.  If He keeps opening doors, I’m going to keep walking through them.  Not to mention there were only a few negative remarks in a sea of positive ones from sweet people just like you.  🙂  So, thank y’all for that.  Seriously.  It means more than you could ever know.  Let’s be honest, y’all are the main reason folks take me seriously (which is funny – I never imagined folks would ever actually take me seriously).  You folks that come back to the blog day after day and give me this amazing platform to be able to share my food with this world are the reason folks pay attention to me.  Without y’all, I’d just be Stacey Little.  With y’all… We are Southern Bite.  Thanks, y’all.  I love you for it!

This Vanilla Wafer Cake has been around forever.  I’m not sure where it originated, but this is my family’s version of the classic baked good.  It’s a dense, moist, sweet cake that will really surprise you at how good it is.  Y’all enjoy! 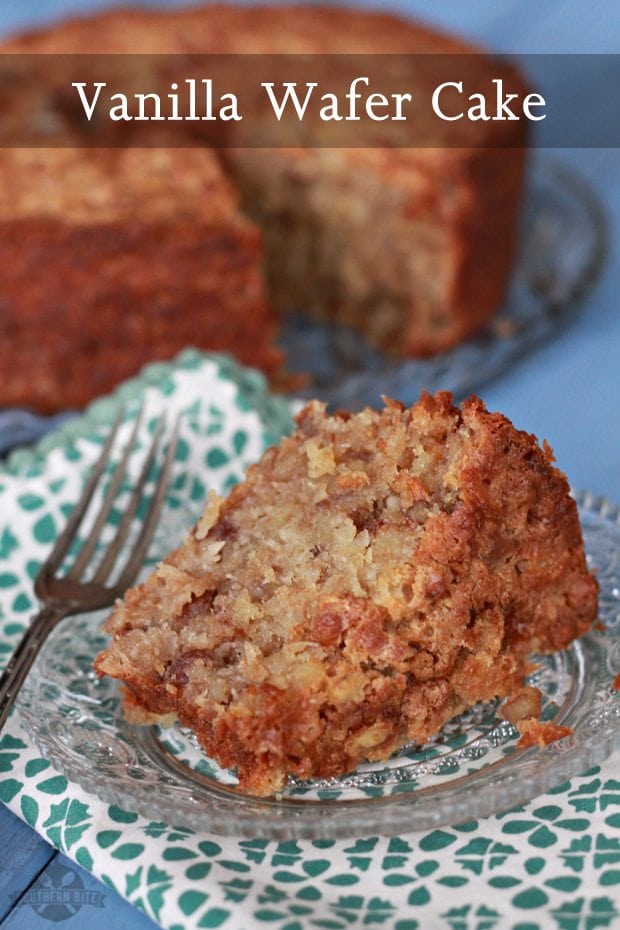 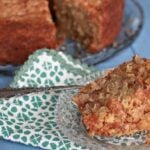 Did you make my Vanilla Wafer Cake?I'd love to see! Share on Instagram, tag @southernbite, and use the hashtag #southernbite!
Tag on Insta Leave a Rating