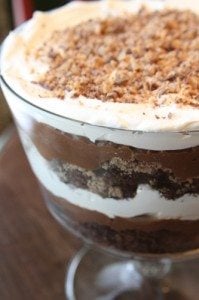 The birthday festivus has begun.  “What is that”, you ask.  Well, my little guy will be 3 next Saturday and we’ve been feverishly planning the bash.  And to be honest, I’m sure some folks may think we go a little overboard with our celebrations, but what can I say!?! Heather and I both love to plan a party and right now J is the only child so it just kinda happens.

The first birthday party was Dr. Seuss themed.  At that time, he was mesmerized with balloons, so we gave him plenty to look at.  We had fun food like Green Deviled Eggs topped with Ham  (Green Eggs and Ham), Star-Bellied Sandweeches and Roast Beast Sandwiches.  The cake, which I made and was a huge disaster when the bottom layer decided to collapse on the trip from the house to the party, was originally four tears with different Dr. Seuss stories represented on each tier.  And for a fun touch, we had the ice cream truck come by for each of the kids (and parents) to get ice cream. 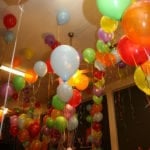 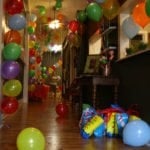 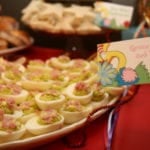 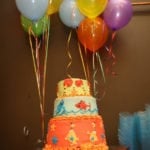 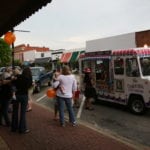 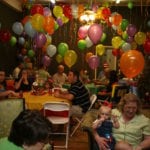 The second birthday party was Sesame Street themed.  Each of the tables had themed centerpieces.  We made a huge bird’s nest filled with yellow feathers for Big Bird, Oscar’s tables had a bunch of trash out of his garbage can, Cookie Monster’s table had a pile of what else… cookies.   You get the picture.  We rented a Sesame Street themed bouncer thing and everything was Sesame Street and Jack themed… and I do mean everything.  And of course the ice cream truck came by! 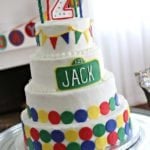 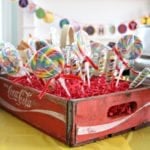 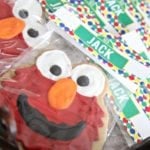 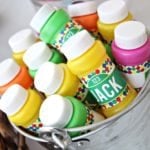 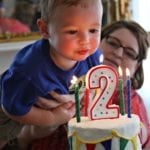 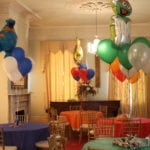 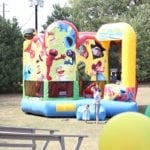 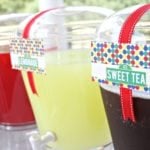 This year was supposed to be fire truck themed, but when we took him to the actual fire station where we were going to have the party, he wasn’t so keen on the idea.  So, instead we’re having a baseball themed event complete with roasted peanuts, Cracker Jacks, hot dogs, freshly popped popcorn, etc.  It’s funny because this year is the first year that’s he’s really understood what’s going on.  Everyday he’s starting to ask if we’re going to his birthday party that day – sweet little booger.  All this to say, I may be scarce over the next week as we pull everything together for the grand event.  But y’all just bear with me and I’ll be sure to show you pictures when we’re done!

This easy recipe is much less recipe and more about assembly, but the result is something you could serve your most special guests.  My Mom has been making this since I was a child and let me tell you, if you want to impress some folks at a pot luck, take this! 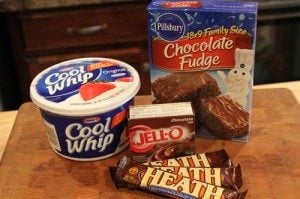 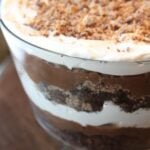 Did you make my Ultimate Brownie Trifle?I'd love to see! Share on Instagram, tag @southernbite, and use the hashtag #southernbite!
Tag on Insta Leave a Rating