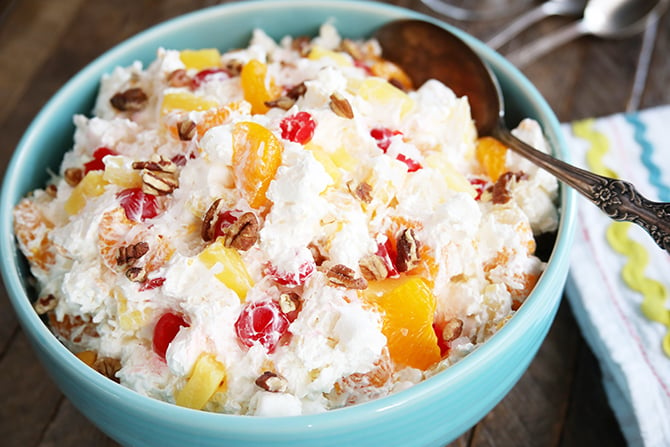 Ambrosia. Ambrosia Salad. It goes by a few different names. The folks over a Merriam-Webster say the word ambrosia means “food of the gods.” And I’ll say, I have to agree.

This sweet fruit salad (gotta love a place that calls dessert a salad, right?) is a perfect potluck recipe. You won’t find many summer soirees down South without some variation of the stuff on the menu.  It’s a sweet – and somehow still light – dish that’s perfect for cooling off in the sweltering heat down this way. 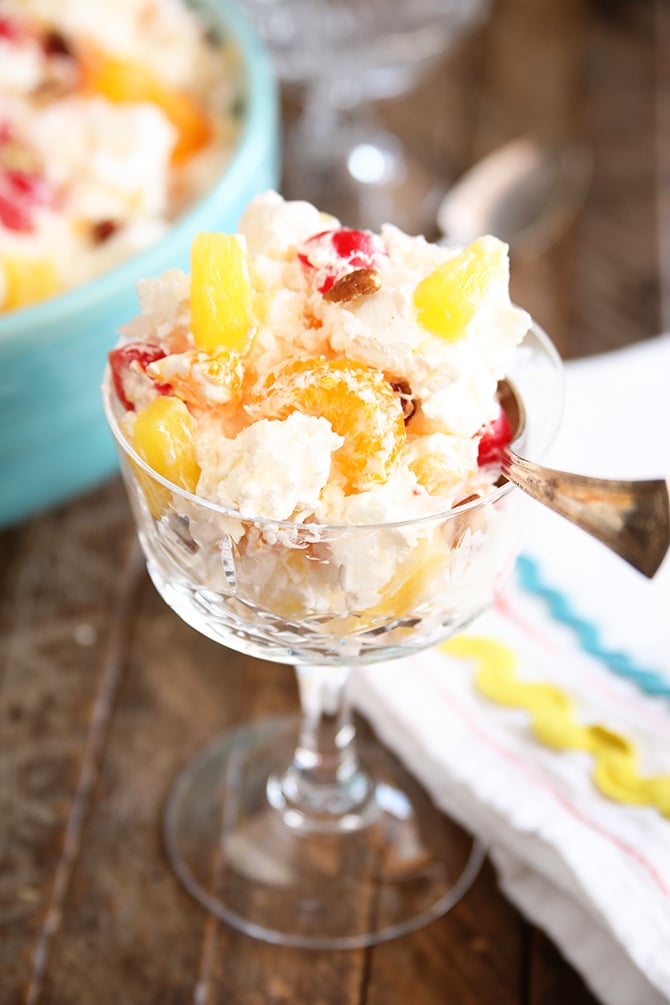 This recipe varies a bit from the one in my cookbook because, well honestly, my tastes have changed over the years.  I really like the sour cream in this version as it brings down the sweetness a little.  My original version didn’t have it.  I also didn’t include pecans in that version, but who doesn’t like a few pecans thrown in, right?  For even more flavor, give the pecans a toast before adding them to the salad.  Just bake them on a rimmed baking sheet in an oven at about 350°F until they’re fragrant – usually about 5 minutes. Then allow them to cool before adding to the mix. 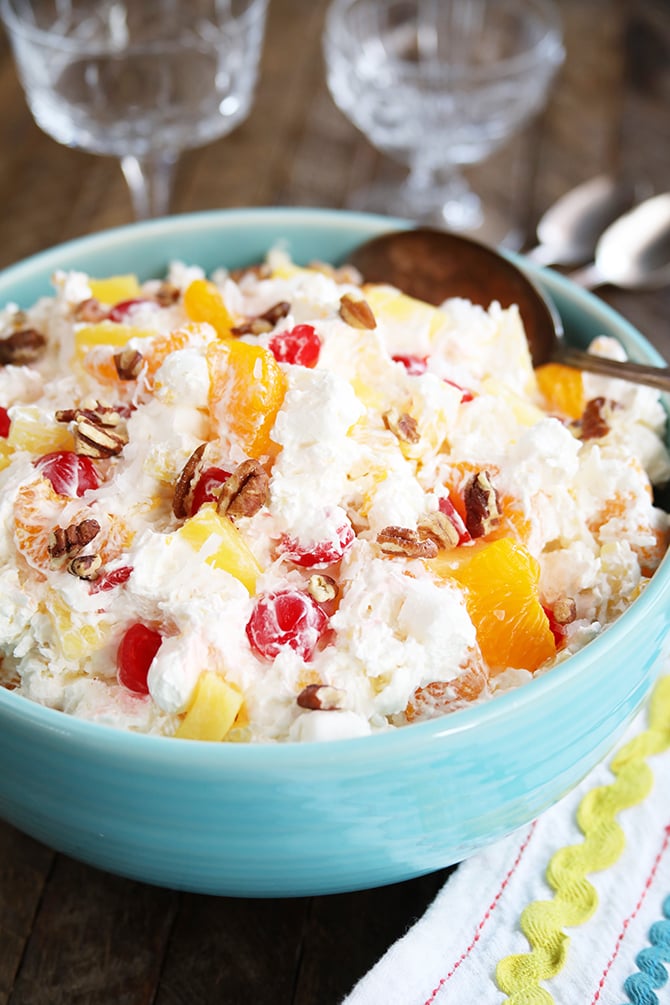 If whipped topping (A.K.A. Cool Whip) is your foe, you can certainly use fresh whipped cream in this recipe, but I find that the whipped topping holds up a bit better being that this dish really benefits from a little time in the fridge to allow the flavors to meld before serving.  If you go the fresh route, you’ll need to whip about 1 1/2 cups of whipping cream with 5 tablespoons of powdered sugar until stiff peaks, then use as the recipe calls.  Just beware that some of the fruit juices can cause it to break down.

For even more deliciousness, check out these Frozen Cranberry Banana Salads from Southern Plate or the  The Country Cook’s Southern Ambrosia (she puts grapes in hers – how cool!). 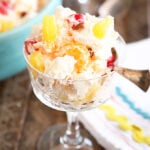 Did you make my Southern Ambrosia?I'd love to see! Share on Instagram, tag @southernbite, and use the hashtag #southernbite!
Tag on Insta Leave a Rating 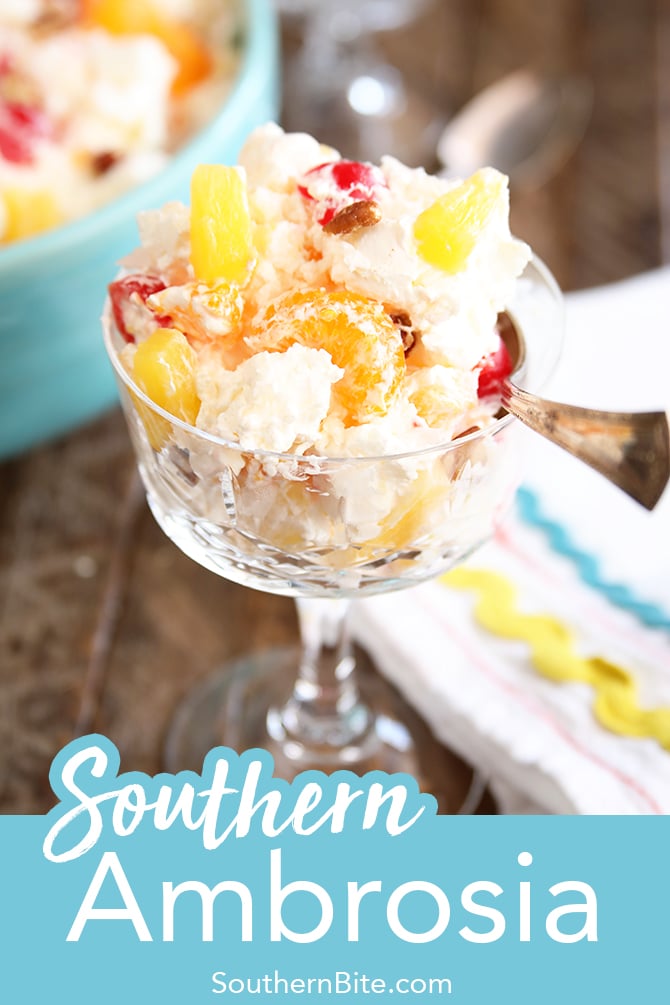