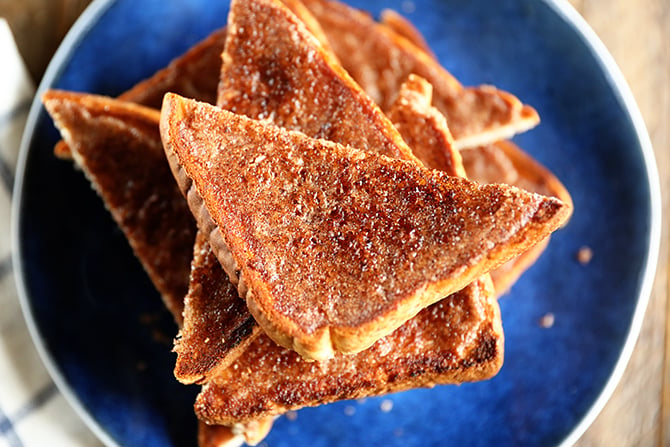 The Best Cinnamon Toast Ever. Y’all, I’m serious when I say that.

But you’re thinking “Cinnamon toast? Really?” And “Who needs a recipe for that?” Right?

Well, I thought the same thing when I first saw a recipe for cinnamon toast on Ree Drummond’s blog probably 10 years back.

I had grown up throwing some cinnamon and sugar on buttered toast and calling it a day.

But something about the mechanics of Ree’s recipe intrigued me, so I made it.  And whoa!  I Never. Looked. Back. 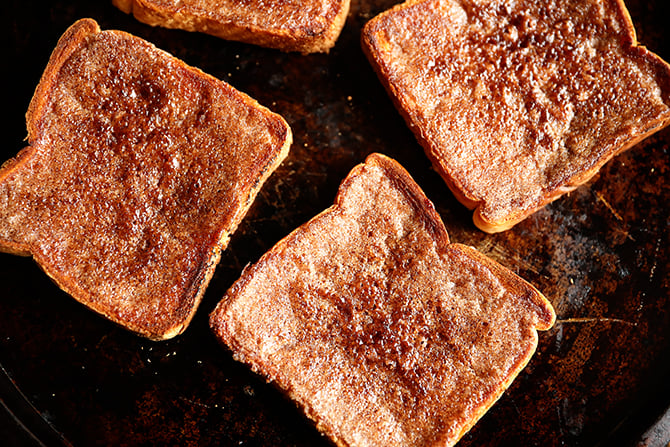 I was rambling through the pantry the other day searching for something to make for a quick and easy breakfast for Jack and me when the loaf of bread caught my eye and I thought, “Cinnamon toast!”

Now my recipe has evolved a bit over the years, but chances are you have everything you’ll need to make this right at home already in the pantry and fridge. 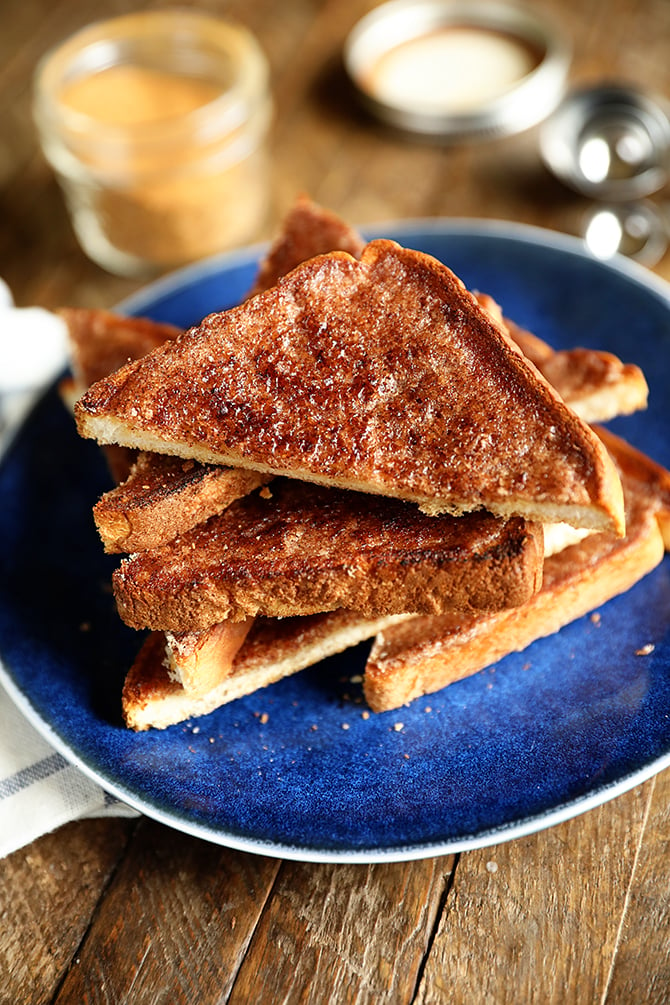 The trick here that makes this so different than any other cinnamon toast is you make a paste of sorts with the softened butter, cinnamon, sugar, and a pinch of salt. That paste gets spread over the bread and baked. It’s important to get that buttery goodness all the way to the edges of the bread because after we bake it for a while to allow that butter to melt down into the bread, we’re also going to broil it for a bit. Getting that butter covering everything helps to keep the bread from burning under the broiler. Broiling it gets that sugar all caramelized and bubbly and crunchy – almost like the torched sugar topping on creme brûlée.

So you’ve got that buttery soaked bread that gets super crispy on the bottom topped with the crispy, crunchy sugar topping, and that savory cinnamon… it really is a game changer.  I never thought cinnamon toast could be so exciting, but trust me when I say this is honestly the Best Cinnamon Toast Ever. 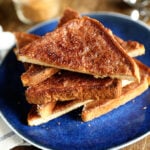 Note: Adapted from The Pioneer Woman

Did you make my Best Cinnamon Toast Ever?I'd love to see! Share on Instagram, tag @southernbite, and use the hashtag #southernbite!
Tag on Insta Leave a Rating 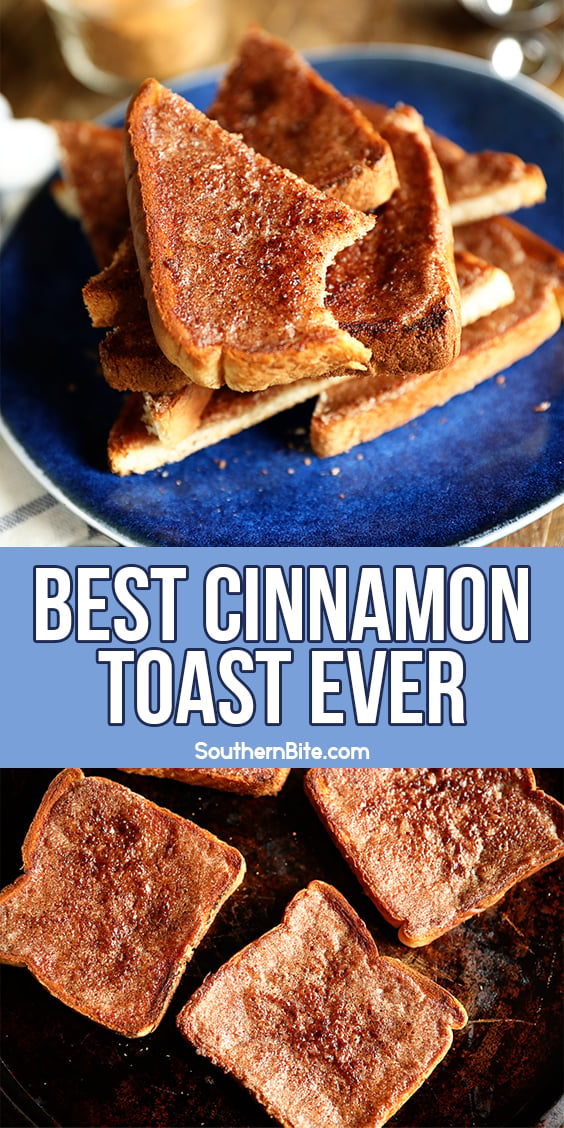