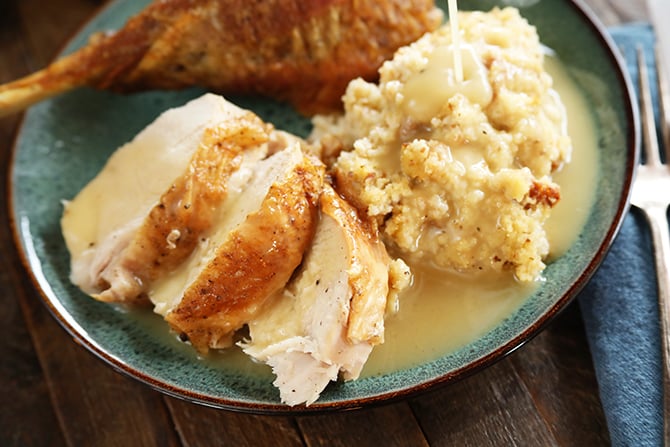 Ever since I posted a recipe last year for dressing that showed some gravy on it, folks have been asking for my gravy recipe. So here it is! It’s super easy, quick and takes less than 10 minutes to make.

The thing about gravy is it’s really only as good as the ingredients you put into it.  So having great ingredients is super important.

What’s the difference between stock and broth?

You’ll see that my recipe calls for stock, not broth.  So what’s the difference?  Well, the answer is… it depends who you ask.  While some folks will say that there’s a difference in the ingredients used to make the two, I’m not sure that claims stands up when you look at commercially available stocks and broths today.  And while most of us don’t have time to make our own stocks and broths, the other is kind of a moot point.  My experience with the two has had me to come to the conclusion that there are basically two differences between your average boxed stock and broth – seasoning and length of cooking.

Stock is often cooked longer and isn’t seasoned.  Broth is made using a shorter cook time and usually is seasoned.  Stock is a bit richer and has more flavor from the bones, meat, and vegetables that are used to make it because of the longer cook time.  That makes it perfect as a building block for sauces and gravies.  And in this case, we’re going to use some pan drippings which will have seasoning from the turkey, so using broth here might get our gravy too salty.

Broth, on the other hand, is cooked for a shorter amount of time, with similar ingredients (though some say bones don’t go in broth), but is typically seasoned with salt and other spices and seasonings.  It’s great for making soups and adding flavor to dishes.

The truth is, in most cases, you can use them interchangeably.  But being better educated about ingredients makes you a better cook, so now you know.  For this recipe, I call for stock.  And now you know why. 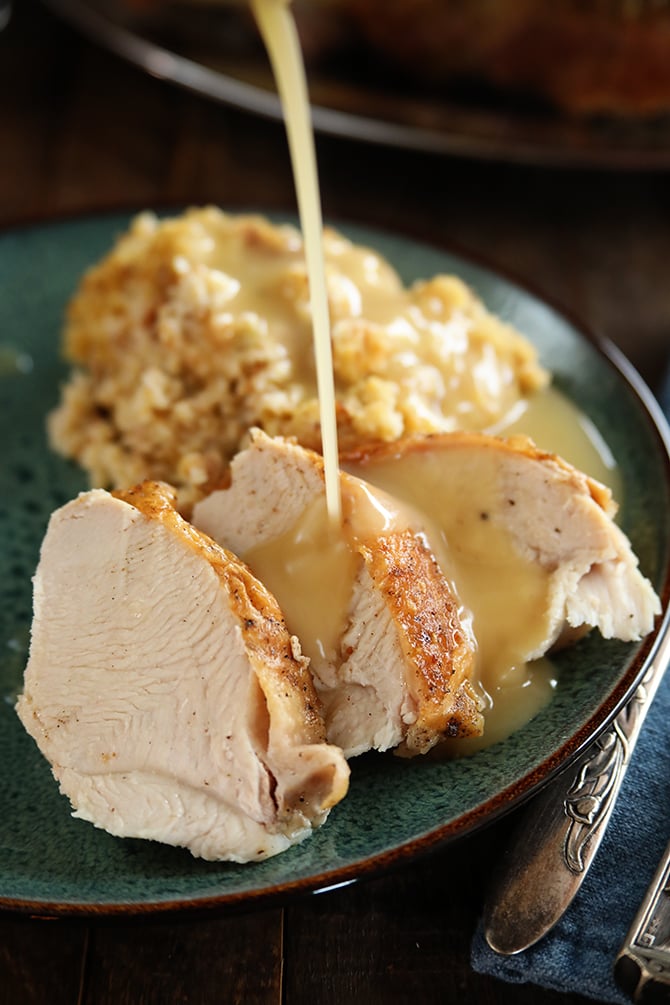 To add tons of flavor to the gravy, I highly recommend using pan drippings from your turkey in addition to your stock. You’ll want to collect those drippings and pour them through a strainer to get the bits out.  Then, allow the drippings to rest for a few minutes to allow the grease to move to the top. Then simply spoon away as much grease as possible and discard it. Adding too much grease in with the stock can make for greasy gravy – and no one wants that.  You can also use one of these handy dandy grease strainers (affiliate link).  Then add enough boxed stock to your pan drippings to make a total of 2 cups of liquid as called for in the recipe.

If you find your gravy falls flat in the flavor department, I’ve added some additional seasonings to the recipe to give it a kick. 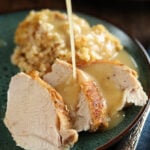 Did you make my Quick and Easy Turkey Gravy?I'd love to see! Share on Instagram, tag @southernbite, and use the hashtag #southernbite!
Tag on Insta Leave a Rating 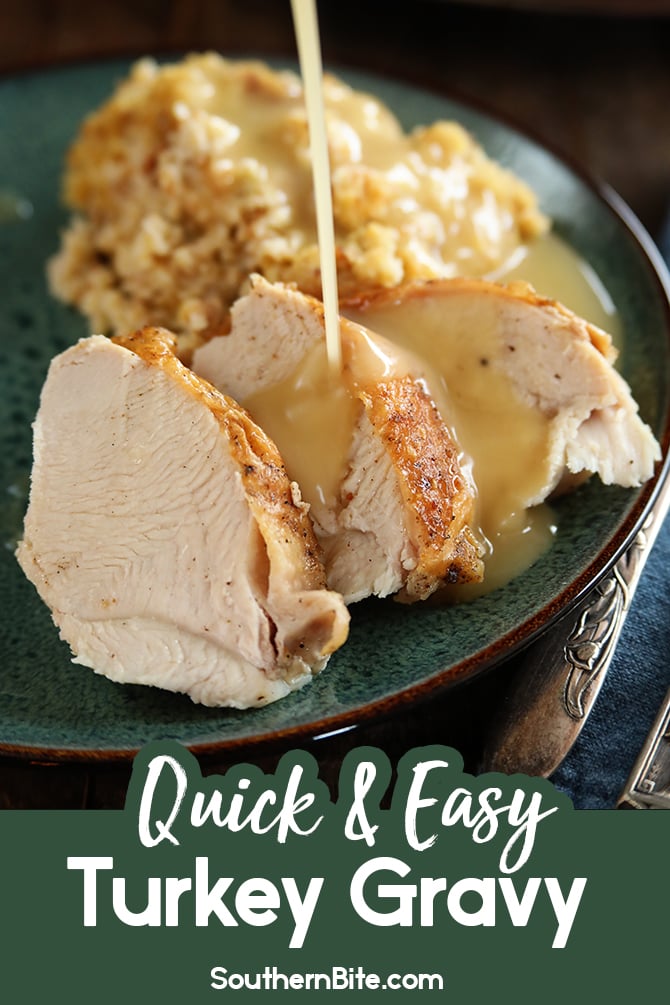