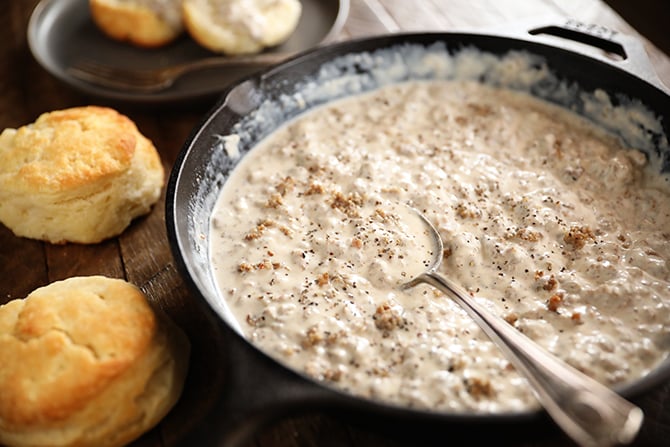 Sausage Gravy is a breakfast staple at our house and has been for as long as I can remember. As a kid, Mom would make it and pour it over warm buttermilk biscuits. And while that’s my favorite way to enjoy it, I’ve been known to pour it over grits and scrambled eggs as well.

It’s one of those hearty, stick-to-your-ribs kinda things that just gets you going in the morning. For me, it just tastes like home. 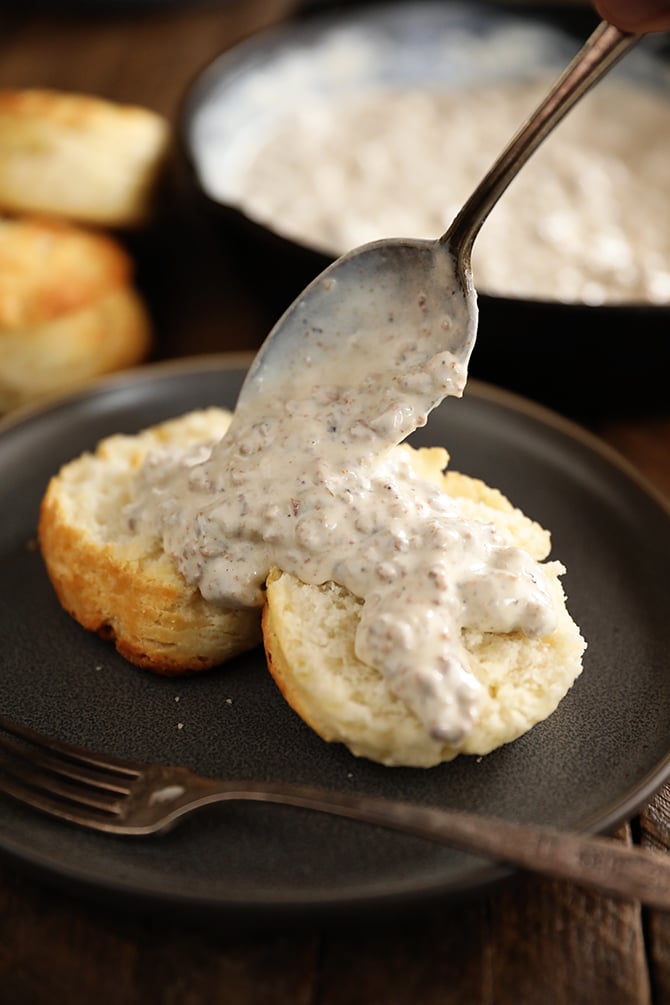 And my super quick and easy method doesn’t require any draining and it all cooks in one skillet – making it a cinch to make.

A few things to keep in mind:

This recipe uses a pound of bulk breakfast pork sausage. You know the kind in the plastic tube thing? We like to use the mild sausage since we never know who might show up at the breakfast table, but the hot sausage works just as well. In fact, it adds even more flavor to the gravy.

You can use bulk turkey sausage here, but it won’t render out enough fat to make the gravy. So you’ll need to add about 3 tablespoons of butter to the sausage as it cooks.

As you’re browning the sausage – you need to actually get some brown color on it. Don’t just cook it through. Let it sit still in the pan some so it can get some of those browned bits on it. That adds tons of flavor. 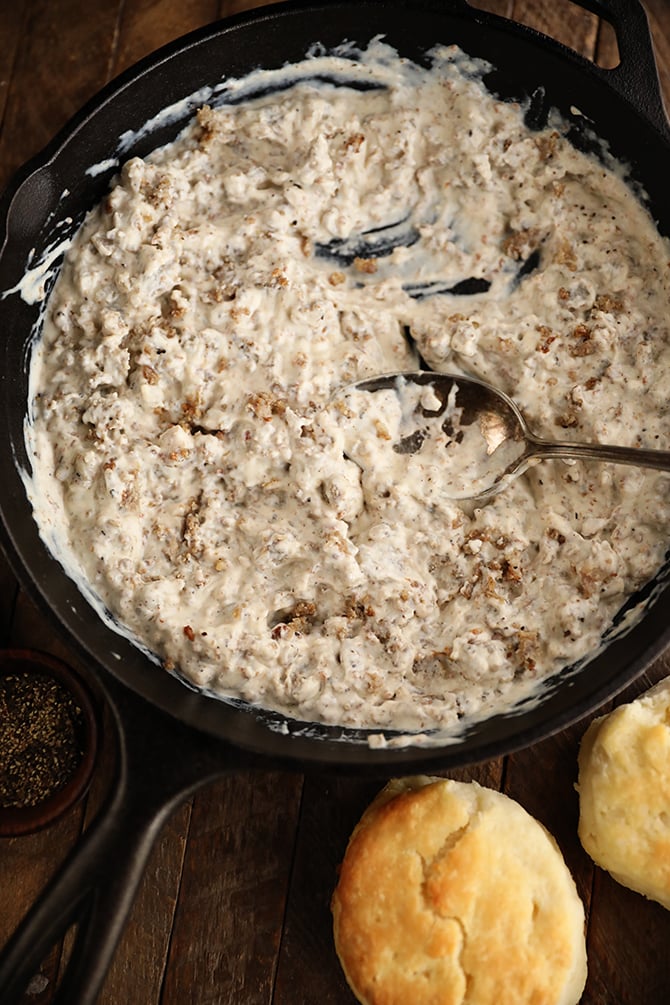 To make the gravy, we need to make a roux. And being that we’ve got all that fat rendered out of the sausage, we’ve got a head start. There’s no need to spoon the sausage out or drain the grease away. Simply sprinkle the flour right over the sausage and grease right in the pan. Then stir, stir, stir. We need to cook the flour a bit without letting it brown. This usually takes 2 to 3 minutes.

Next, you’ll gradually add in the milk, stirring well after each addition. Some folks like a thick gravy, so using about 2 cups of milk will be enough. Others like it thinner, so you can add up to 1/2 cup (or more) to the gravy to get it thinner. I like to use whole milk here, but 2% or skim will work in a pinch.

Reduce the heat to a simmer and allow the gravy to thicken.

When it comes time to season, a little salt may be necessary depending on the amount of salt in your sausage. Black pepper is a must, for me, so I’m pretty generous with it. Again, this is a personal preference, so add it until it tastes right to you.

Now, the gravy will thicken even more as it sits, so feel free to stir in a little more milk to thin it out if it starts getting too thick.

There you have it! You just made sausage gravy!! Grab the biscuits and enjoy! 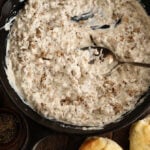 Print Pin Save
5 from 8 votes

This gravy will thicken as it sits, so it's best served immediately. If it starts to get thick, stirring in some additional milk will help.

Did you make my Sausage Gravy?I'd love to see! Share on Instagram, tag @southernbite, and use the hashtag #southernbite!
Tag on Insta Leave a Rating 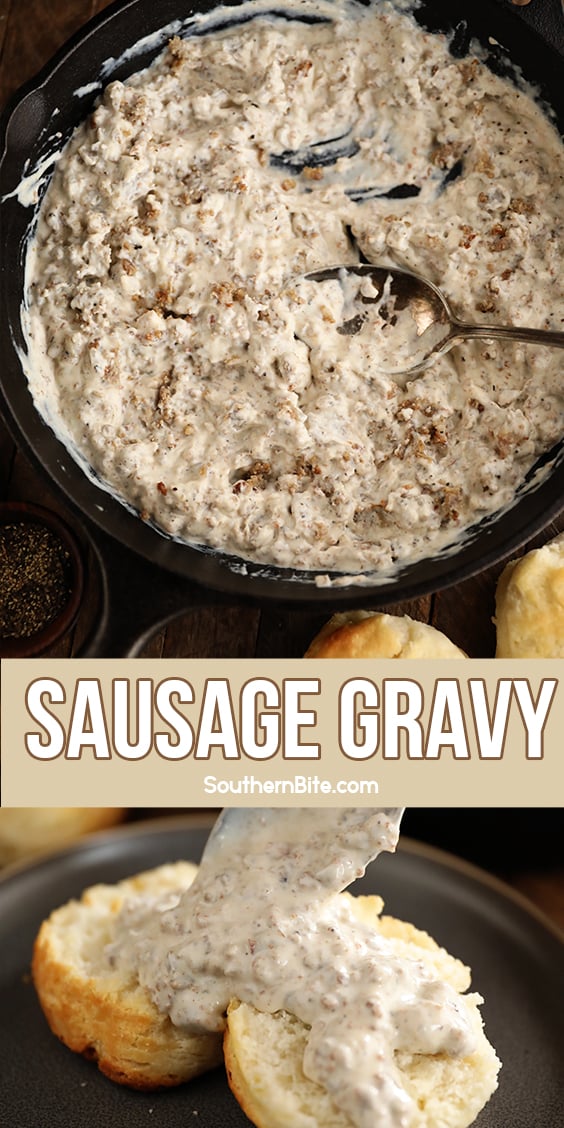