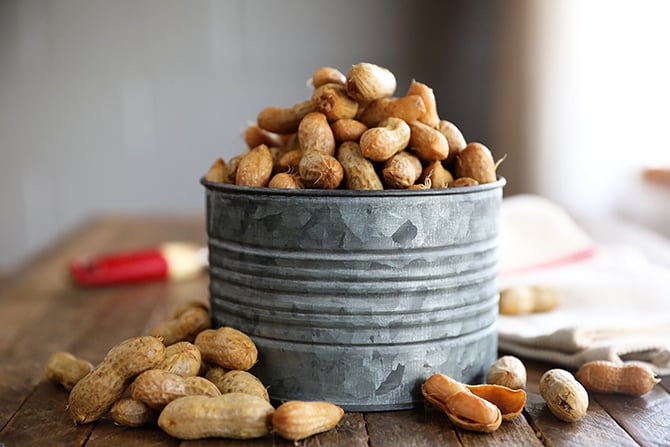 I just love boiled peanuts. And I’m pretty sure Jack loves them more. I’ve seen him consume copious amounts of the things. He happened to be in the test kitchen one of the days that I was testing these and literally stood over the pressure cooker eating them right out of it. Y’all, they’re amazing. And I’m not kidding.

I made a few more batches and shared them with the fam-jam over the July 4th weekend, and everyone talked about how good they were!

Since we’re doing these in the Instant Pot, we’ve got a few things working for us here… 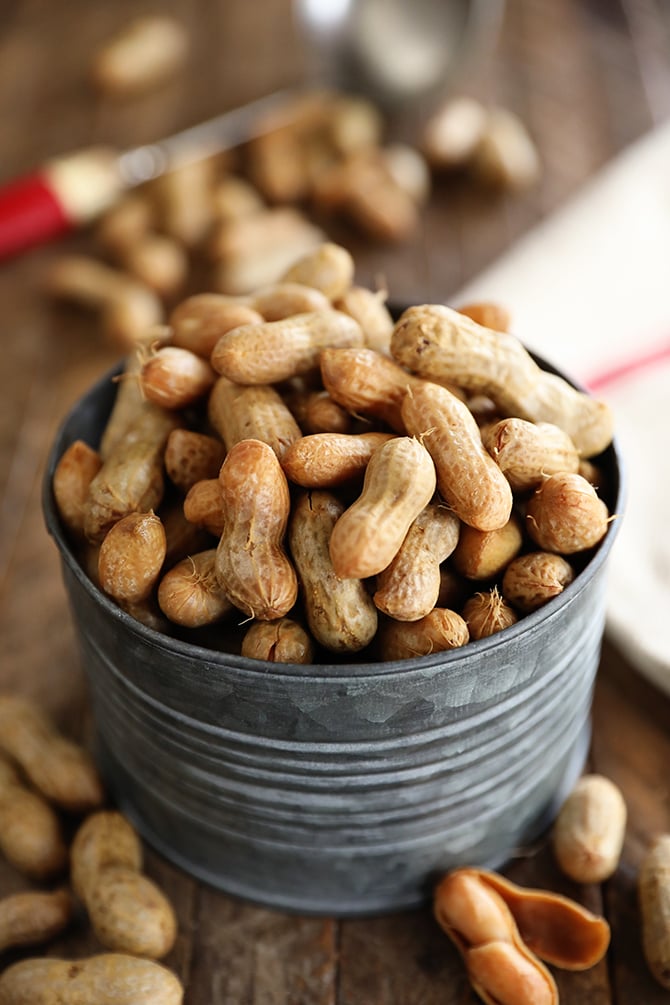 The Instant Pot (pressure cooker) is just dang ideal for this. It cuts an excruciatingly long process into less than 2 hours. Seriously.

Not only that, the pressure cook method is ideal because the pressure forces the salt and flavor into the peanuts – they don’t just float around in it.

They come out tender and full of that briney flavor you expect from boiled peanuts. 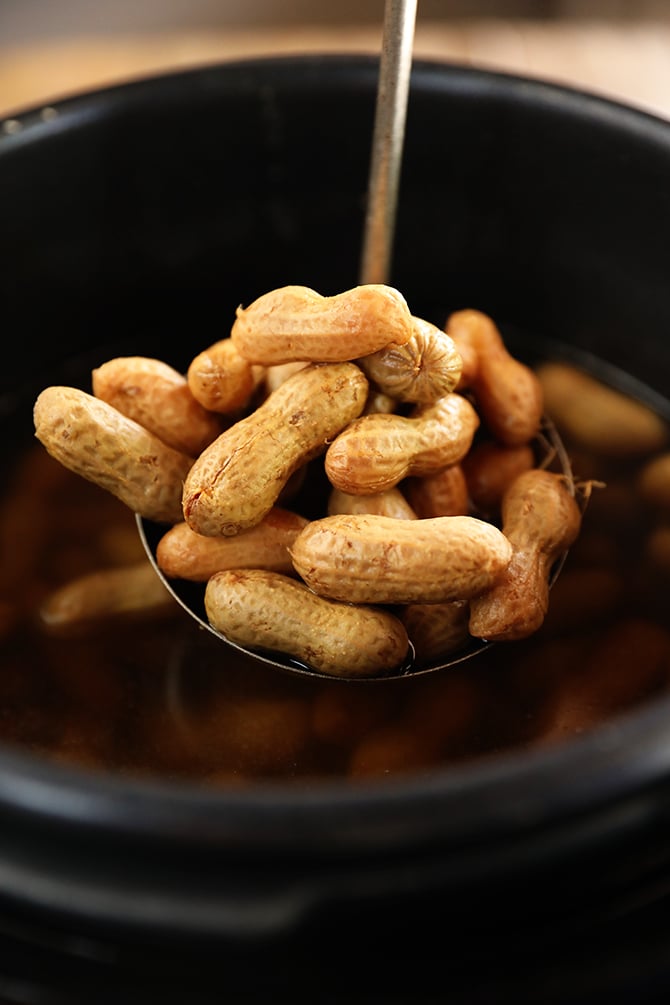 In all honesty, I’m not sure I’ll ever make boiled peanuts any other way. Sure, I love my slow cooker method, but I have to admit, I love how flavorful and easy these are to make. 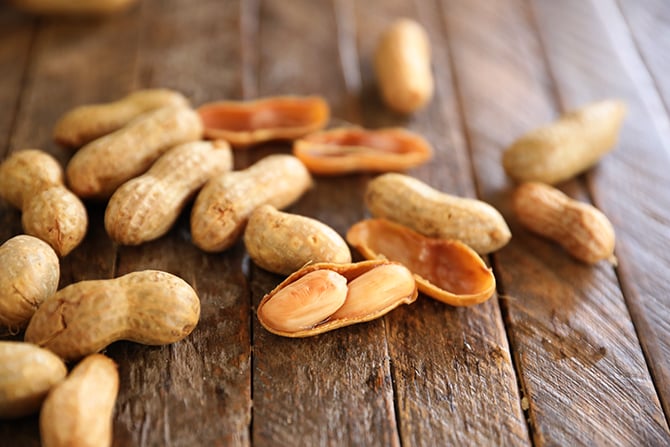 Now, when it comes to buying peanuts, you might find both raw and green peanuts. My recipe calls for green peanuts. These are raw, freshly harvested peanuts that are still green and moist. They might not look super green, but they are noticeably heavier. While many grocery stores in the South do carry green peanuts when they’re in season (Summer), I usually have better luck finding them at roadside fruits stands and farmers markets. Several readers have reported having great luck finding green peanuts in their local Asian markets as well.

Raw peanuts are peanuts that have been dried. They have a longer shelf life and chances are it will be much easier to find raw peanuts over green ones.  You can use raw peanuts, but green peanuts make far superior boiled peanuts in my opinion. If raw is all you can get your hands on, you’ll want to soak them overnight and add about 25 minutes to the cook time.

I’ve had a few questions about the addition of the vinegar in this recipe, so I thought I’d mention it here. A while back, someone shared the tip with me of adding vinegar in the peanuts and I’ve added it ever since. It adds some amazing flavor without tasting like vinegar at all. When testing this recipe, folks could certainly tell the difference between the batch with the vinegar and the batch without it, but no one could put their finger on it. They all preferred the vinegar version. They won’t taste like vinegar. I promise. 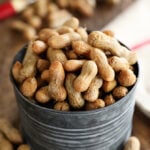 Print Pin Save
4 from 8 votes

Be sure to check out the blog post about the difference between green and raw peanuts. This recipe calls for green peanuts, but raw peanuts will work if that's all you can find. If using raw peanuts, soak them overnight in cool water and cook them for 85 to 90 minutes followed by a natural pressure release.

Did you make my Instant Pot Boiled Peanuts?I'd love to see! Share on Instagram, tag @southernbite, and use the hashtag #southernbite!
Tag on Insta Leave a Rating 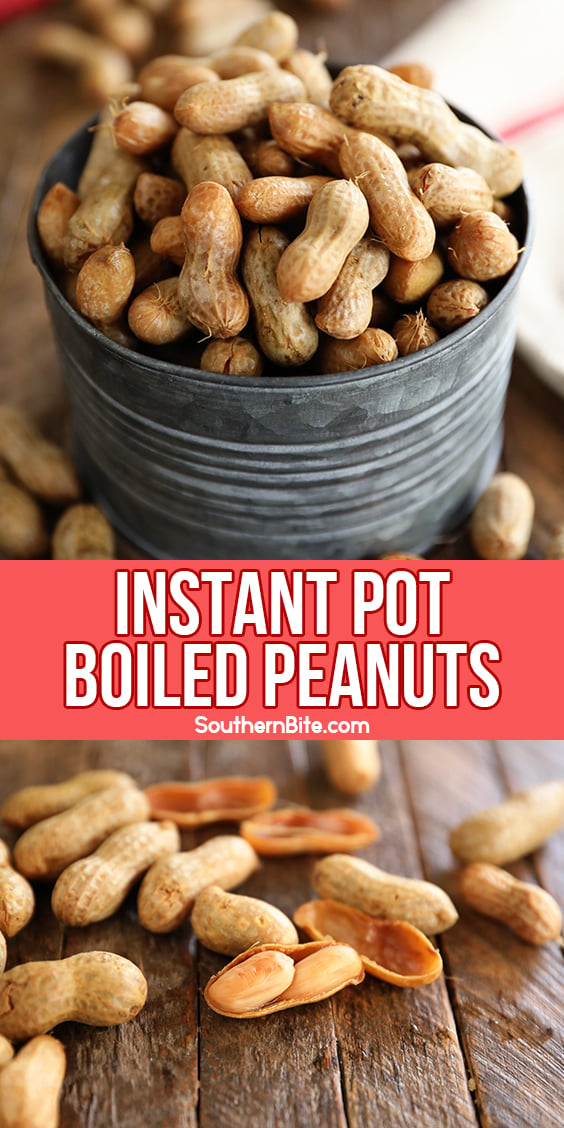