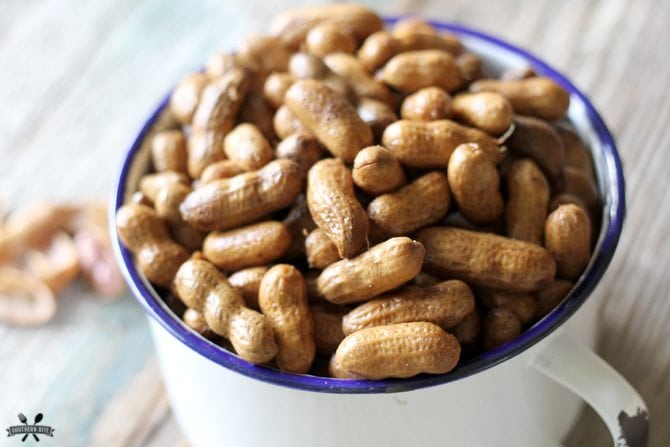 Yesterday I had to have an electrician come out to do some work for a kitchen upgrade I hope to tell you about soon.  In that awkwardness where he’s working and sweating and I’m sitting on the couch watching television, I found myself trying to find something productive to do.  I grabbed a rag and went through the house wiping smudgey fingerprints off of walls and door facings.

Right outside of Jack’s bedroom I was scrubbing away when it hit me… the years of me cleaning his fingerprints off of things are numbered.  The thought brought me to my knees.

The past nearly 7 years seem nothing short of a whirlwind and I know the next 11 or so will seem even faster – a literal “blink of the eye.”  I felt the tears well up and I continued to rub those fingerprints.  I heard the electrician call for me, and I stood up and tried my best to gain my composure – you know so he didn’t see a 33 year old man in the floor crying and all 🙂 – and went off to answer his question.

Later that day, I realized why God put that on my heart.  We’ve been toying with the idea of allowing Jack to play baseball in one of the bigger more competitive leagues here in town.  It’s something I’ve been vehemently against, but something that he and my wife have both been pushing for.

He’s an amazing little ball player – which baffles me.  I have yet to find the humor in the fact that God gave an incredibly athletic child to someone who’s athletic skill is so pathetic that he is afraid to throw the football in the front yard with his son for fear the neighbors might see him.  (Neighbors, if you’re reading this, I’m just kidding.  Not really.)  These leagues can be so competitive and put so much pressure on these little guys, it just overwhelms me.  I want to keep him in the little cocoon that is t-ball and coach pitch where I know the coach won’t yell at him if he screws up and where it really isn’t all about winning.  But, I realized that if he’s passionate about this and he’s good at it, I’ve got to let him try to be his best.

It’s just scary for this daddy.  And Lord help the first person that yells at my kid… and that’s all I’m going to say about that.  🙂 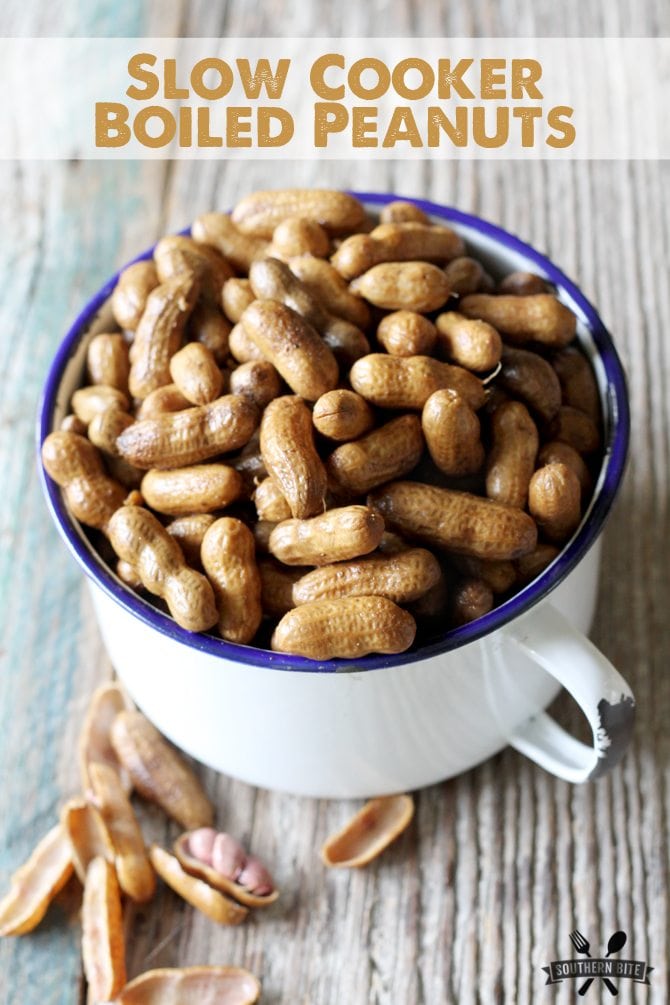 I have such fond memories of boiled peanuts.  I loved them as kid and still do.  I remember my Dad bringing home boiled peanuts when a guy would come to his shop selling them.  It didn’t happen too often, but I loved peeking the fridge to see that bag of peanuts sitting there.

These Slow Cooker Boiled Peanuts are so simple and easy.  The slow cooker does all the work and you don’t have to watch over them for hours upon hours.  And don’t worry, these aren’t spicy at all.  The hot sauce and creole seasoning give them flavor, not heat.

If you do like them spicy, I recommend adding in 3 or 4 tablespoons of crushed red pepper flakes.  Be sure to check out my note about using raw peanuts versus raw GREEN peanuts.  The green peanuts are usually labelled as such and are also usually heavier and a bit damp.  Raw dried peanuts will work too, you’ll just need to prep them a bit the night before.

Did you make my Slow Cooker Boiled Peanuts?I'd love to see! Share on Instagram, tag @southernbite, and use the hashtag #southernbite!
Tag on Insta Leave a Rating