This quick and easy creamy caesar dressing is bold, tangy, and is perfect on my Pasta Caesar Salad. The mayo base makes it super easy and this recipe contains no raw eggs and can be made with no anchovy. 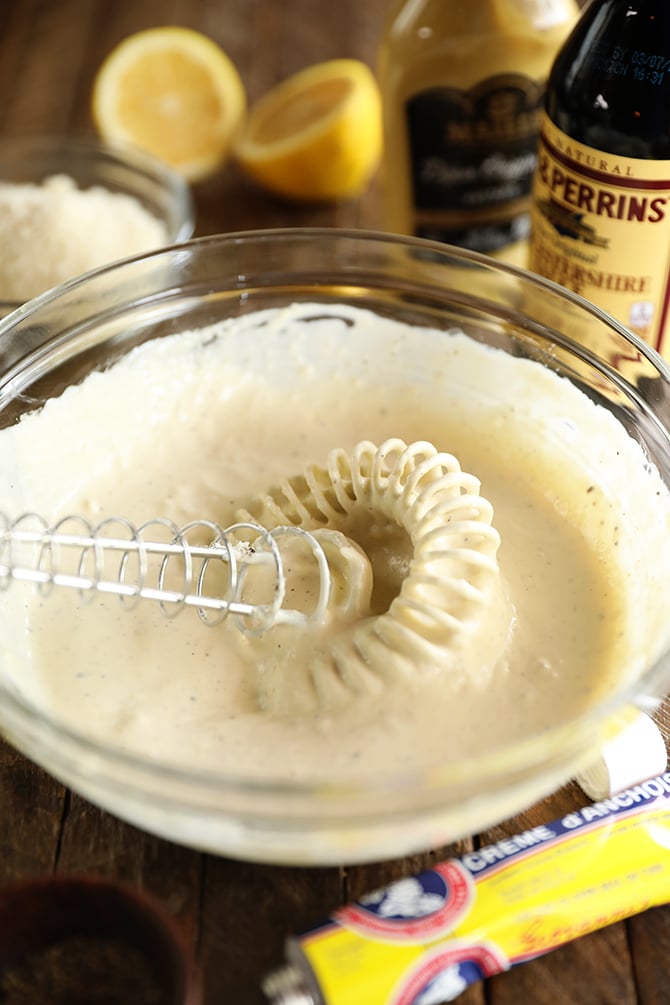 While many folks think of the caesar salad as the perfect complement to their favorite Italian meal, the caesar salad was actually created on the completely opposite side of the planet from Italy. And it has absolutely nothing to do with Julius Caesar – despite what you’ve seen on the labels of those bottled dressings in the grocery store.

This tangy, garlicky, romaine-based salad actually got its start in Tijuana, Mexico of all places and at the hands of a man named Caesar Cardini. At least that’s what they say. (Whoever “they” are.)

Now, Cardini was an Italian immigrant so there is that connection to Italy, but still.

According to Cardini’s daughter, the story goes something like this…

Cardini had a restaurant in Tijuana that was frequented by Americans due to the restrictions of prohibition. Folks could simply cross the border and enjoy a cocktail with dinner. In 1924, an unexpectedly busy July 4th rush depleted the restaurant’s supplies and Cardini created the dish using just whatever he had left. It was an immediate hit.

Now this is the generally held belief about the salad’s origin. There are some that say Caesar’s brother, Alex, created the dish. Others say Alex expounded on the dish and added the anchovies. Some even claim that it was one of Caesar’s employees who first shared the dish as one of his mother’s recipes. 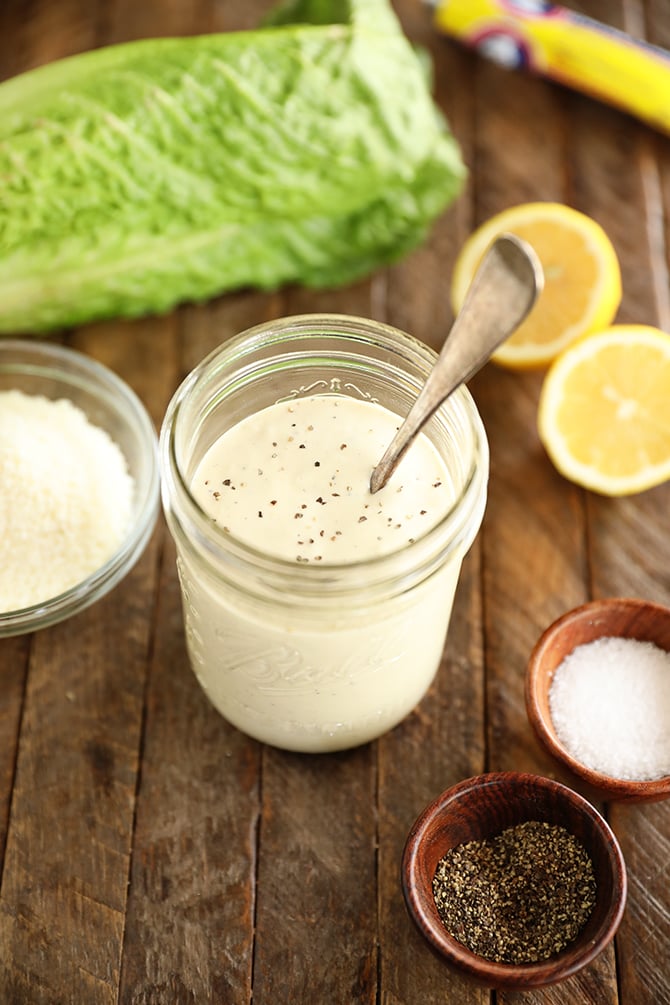 Now, I have to admit, I’m not a big fan of fishy flavors. So often times, I make this without the anchovy paste. Worcestershire sauce is made with anchovies, so for me, that is generally enough anchovy flavor. And Cardini’s daughter said he was of the same mind. All that being said, most modern caesar dressings do include anchovies, so I included anchovy paste in my version – though in a very small amount. You can add the exact amount, add more, or leave it out completely. It’s totally up to you.

Regardless, my recipe does swap the egg and some of the olive oil for mayo. Mayo is an emulsion of oil, eggs, and vinegar anyway, so it seems like a relatively obvious way to make the recipe a little easier, more approachable, and even, dare I say it, a bit more delicious.  And while it’s not exactly authentic, it sure is tasty!

Try it on my Pasta Caesar Salad: 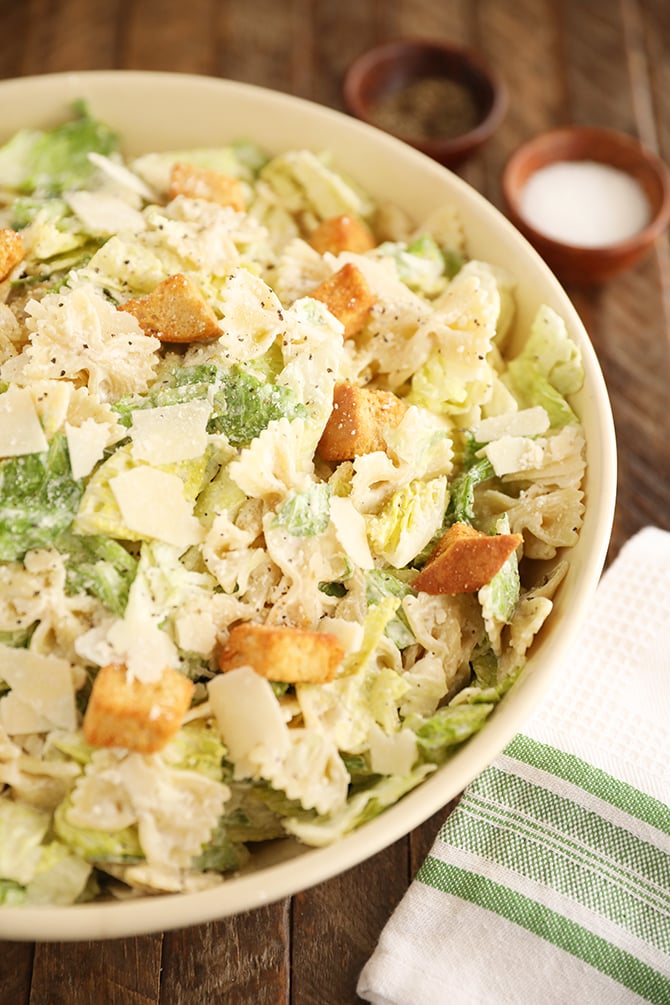 Did you make my Easy Creamy Caesar Dressing?I'd love to see! Share on Instagram, tag @southernbite, and use the hashtag #southernbite!
Tag on Insta Leave a Rating 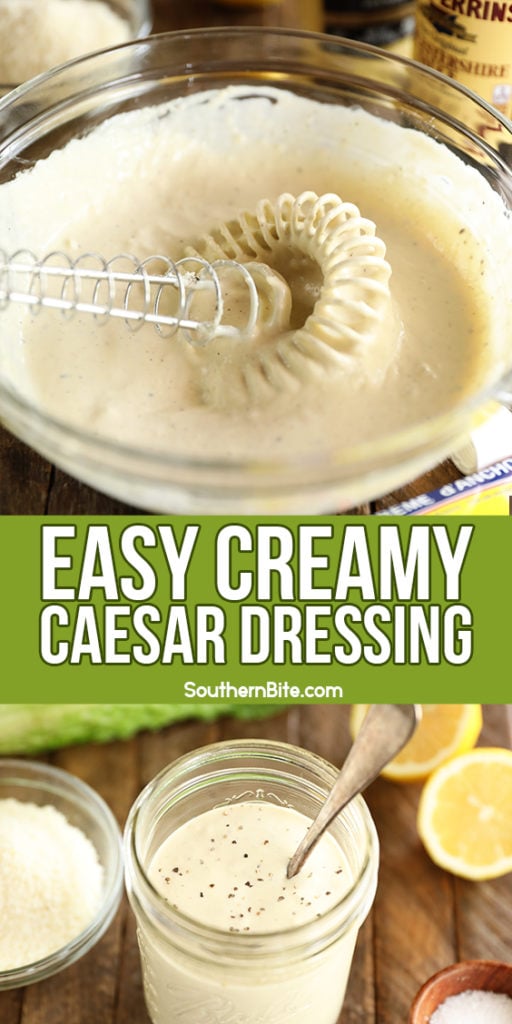