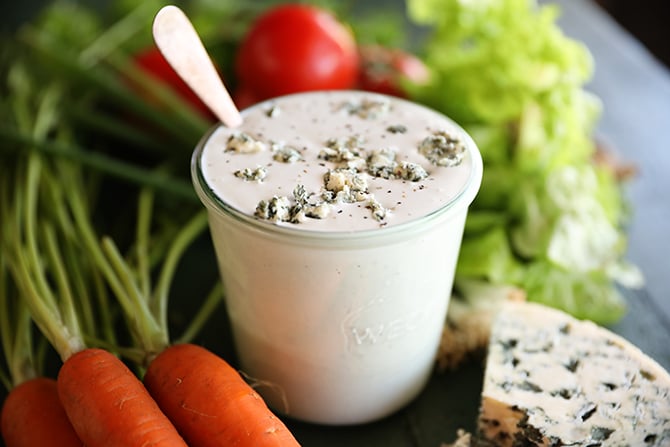 When Jack was little, he had a tendency to come through the kitchen and grab a bite of whatever was on the kitchen island that I was working on for supper. One of those times, he ended up grabbing some crumbled blue cheese. As he scampered off, I awaited the “Eww, gross!” call from the other room. But it never came. Instead, he loved it! In fact, after that point, we could only ever get him to eat a salad if it had crumbled blue cheese on it. Now, getting our kid to eat vegetables was like pulling teeth so we gladly complied and all salads included the cheese.

So blue cheese is pretty much a staple in our house. 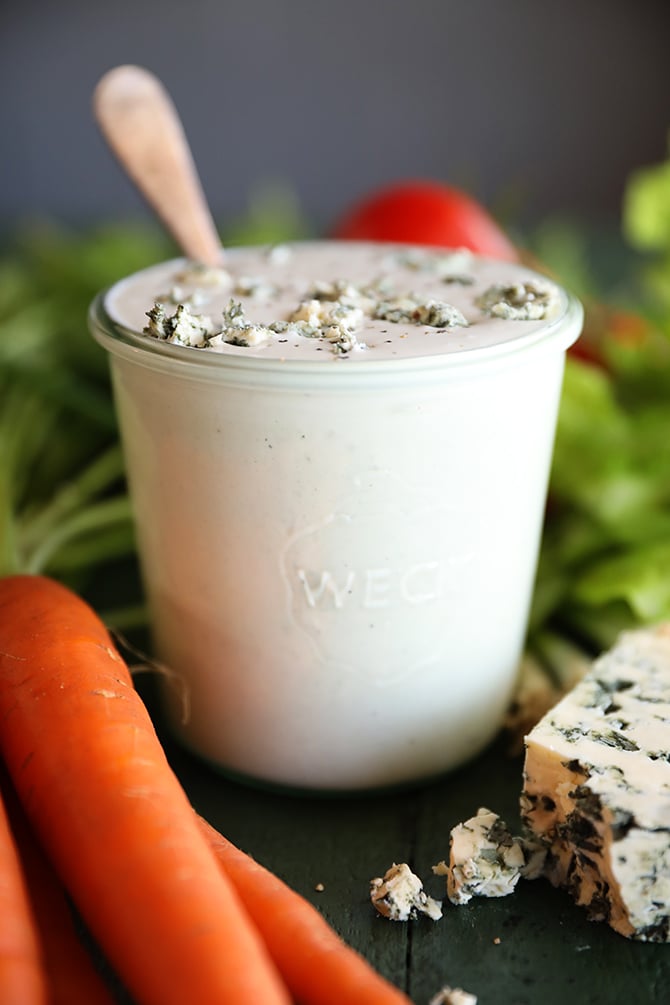 Speaking of blue cheese… After the popularity of my Best Ranch Dressing, I had tons of requests to share my recipe for blue cheese salad dressing. So today, I’m sharing that with you.

Here’s the thing, this is a sharp, yet creamy, and super savory version of blue cheese dressing. While some are a touch sweet, this version isn’t. (My recipe only calls for a pinch of sugar but you could surely add more to suit your taste, if a sweeter dressing is your thing.) But just like that ranch dressing, this is seriously the best blue cheese dressing I’ve ever had.

Let’s break it down… 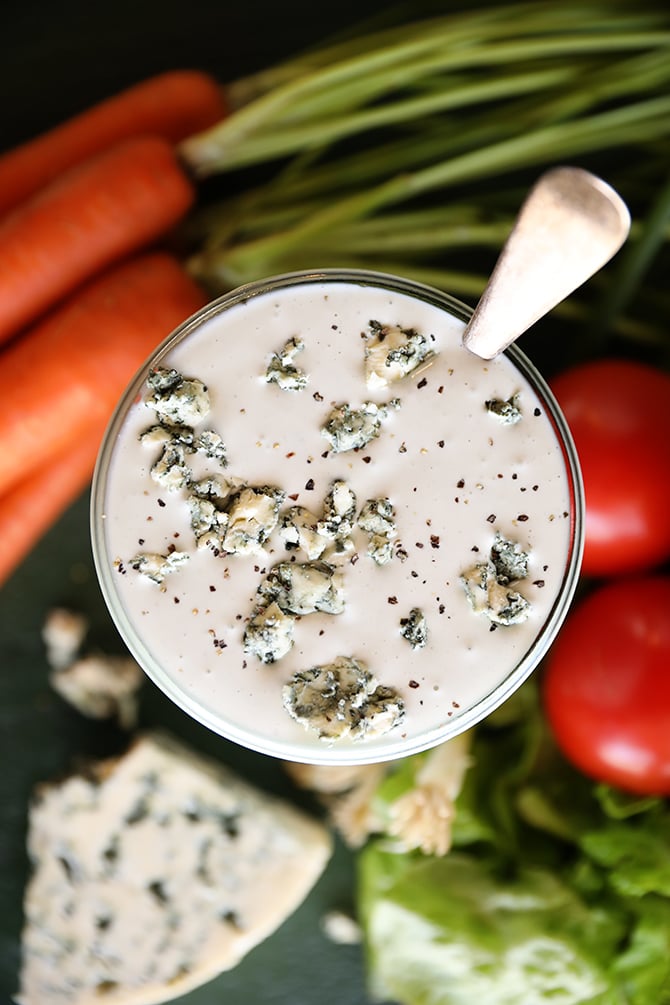 When it comes to the blue cheese, you’ve got a few options. Blue cheese isn’t a specific cheese but more like a general classification. Common types of blue cheese that you might find in your local store are Danish Blue, Gorgonzola, Maytag, and Roquefort. For this recipe, I typically use Danish Blue or Gorgonzola as I find they’re the most common in my stores and give me all the flavor I want in a blue cheese dressing. 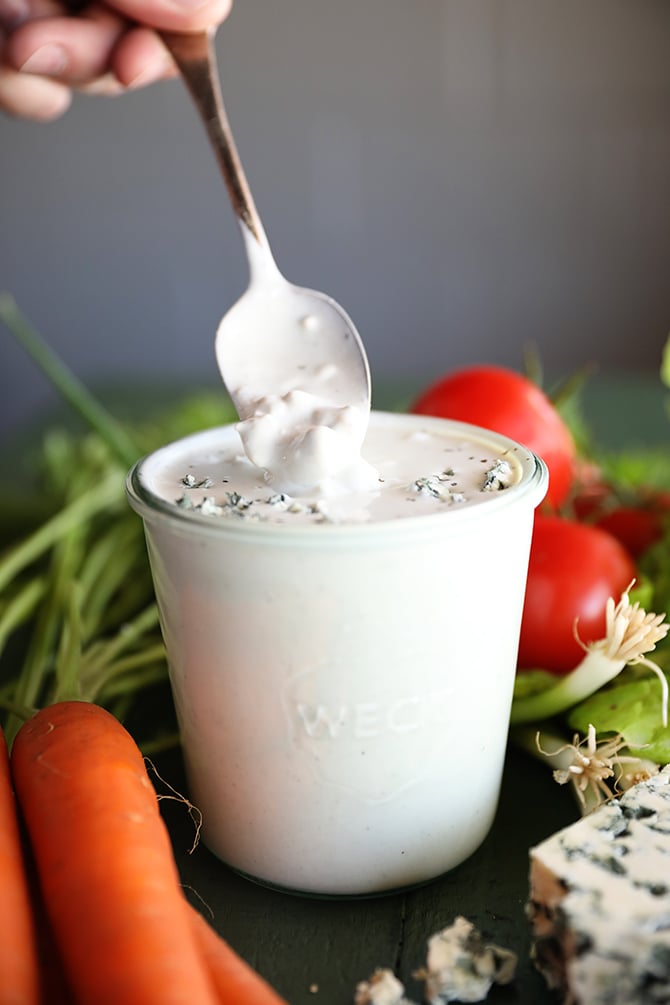 The most important thing to keep in mind about the cheese is that you need to buy a block of the cheese and crumble it yourself. While the little containers of pre-crumbled blue cheese are super convenient and great for some recipes, they lack the flavor that you need in this dressing, so buying a block and crumbling it yourself is the best option. It’s an extra step, but the dressing is otherwise super easy to make, and it really makes a difference.

For me, there is only one mayo… and that’s Duke’s. The tart and tangy flavor of Duke’s is the perfect base for this dressing. But you can use your favorite… as long as it’s not Miracle Whip. In my opinion, that’s just too sweet for this recipe. 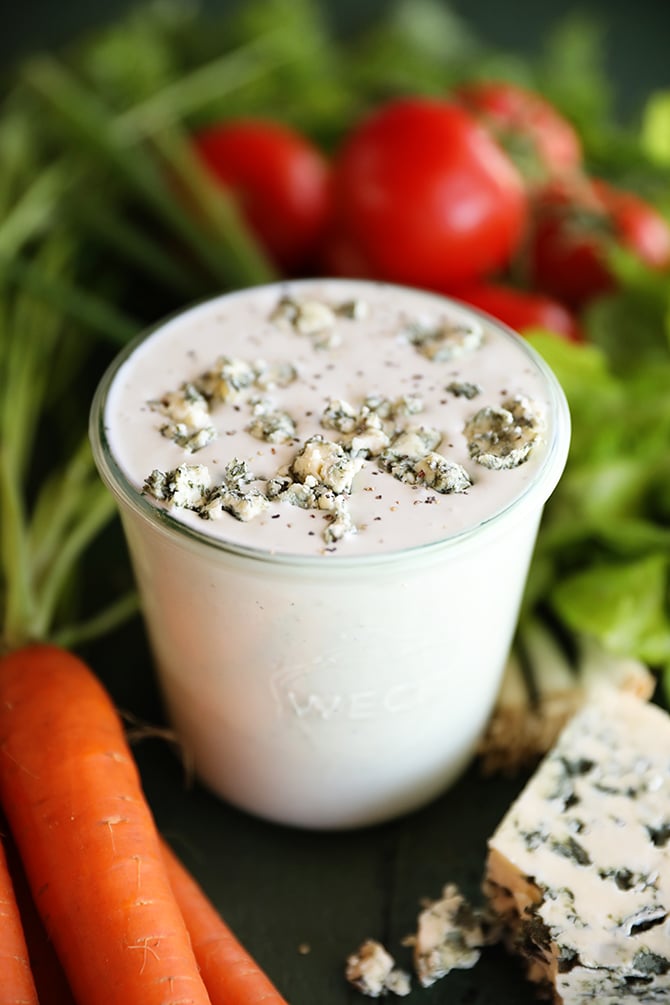 The other ingredient that we need to mention is the MSG – monosodium glutamate. Now, I know… this stuff often gets a bad rap, but actually occurs naturally in tons of foods like tomatoes, cheese, and beets. It adds tons of great flavor to this dressing and really makes the flavor pop.

The Mayo Clinic reports that while a very small percentage of folks might have a short term reaction to the stuff, scientists have not been able to link MSG to the symptoms some folks said they experienced.

All that said, if it wasn’t super important to the flavor, I’d leave it out, becasue I know some folks are sensitive to it. But it really changes the flavor – a lot!

I use the Ac’cent brand of MSG.  It’s made from corn using a fermentation process much like yogurt. You can find it in the spice aisle at your local grocer.

So, can you leave it out?  Sure you can.  But it just won’t taste the same.  But just as always, I am all about you making the choices that you feel are appropriate for you and your family. 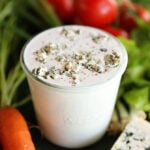 Did you make my Chunky Buttermilk Blue Cheese Dressing?I'd love to see! Share on Instagram, tag @southernbite, and use the hashtag #southernbite!
Tag on Insta Leave a Rating 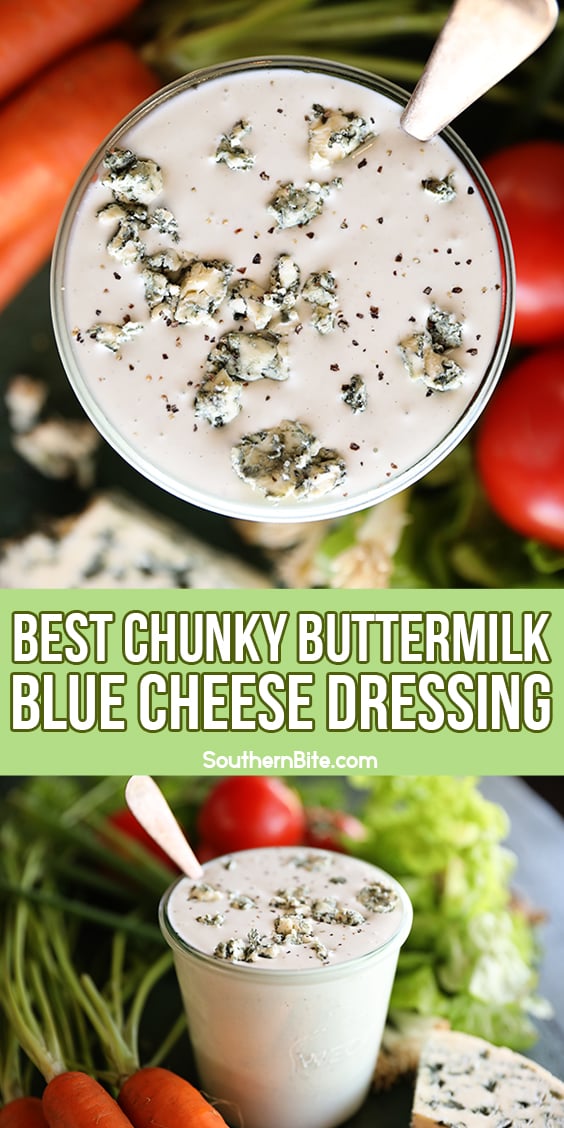