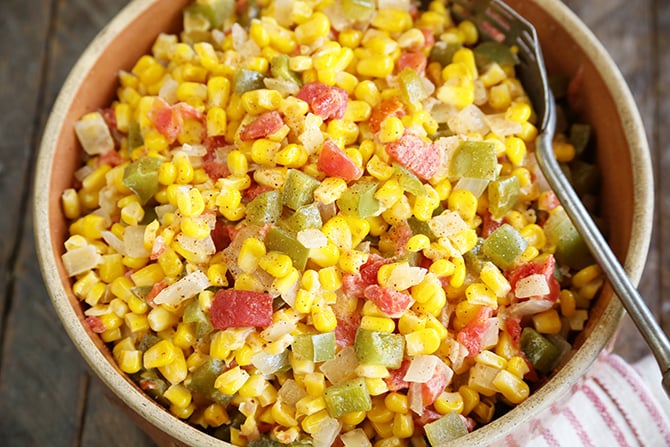 Maque Choux. Weird words, right?  My research tells me they’re French Creole pronounced like “mock shoe.”  It’s a corn-based side dish that is super popular in the more southern parts of Louisiana.  A stewed dish of sorts, it has as many varying ingredients as it does methods to make it.

I’ve been a huge Maque Choux fan ever since I tasted it at this amazing little Cajun place around the corner from my test kitchen.

Onions and peppers are cooked down in butter, then garlic, corn, tomatoes, and a generous splash heavy cream are added and the mixture is reduced until the sauce is thick.  It’s so easy, and SO delicious!

Now, I’ve seen it with and without tomatoes.  Some folks add in bacon; others throw some celery in.  I’ve had it where it tastes so sweet it was almost like dessert and then had it so spicy I could barely eat it. 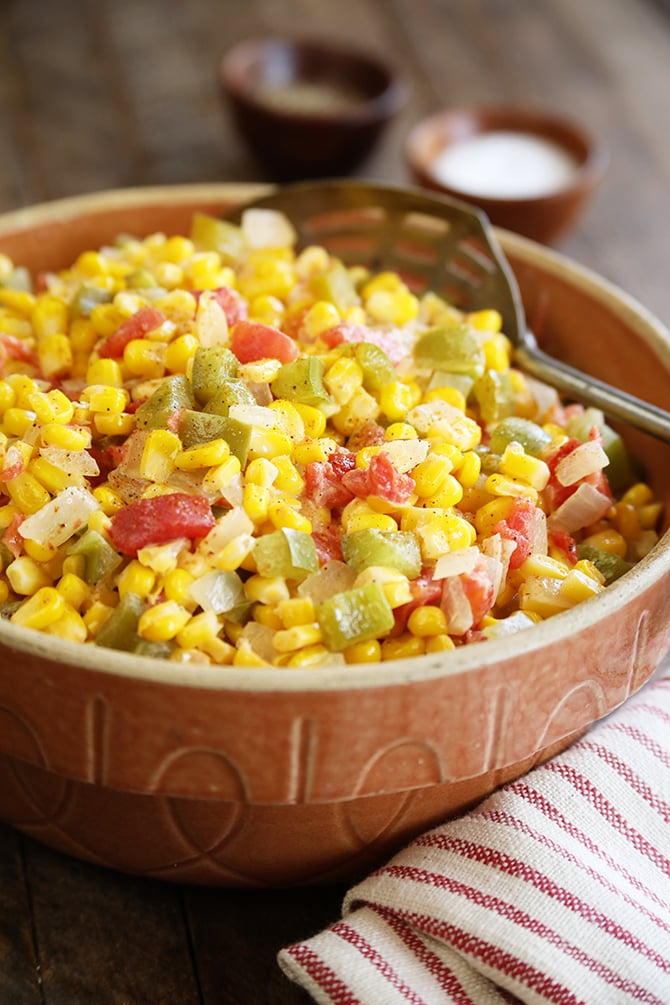 I order it every single time I see it on any menu because I love tasting all the variations of the dish.

Some say that its origins are likely a result of the Creole and Native American influences in the area where the dish became popular.  I just say it’s delicious! 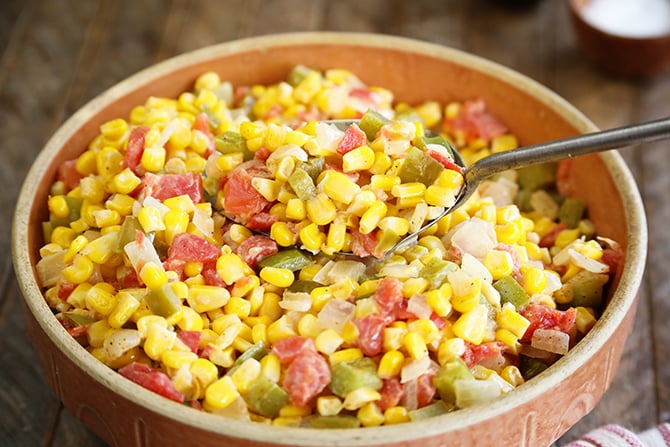 Now, I’ll level with you and tell you that much like my Southern Fried Corn, it’s best using fresh corn (about 6 to 8 ears) that you cut off the cob and then scrape the milk/starch out of the cobs. (If that sounds totally weird, be sure to check out that recipe for an idea of what I’m talking about.)  But we all don’t have time for that on a busy weeknight, so I’ve put together this much easier version so you can have Maque Choux any night of the week.

It’s got tons of flavor but you can add in as little or as much Creole seasoning as you like to add even more flavor and heat.  I love it served as a side with just about anything, but of course, it goes great with Creole and Cajun food.  You can even add in some grilled shrimp and turn it into a meal all by itself.

I know the name might sound a little different, but the flavors will certainly be familiar (even if the combination of them is a bit different) and I just know you’ll love it!  Y’all enjoy! 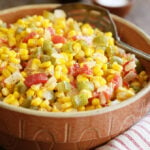 Did you make my Easy Maque Choux?I'd love to see! Share on Instagram, tag @southernbite, and use the hashtag #southernbite!
Tag on Insta Leave a Rating 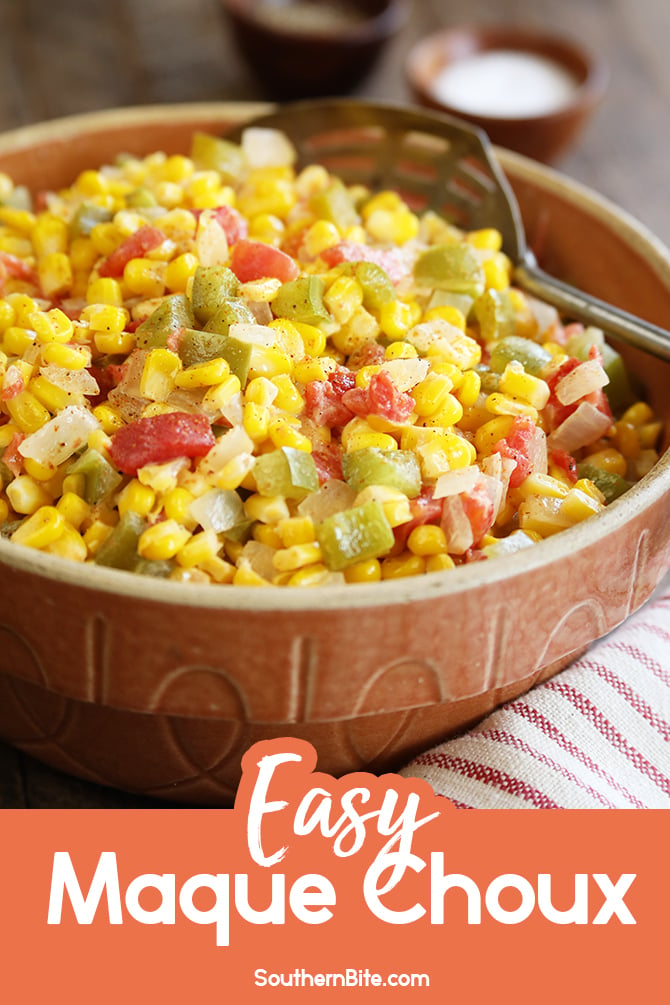