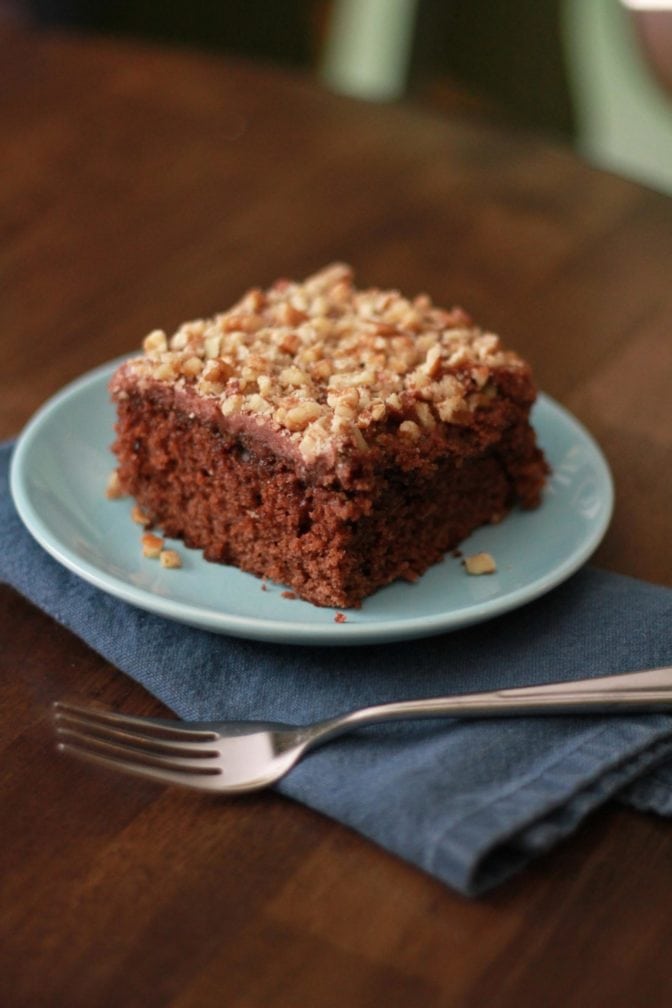 We Southerners love our Coke, and of course by Coke I mean any carbonated beverage – it’s what some folks call soda or pop or cola, you know Sprite, Coca-Cola, Mountain Dew, etc.  But down here, it’s all Coke.  You just have to specify what kind of Coke you want.  ~You know we can be kinda weird and cantankerous down her below the Mason Dixon line.~  I guess you could say my favorite kind of Coke is Dr. Pepper… and I’ve become real fond of that new Dr. Pepper 10.

Anyway, us Southern folks are so proud of the fact that Coca-Cola is a Southern invented and made product, that we put Coke in all kinds of things – I’ve even heard you can clean your car battery connections with it… not sure what that says about what’s in it, but I digress.  But my favorite, by far, is the ever popular Coca-Cola Cake.  And every Southern cook has his or her own way of whipping up Coca-Cola cake, so here’s mine.  This deliciously moist, dense cake is different from any other kind of cake that’s out there.  You really need to try it if you haven’t.  Even the icing has Coca-Cola in it! 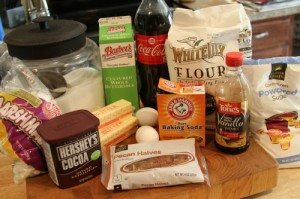 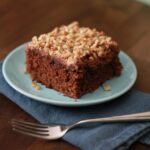 Did you make my Coca-Cola Cake?I'd love to see! Share on Instagram, tag @southernbite, and use the hashtag #southernbite!
Tag on Insta Leave a Rating