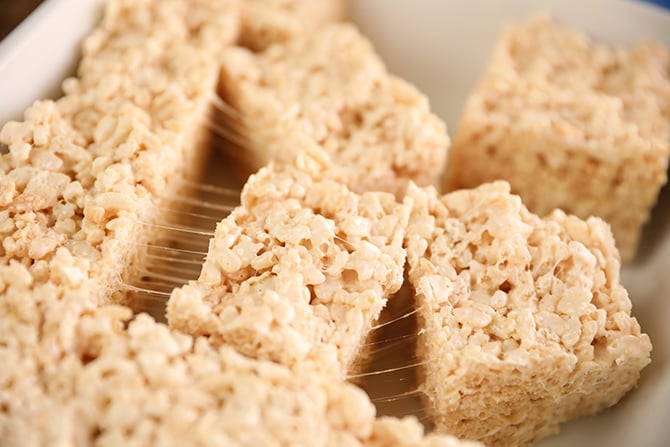 So the other day Heather called and said, “Hey! What do you think about making Rice Krispie Treats with brown butter?” Now, y’all, I’m a big fan of brown butter. Like, HUGE fan. So it was an immediate “yes” from me! 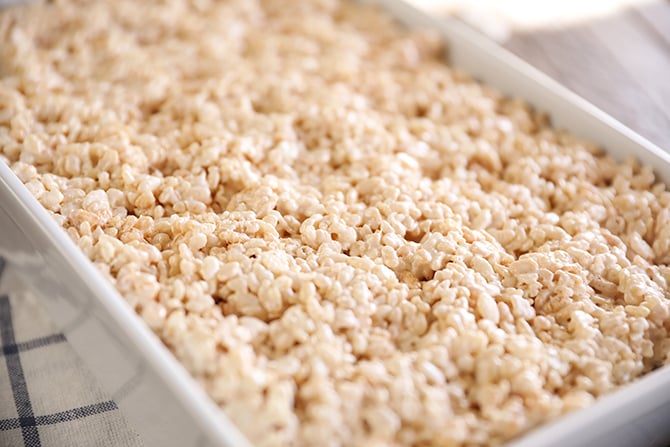 But it didn’t take long before a simple Google search showed us we weren’t the first ones to come up with the idea – not even by a long shot. But after making them (and absolutely devouring them) I knew that it didn’t matter who came up with the fantastic idea of combining Rice Krispie Treats and brown butter. I knew I had to share it. Cause, y’all, these things are amazing. There’s something about how the flavor of the brown butter elevates the simple Rice Krispie Treat to something magical. 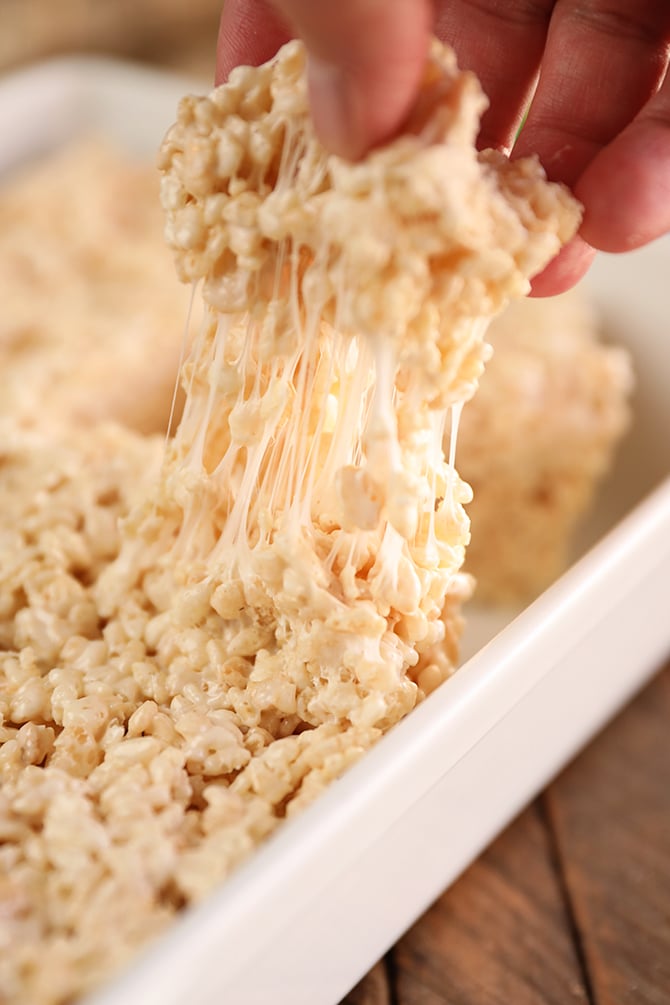 That said, my initial batches (plural for the sake of testing, of course!) weren’t as gooey and marshmallowy as I wanted them to be. So what did ol’ Stacey do? He added more marshmallow, of course! 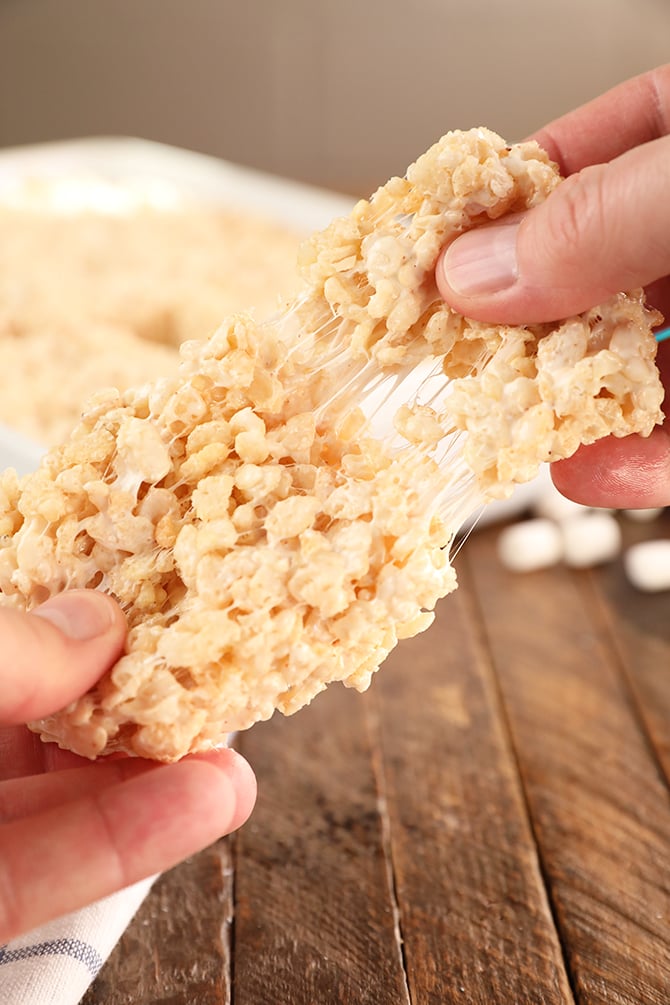 So what is brown butter?

Well, butter isn’t just all fat like, say, vegetable oil is. Butter is made up of fat, water, and some leftover milk solids. When you cook butter long enough, the water cooks out, the flavor intensifies, and the milk solids brown and get this super delicious nutty flavor that makes it even tastier. By itself, it’s a great sauce for things like fish or veggies, but browning butter is also a great way to add more flavor to things like chocolate chip cookies, cakes, and in this case, Rice Krispie Treats.

When browning butter, it’s important to keep a few things in mind…

Start with a light colored pan. I just use my standard stainless steel cookware. Dark or coated cookware will keep you from being able to see when the milk solids in the butter have browned.

The butter will foam up as it cooks. That’s totally normal.

Stir. Stir. Stir. As the milk solids brown, they may also stick to the bottom of the pot. That will increase the chances that they might also burn. Once burned, butter has a super bitter flavor, so we want to make sure that doesn’t happen. If it does happen, you’ll have to throw it out and start over. 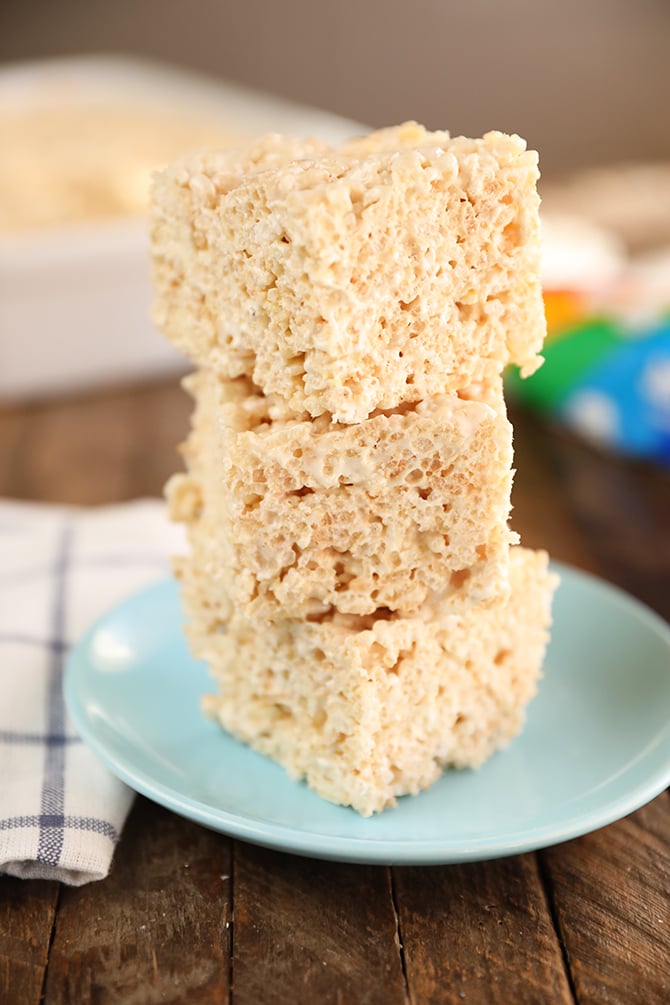 With this recipe, there’s a lot of stirring, but that’s the most difficult part. Keep in mind that when adding the marshmallow, it might seem that the butter and the marshmallow will never combine, but it will, just keep stirring. Promise. 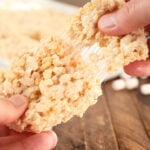 Did you make my Brown Butter Rice Krispie Treats?I'd love to see! Share on Instagram, tag @southernbite, and use the hashtag #southernbite!
Tag on Insta Leave a Rating 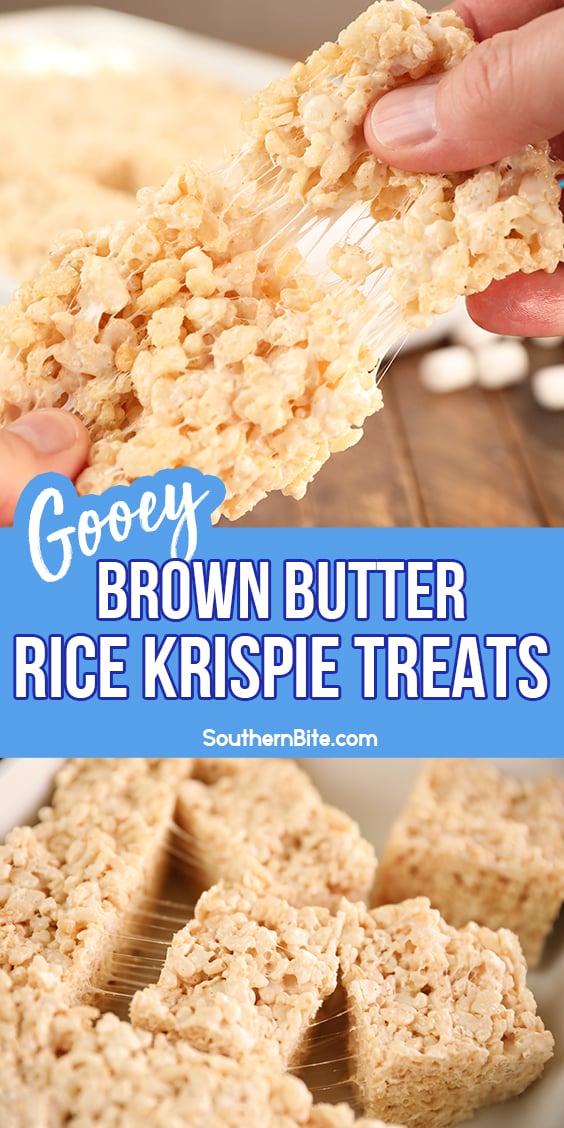