This post is sponsored by my friends at Iowa Pork, but the thoughts and opinions expressed here are all my own –  just as always.  Thanks for supporting the brands and businesses that support me. 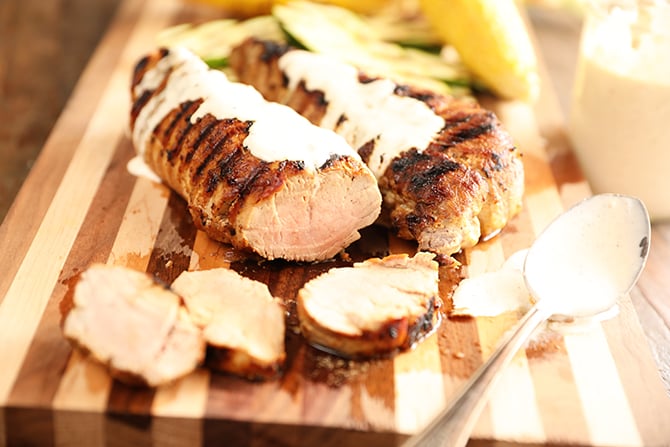 For me, recipe inspiration comes from just about everywhere. One thing I really love to do is to try and recreate dishes that I enjoy in restaurants. It’s just fun to get in the kitchen and play around with flavors and ingredients. This recipe for White BBQ Sauce Grilled Pork Tenderloin is one such recipe!

A few weeks back, we went to this great restaurant at the beach that had a similar dish on the menu. Now, when I’m at the beach, I usually opt for something seafood related, but this pork dish really got my attention. It was a white BBQ sauce grilled pork tenderloin that was served over collard greens, mac and cheese, and was topped with onion rings. It was completely over the top! SO delicious. And while the combinations of flavors was excellent, I just really loved how tender, juicy, and flavorful the tenderloin was. So I knew I had to make it myself. 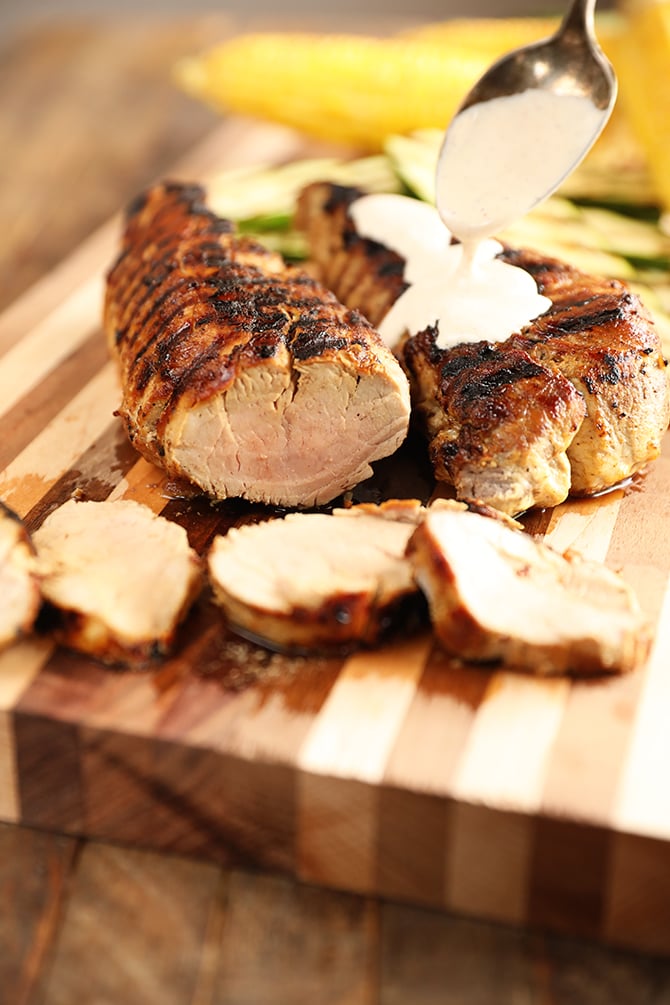 Now I’m no stranger to white BBQ sauce. I’ve had a great recipe for it on the blog for years. So I knew exactly where to start.

White BBQ sauce was created in the 1920s by a man named Bob Gipson. He created the sauce as a way to keep the chickens he smoked moist. He’d pull them off the pit and dip them in the sauce. He later opened a restaurant called Big Bob Gipson’s and the sauce has been on the menu since day one.

It’s a super tangy, peppery sauce that adds tons of flavor. In this recipe, use use it as marinade and as a sauce for the meat once it’s cooked. 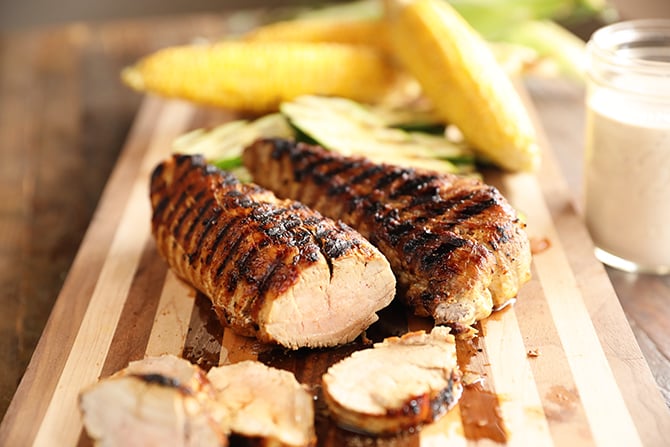 Now while mayo might seem like a strange ingredient when it comes to grilling and smoking, it’s actually pretty brilliant. As marinade, it helps to add flavor and keeps them meat intensely moist as it cooks. In fact, I’m not sure I’ve ever had pork tenderloin be as moist as it is using this method.

Then we drizzle a little more of the sauce over the finished pork and it adds even more flavor. 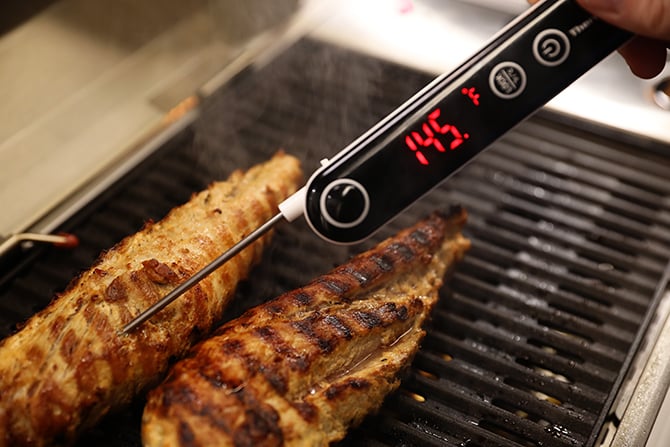 Another trick to perfectly juicy pork is being sure not to overcook it. Cooking it right to the sweet spot at 145°F is key. I also like to let it rest for a bit to allow the juices to redistribute before slicing it. 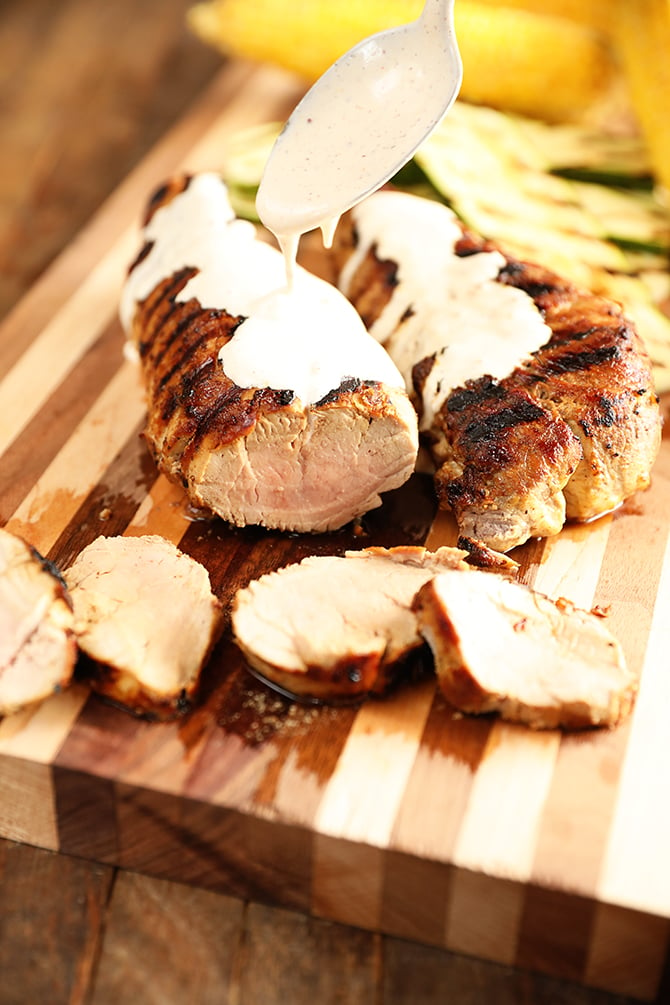 This marinade is also perfect on just about any other cut of pork as well. Pork chops and ribs also do remarkably well with this method, if you can’t get your hands on pork tenderloins.

Just keep in mind this recipe calls for pork tenderloins, not pork loin or pork loin filet. Those are a bit different. Again, it will all work with this marinade, but the cook time will be different. 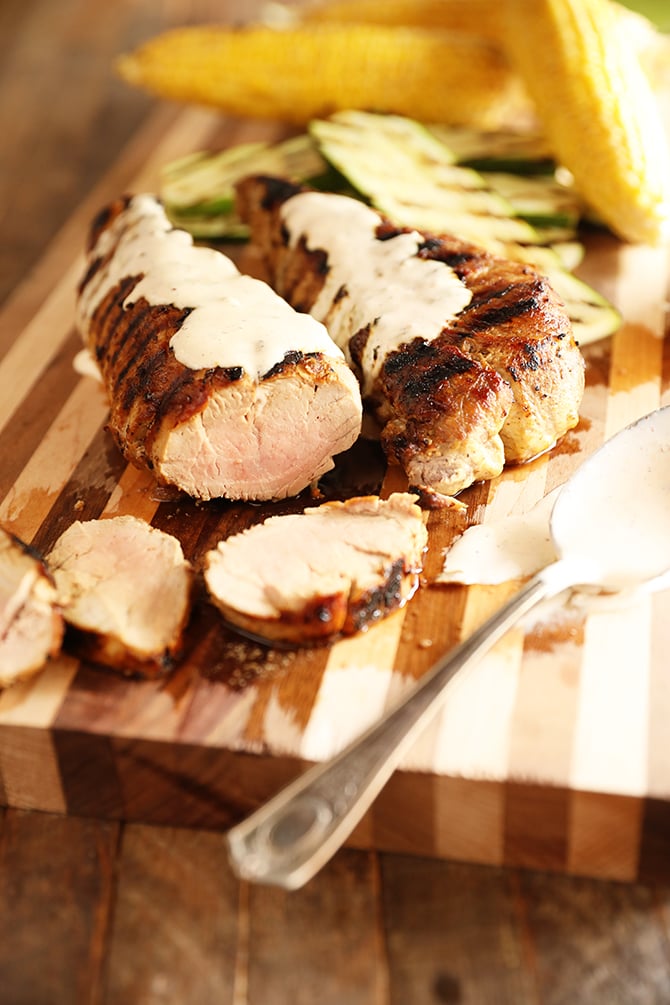 And whether you buy your pork from a grocery store or a local butcher, you’re supporting family farms here in the US. About one third of the pork consumed in the US comes from Iowa farm families. 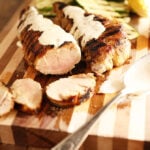 Most grocery stores sell pork tenderloin in a vacuum sealed bag with two tenderloins per package. The package should be between 2 and 3 pounds total weight. Note that this is pork tenderloin and not just pork loin.

Did you make my White BBQ Sauce Grilled Pork Tenderloin?I'd love to see! Share on Instagram, tag @southernbite, and use the hashtag #southernbite!
Tag on Insta Leave a Rating 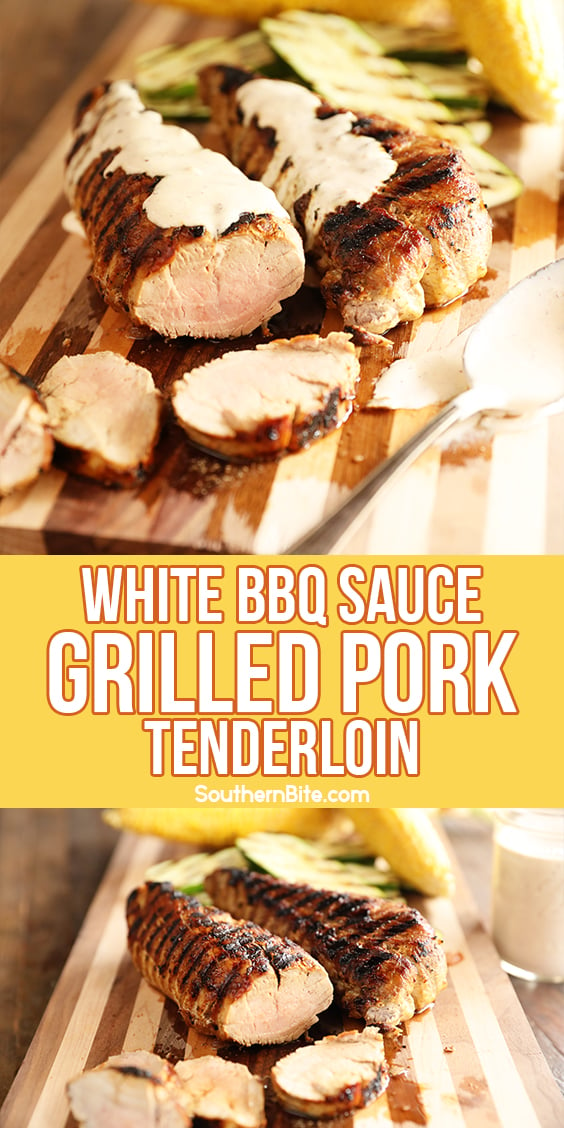