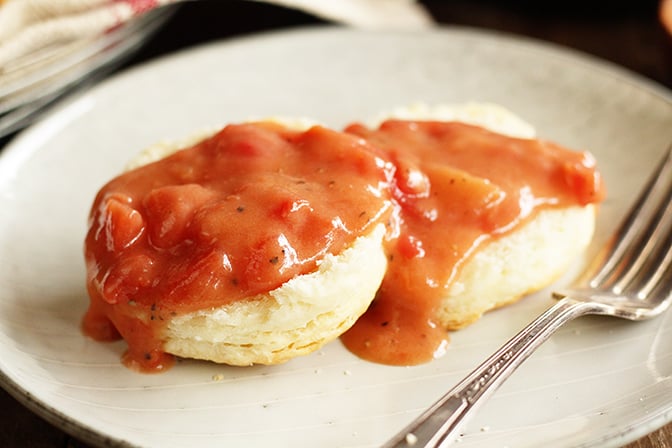 This morning on the way to school, the DJs were talking about a friend of theirs and what a great life she was living.  Because of a terminal illness, she had recently been given about a year and a half to live and was working hard to make the best of the time she had left.  One of them said it was like she had set a timer and knew she had so much stuff to do before her time ran out.

I’ve often pondered that age old question of whether you’d want to know when you’d die if the ability to do so existed.  On one hand, you’d be able to do the things you’ve always wanted to do because you’d know just how numbered your days were.  On the other you’d might spend each day fretting, realizing your time was quickly fleeting. 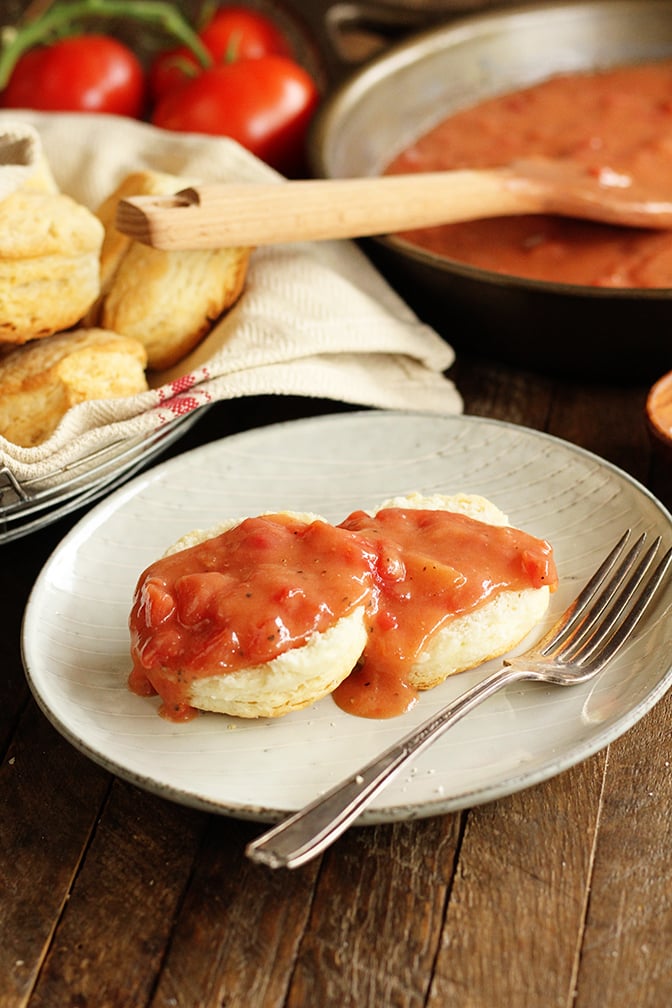 Well, folks, the truth is… your timer has been set.  Your days are numbered.  And while there’s no way to know exactly how many you have left, when this one ends, you’ll be one day closer to that timer ringing.

On the same program, they were talking about a philosopher named Alan Watts.  I didn’t catch much of what they were saying about him. I was in drop off line at school and was trying to pay more attention to my sweet boy than the radio, but I caught his name and looked him up when I got to the test kitchen this morning.  Admittedly, I know very little about his philosophy except for one idea that caught my attention.

We hear so many times that when we consider life, it should be about the journey, not the destination.  And while there’s some truth to it, Watts argues that it’s not really about the journey either.  The journey –  the travel – is really always about getting to wherever we’re going.  And we’re constantly creating quicker, more efficient ways to get there so we can enjoy more time wherever “there” is.  Most trips are really more about the destination than the whole “getting there” thing.  So thinking of life as a journey isn’t really the right analogy.

Watts suggests that we look at life as if it were music or dancing.  It’s not about getting through it, it’s about enjoying it while it lasts.  We don’t play a song and hope it rushes through to the end.  We don’t pick a spot to end up at when we’re dancing and work our way to get there.  We enjoy each of these things as they’re happening.  We take them in.  We listen and step with intent.  Music is an experience.  Dancing is an experience.  They aren’t tasks to accomplish a goal.  They’re about the acts themselves.

Again, your timer has been set.  Are you going to rush through life to get to the end or are you going to enjoy each and every note and step on the way.  When the timer rings, what’s left? 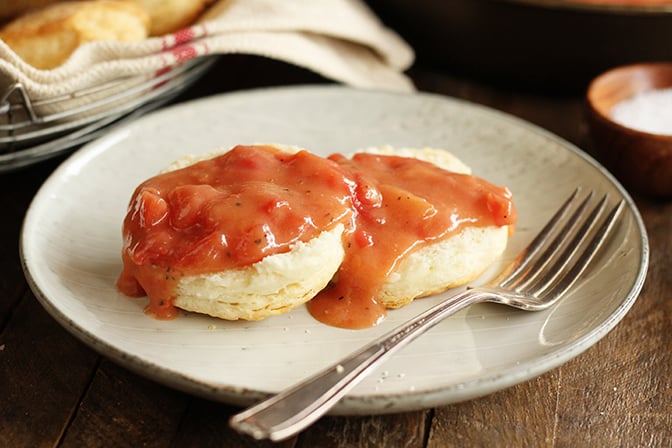 Tomato Gravy has always been a breakfast staple in my family.  I can’t count the number of times I remember hearing that pop as my mom would open a jar of my grandmother’s homemade canned tomatoes to make it. The tangy, savory topping is perfect for homemade biscuits, scrambled eggs, you name it!  I even love it poured over cheese grits – think shrimp and grits, too.

And while you don’t have a stock of my Nana’s canned tomatoes, I’ve fixed this recipe up where it will work just perfectly with a can of tomatoes from the store.  Also, many folks remember this dish made with water as the liquid.  And while that works just fine, chicken broth gives you a whole other dimension of flavor.  Y’all enjoy! 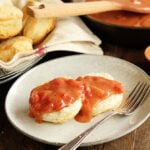 You can substitute about 5 to 6 fresh diced tomatoes for the canned tomatoes in this recipe, but may need to add some additional chicken broth to reach the right consistency.

Did you make my Southern Tomato Gravy?I'd love to see! Share on Instagram, tag @southernbite, and use the hashtag #southernbite!
Tag on Insta Leave a Rating