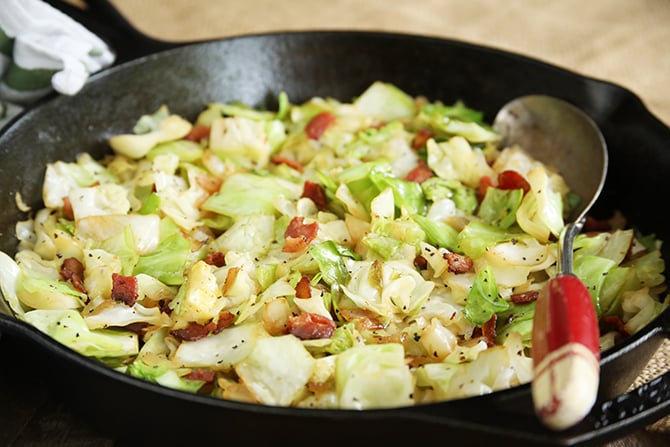 I just love cabbage any way, but this is probably one of my favorite ways to make it.  Like with my Squash and Onions a few weeks ago, I made this and then proceeded to eat about half of it all by myself after I shot these images.  I suppose there are worse things to eat half of.

When I was growing up, mom made cabbage quite often.  It was cheap and we all liked it a lot. I remember she would always cut out the core and leave it for Dad and me.  And while it’s not like we would eat the stem, we would race to see who could get to the core first.  We both love the crunch and flavor of that core.  Sometimes it even had a little heat to it.  Such weirdos, right?  Have you every tried eating the raw core? 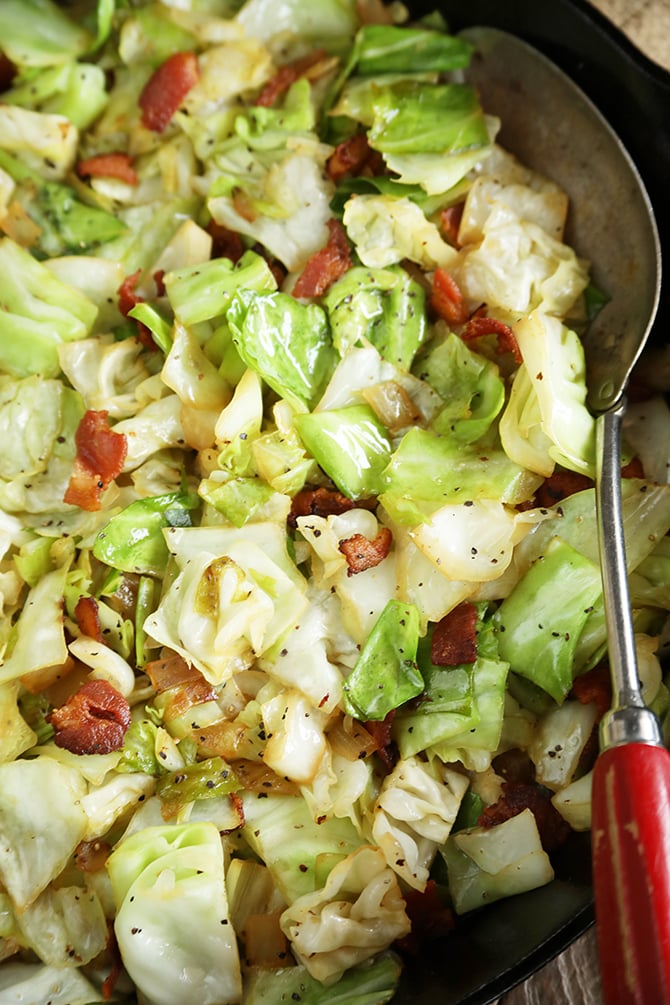 This recipe starts by cooking bacon pieces until crisp.  Next, you add in some onion and cook it until tender.  Then add in the cabbage and with a little help from some chicken broth (which gives it even more flavor) cook it down to perfection.

It’s a super savory, smoky side dish that pairs well with just about any menu. 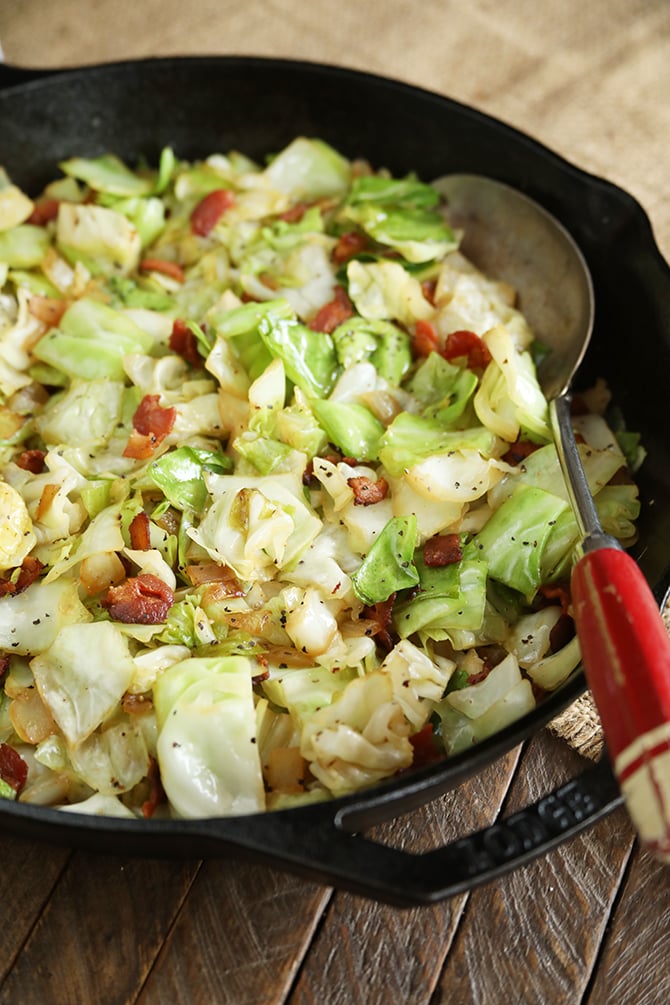 A few things to note on this recipe: 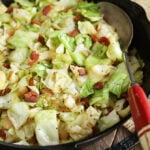 Did you make my Southern Fried Cabbage?I'd love to see! Share on Instagram, tag @southernbite, and use the hashtag #southernbite!
Tag on Insta Leave a Rating 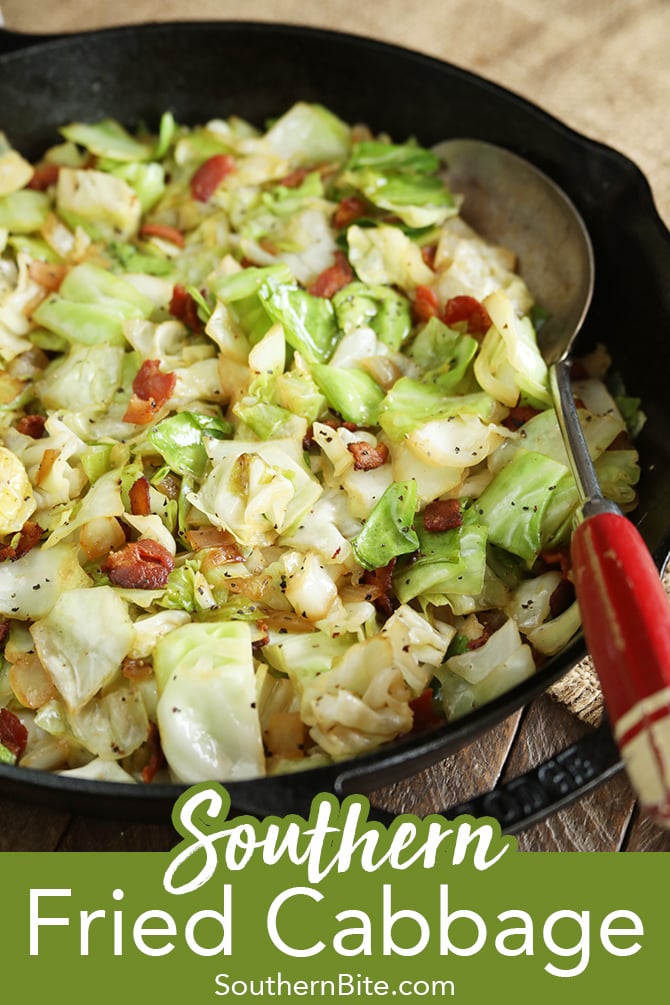