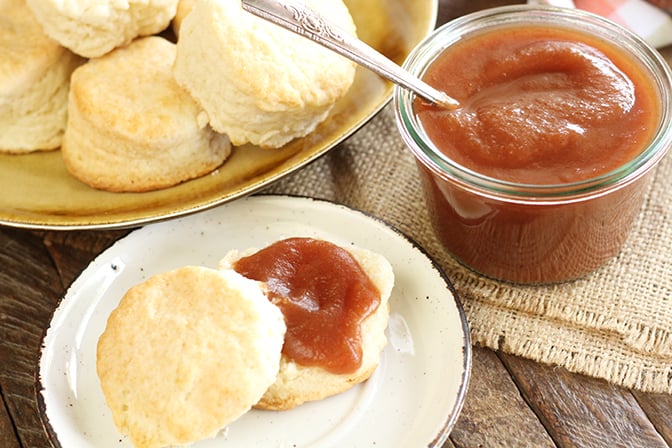 I just love apple butter.  But to be honest, I’ve never made it.  And even though we’ve not had a taste of that cooler fall weather yet, I’m craving some of those delicious flavors of the season – apple, cinnamon – you know what I mean. 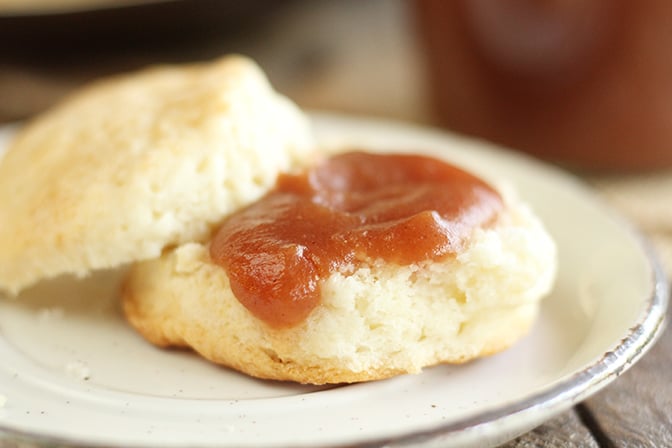 So I jumped over to JustaPinch.com and found this recipe for Homemade Apple Butter from home cook Gail Herbest.

Now, I’ve always just been satisfied with the store-bought apple butter, but I had no idea just how delicious it could be.  Nor did I know how easy.  I mean, this recipe is made in the slow cooker for goodness sake!

This stuff is amazing – perfectly sweet, but a touch tart.  And I was worried that the spices wouldn’t be enough, but there were plenty to give it the perfect warm flavors I wanted. 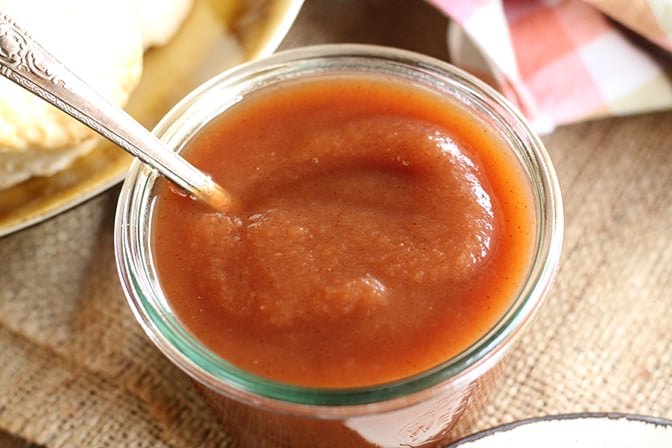 The most time consuming thing for this recipe is peeling all the apples.  But I pulled out my trusty apple peeler/corer (best $13 I ever spent) and it made quick work of the task.  Since it also slices, I had 6 pounds of apples peeled, cored, and chopped in about 10 minutes. 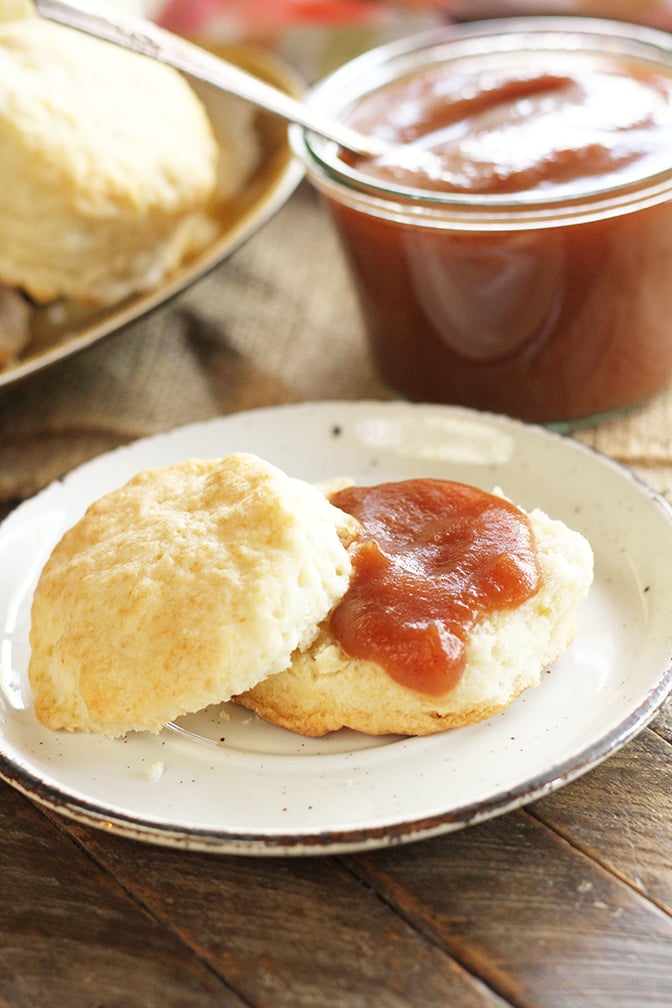 Gail’s recipe is perfection.  That said, I did make a few little tweaks that are worth mentioning.  Her original recipe called for 5 1/2 pound of apples, but since most markets sell apples in 3 pound bags, I used 6 pounds and it worked out perfectly.  I also used an immersion blender to puree the mixture to a smoother consistency.  But that’s it.  It’s hard to fix perfection, right?

This stuff is seriously amazing on hot biscuits, toast, over pound cake, just a spoon – you name it.  And it makes about 6 cups so you’ll have plenty to share with family and friends.  You can also can this using the water bath method to save it even longer.  Y’all enjoy! 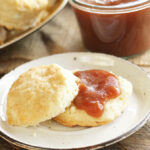 Did you make my Slow Cooker Apple Butter?I'd love to see! Share on Instagram, tag @southernbite, and use the hashtag #southernbite!
Tag on Insta Leave a Rating 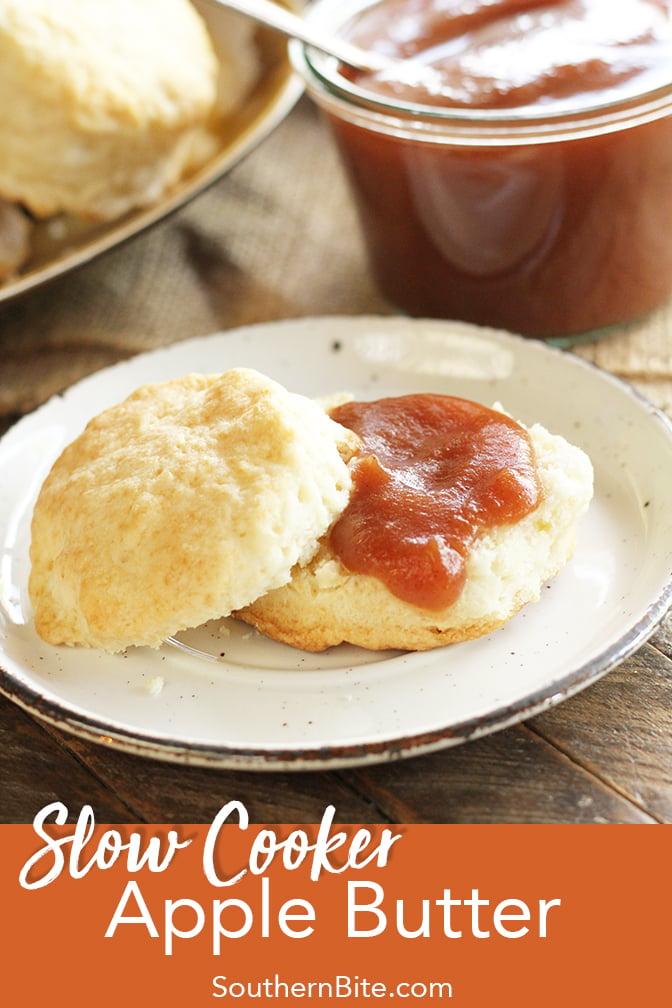