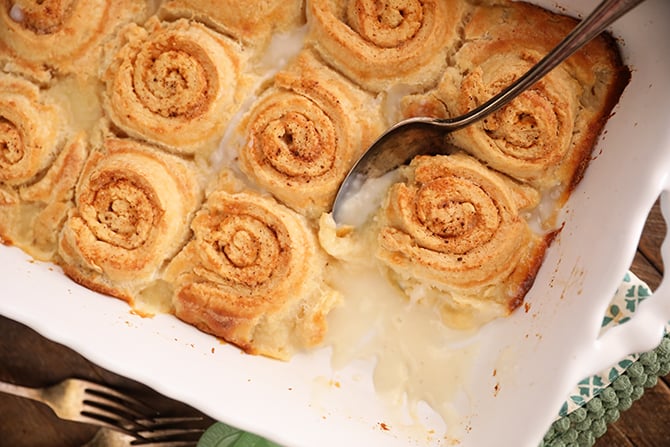 I absolutely love hearing from y’all. Whether it’s a thank you note for a recipe, some thoughtful constructive criticism, or seeking help finding a recipe, answering comments and emails is one of my favorite tasks each day. I particularly enjoy those notes from y’all that want some help finding a time-honored, old fashioned recipe you remember from childhood. And after quite a few notes about a recipe for butter rolls, I went through my files (I have a serious old cookbook collection) and decided to share this one with you today! 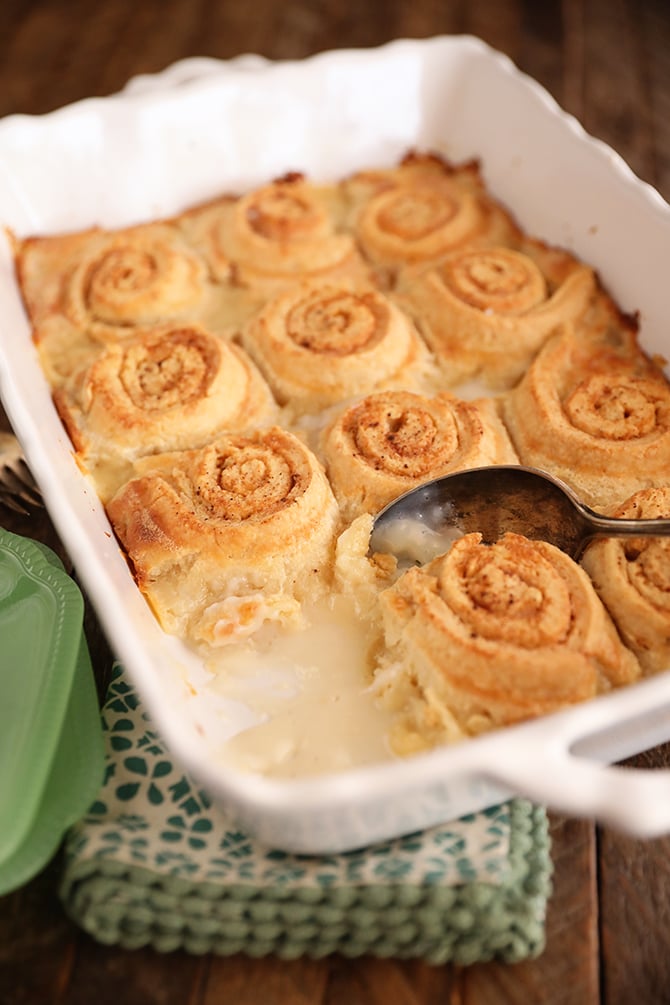 This is an old recipe that many folks remember their grandmothers making. The ooey-gooey dessert is made up of tender, flaky biscuit dough filled with butter, sprinkled with sugar and nutmeg or cinnamon, rolled into pinwheels, and baked in a rich, creamy sweetened milk sauce. The result is super tender, moist rolls that look like a cinnamon roll, but taste entirely different. The sauce thickens into a custard of sorts and keeps the rolls tender and gooey. 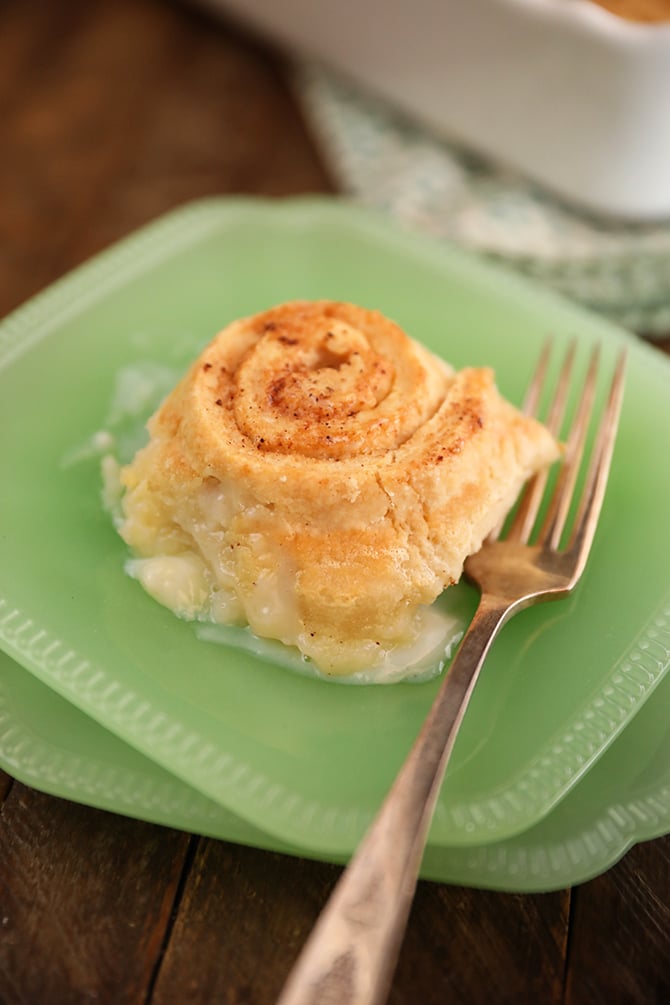 I have made a few updates and changes to the old school recipe, though.

To start, I use self-rising flour instead of the all-purpose called for in the recipe. It’s something I always have on hand and it saves a few steps when adding leavening. If you don’t have self-rising flour, here’s a quick tutorial about how to make it. While the old recipe doesn’t include leavening, I think it keeps these rolls from being super dense. That said, you can totally use plain all-purpose without the leavening if you want.

Most old recipes call for 1 cup of shortening to 2 cups of flour for the dough. In testing it, I found that to be too much fat. It made the dough harder to work with and the rolls ended up crumbly after baking. So, I reduced it to 1/2 cup of shortening and was much happier with the results. And if shortening isn’t something you’ve got in the pantry, you can replace it with an equal amount of butter. 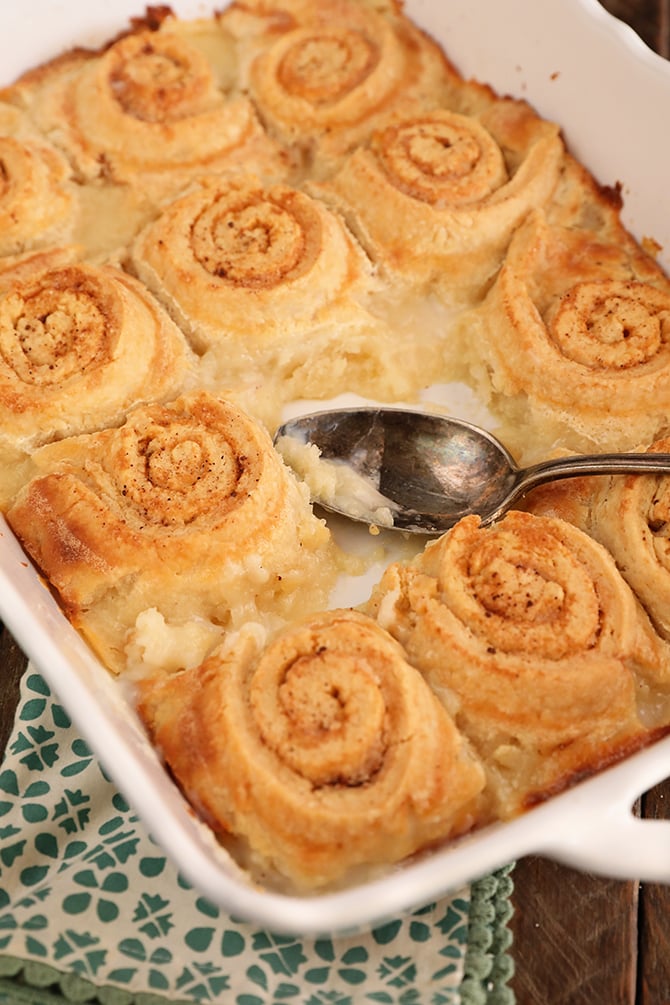 The other ingredient worth mentioning is nutmeg. Nearly every old recipe I consulted, including the one I had in my recipe files, called for nutmeg. So I imagine that many grandmothers out there used nutmeg. And if you want it to taste just like hers, you’ll probably want to use nutmeg.

That said, I tested a batch with an equal amount of cinnamon and liked it a bit better. A half teaspoon isn’t quite enough to make them taste like cinnamon rolls, per se, and I just kinda liked the cinnamon flavor better. But you should try them both ways, to be sure. There, I just gave you permission to make two batches of these beauties! Y’all enjoy! 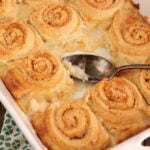 Did you make my Old Fashioned Butter Rolls?I'd love to see! Share on Instagram, tag @southernbite, and use the hashtag #southernbite!
Tag on Insta Leave a Rating 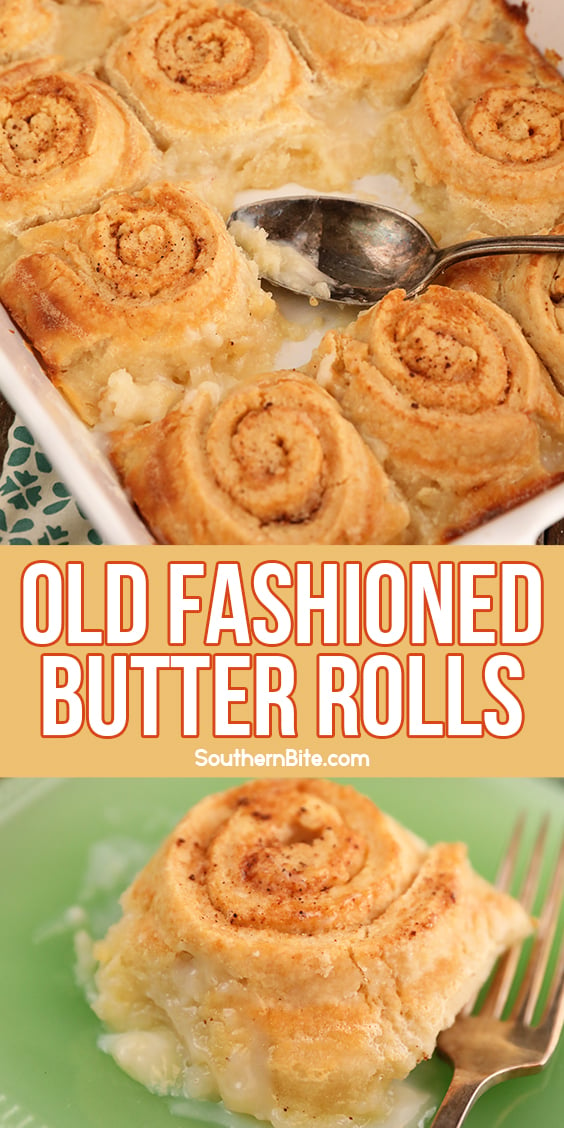