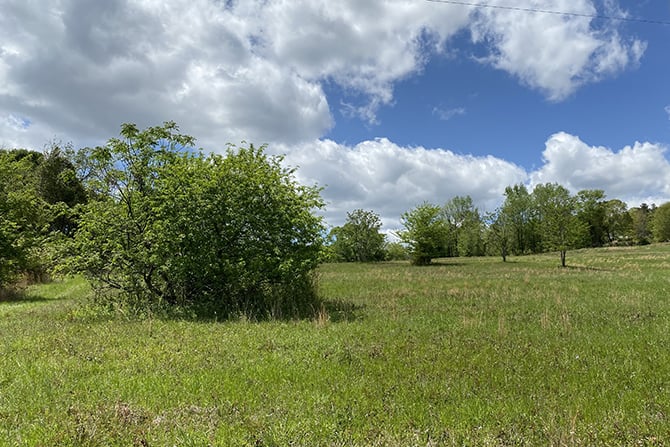 Thirteen dollars and forty-seven cents. I knew that number incredibly well. It was the exact cost for the generic version of the baby formula Jack had to have when he was born. He couldn’t tolerate some of the other stuff, so this specific formula was what he needed to help reduce his reflux. And while the name brand was quite a bit more, I knew I could get it at Target, in their brand, for $13.47. And each week I worried as I scraped and scrounged to get the money we needed for it.

It was 2008 and Heather and I had been married for just over two years when Jack was born. And money was tight. Actually tight doesn’t even begin to describe it. We were barely making ends meet. And some months we weren’t even doing that.

When we married in 2006, Heather came to the marriage with considerable student loan debt due to putting herself through nursing school. Unexpected job loss for me, combined with other unforeseen events we couldn’t have planned for had us in a bad place. A very bad place. Sometimes bad stuff just happens. 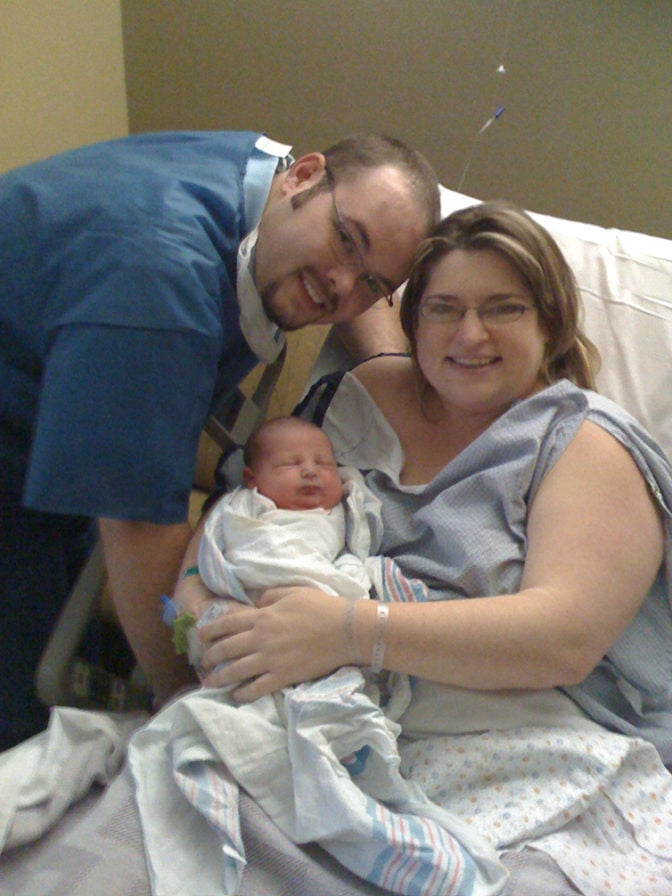 When Jack was born, I immediately knew that I didn’t want to raise him in a situation like that. So we did the only thing we knew to do. We started praying and making huge changes.

We sold our vehicles for older, less expensive models. We set super strict budgets, cut out the “extras” in life – like eating out, and saved money every way we could. But it wasn’t enough. There was no way out of the hole. It was just too deep.

We eventually got to the point where we had no choice but to borrow some money from my parents and file for bankruptcy. We were at rock bottom.

Now there will be those out there who will say, “You took the easy way out.” But let me assure you, until you’ve had to sit in a courtroom and be humiliated, until you’ve had relatives call you to tell you’ve they’ve seen your names in the bankruptcy section of the newspaper, until you’ve had vehicles repossessed from your driveway in the middle of the night, until you’ve had every financial move you made for the better part of 10 years overshadowed by something like a bankruptcy, then you have no idea just how hard it is. It was a tragically demeaning process that has longterm financial consequences, but it exists for a reason. However, that’s not the end of our story.

I refused to be defined by what had happened and I was determined to never allow something like that to happen again. So this story isn’t one about that. This story is one about taking control and changing your life for the better. 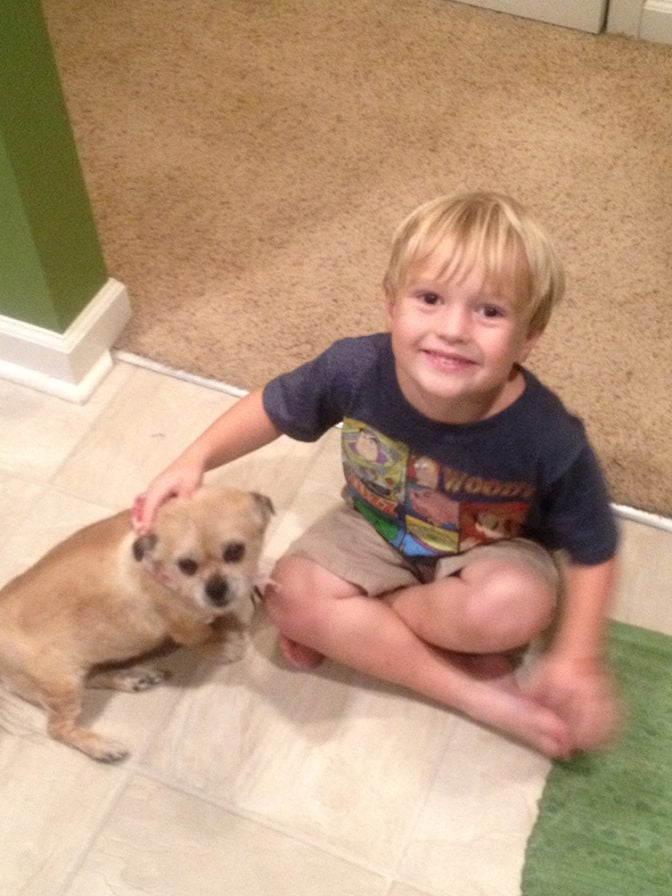 We settled our debts and set out to create a new life for our child. We cut out all the extras, saved money every place we could, and literally drove those vehicles until the doors fell off. We pinched pennies in every sense of the phrase. I read every personal finance book I could get my hands on and took a number of online courses as well. It was one of the hardest things we ever did.

But we did it.

In 2010, we decided it was time for Heather to realize her dream and sent her back to school for her masters and to become a nurse practitioner. While it put us in a position to incur more debt, we knew the increase in pay would help offset that and eventually help us save even more. We slowly started to get a handle on things. 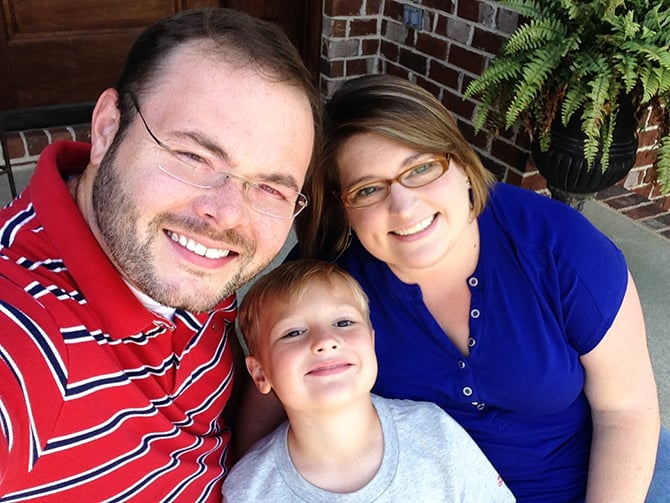 A hiccup came in 2016 when my job of nearly 13 years was eliminated – along with half the staff at the organization. But back in 2008, I had started this little blog called Southern Bite as a creative outlet during some of the most stressful times of my life. And all the nights and weekends I had spent pouring into this little passion project were starting to pay off. It was generating some income and gave me some cushion to fall back on.

The truth is, Heather and I had been talking about the idea of me leaving my “regular” job to focus on Southern Bite full-time for a little while. She was settled in as an NP by that point, and we both felt there was a pull for me to spend more time in the kitchen. But I’m a planner. I like to know where my paycheck is coming from and how much it’s going to be. I like having benefits like health insurance. And leaving a sure thing for self-employment just didn’t seem like a smart move. I started praying for God to give me a sign that it was time to make that move, but I never saw one… until one particular day. And it was a big sign! The truth is, he’d actually given me quite a few signs, looking back, but I was too stubborn to see them. So when I failed at seeing those, he sent me one I couldn’t ignore.

I vividly remember that phone call with Heather after the meeting where I learned I’d be losing my job. I was standing in the back parking lot of the office talking to her on the phone. She was in tears, but I had a sense of peace about it. I knew that this was the sign God was sending me and I knew I had to trust him. So I put my nose to the grindstone and set out the next day building Southern Bite to be even more… recipe by recipe. And I never had to look back. Not once. 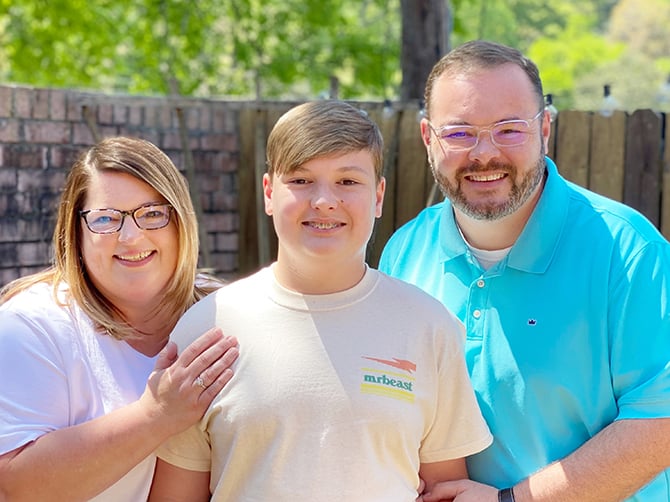 So why am I telling you all this? Well, because I’ve got some crazy exciting news to share with you, but it’s important to know how we got here. So, hang tight…

A few years back, we got to the point where Heather and I started talking about building a house. Nothing too big or fancy – just a place that we could continue to raise Jack and then grow old together in – a place that we had a chance to create – a place that felt like us and had our own marks on it. So we set out to find the perfect piece of property for us to build our forever home. But finding some suitable land in our neck of the woods wasn’t exactly easy. We searched for years. Seriously. Years. We eventually had to expand our search area a bit and got a lead on a piece of property late one Saturday night. The next morning we drove over to see it. 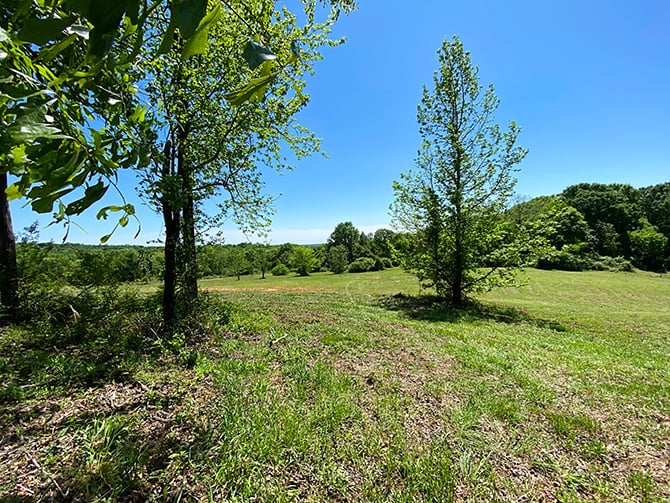 It was breathtaking – some considerable acreage with a hill that was just perfect to perch a house on top of. All three of us were just enamored with the land. It was partially cleared, but had some trees still and small spring running through the back. As we were leaving, I stopped the car to take one last look and noticed three chinaberry trees right at the entrance. Now, I have a particular fondness for chinaberry trees because my Bigmama, whom I write about often, had a huge chinaberry tree in her front yard that I remember playing in when I was little. Now though she’s been gone for more than 18 years, I often feel like I get little nods from her when big things are going on. So seeing those trees was just another indication that this might be the place for us. 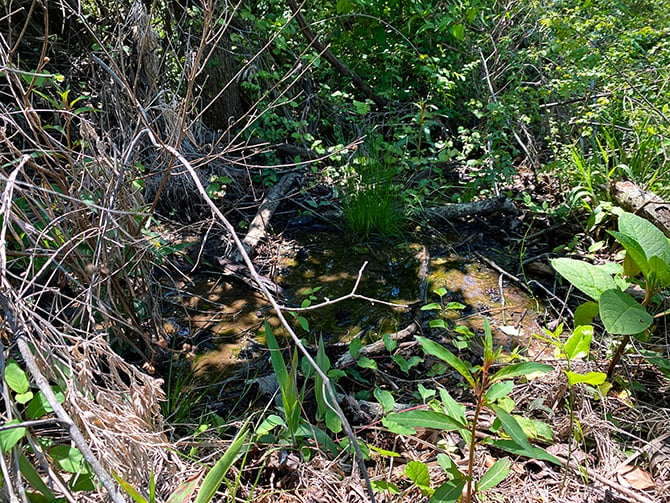 On the way home I called my mom to tell her about the property and about my little nod from Bigmama by way of those trees when she said, “Well, you know what today is, don’t you?”  “Sunday?, I said.” She replied, “Not just that, today would have been Bigmama’s birthday.”

I knew we’d found our home. 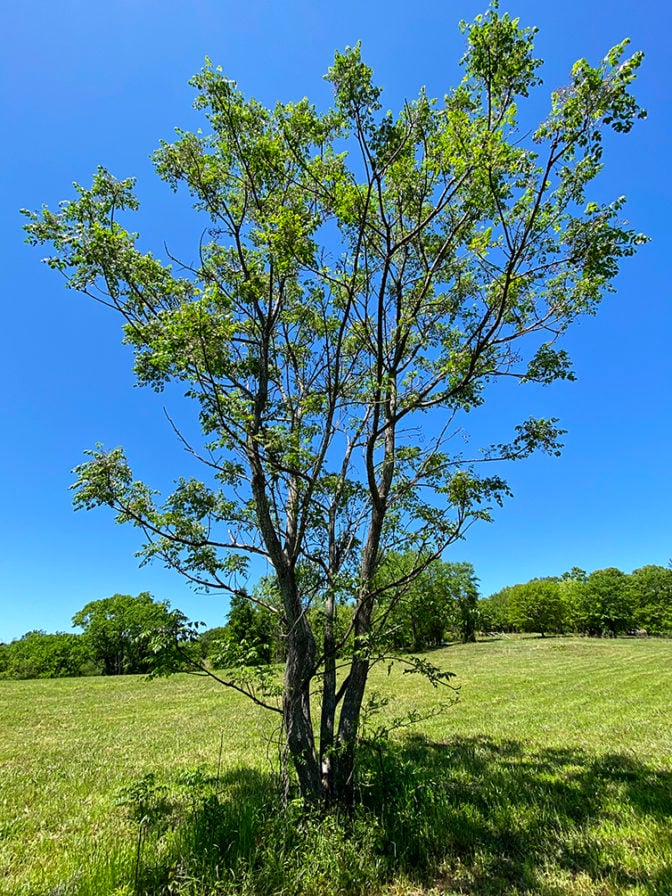 So for the last 14 months, we’ve been planning and plotting, drawing and designing, saving and budgeting, and getting ready to build our forever home that we’re lovingly calling The Chinaberry House. And we want you to join us on the journey!

I’m going to chronicle the process by sharing updates regularly on the blog as we venture through the process.

Folks, the truth is we’ve come a long way and it’s is only fitting that you continue on the journey with us as we plan our future. Love y’all. Stay tuned…