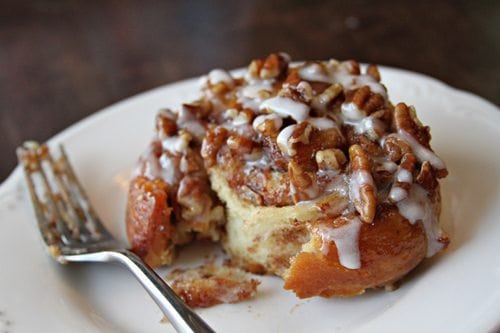 A  few years ago, I was in downtown Montgomery when this guy came up to me begging for money.  He told me that his wife was pregnant and that he was stranded and needed money to put some gas in his car to get back to her.   Having recently had a pregnant wife, I felt sorry for him and I reached down into my pockets and gave him all the cash I had.  I then went about my day feeling like I had done something good.  Two weeks later I was back downtown when the same guy approached me with the exact same story.  I was so flustered.  I had been duped.

Since then, it’s been hard to trust people begging for money.  But all that changed last Friday.  I had run by the McDonald’s by my office and was on my way out of the drive-through when I noticed a man in a wheelchair by the exit.  I stopped and rolled down my window.  He asked me if I’d like to buy some peanuts.  He was selling roasted and boiled.  And while I love both kinds, I’ve got several pounds of peanuts left over from J’s birthday party last week.  I was tempted to say my usual “no, thanks” and drive away, but something was different about this guy.  In addition to being wheelchair bound, he was wearing tattered clothes and had an expression that I will never be able to get out of my mind.  He was tired.  Not just from the heat and doing his best to maneuver his wheelchair, but tired from life.  He had the look of someone who had spent his entire life trying, but never succeeding.  The wrinkles on his face were evidence of time – a time that had not been kind to him.  I grabbed a $5 bill – it was all I had, I never carry cash with me – and I handed it to him through the window.  He tried his best to get me to take some peanuts but I refused.  I told him he could take those and sell them to someone else.  He insisted again, but I told him no… that I didn’t even like peanuts.  He looked me in the eyes and told me thank you and as I turned back to pull away, he said, “God bless you, sir.”  Those simple words penetrated me like few words ever have – all the way to my soul.  I realized at that very second that it’s not my job to judge why someone is begging for money.  It was heavy on my heart that day to give him what I had.  So I did.  And the truth his, he could have wheeled his butt down the street and gotten in a brand new car.  I’ll never know.  But, what I do know is that doing that made me feel good.  He wasn’t out there just begging, he was trying his best to sell those peanuts and do what he could to make a living for himself.  I respect that.  And he made me realize that people like him are put in my path for a reason.  They aren’t there to be judged or second guessed.  And while it certainly does my heart good to be able to help someone out like him, it’s not really about that either.  Sometimes people like him are put into our paths to make us realize how fortunate we each are.  So while that $5 might have helped to feed his family that night, that $5 fed my soul that day.  And you can’t put a price on that.  We get so caught up in life that we fuss and complain when we see a sink piled high with dirty dishes, but we should be thankful because those dirty dishes mean we were able to feed our families that night.  There are so many out there who would give everything to have a sink piled high with dirty dinner dishes.  Think about it…

Y’all these cinnamon rolls are going to rock your world.  I promise.  And the best part is, they are SUPER easy.  Your family and friends will never guess these are made with canned cinnamon rolls!

Join in on all the fun by “liking” The Southern Bite on Facebook! 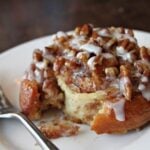 Several folks have noted issues with the sugar hardening when the oven is a bit too hot or baking takes a bit longer than suggested.  Adding some corn syrup or a couple drops of an acid, like lemon juice, will work to prevent the crystallization of the sugar.  I've rewritten this recipe to include the addition of the corn syrup to help prevent this.  A few drops of lemon juice works just as well and won't really affect the flavor.

Did you make my Sticky Pecan Cinnamon Buns?I'd love to see! Share on Instagram, tag @southernbite, and use the hashtag #southernbite!
Tag on Insta Leave a Rating

Join in on all the fun by “liking” The Southern Bite on Facebook!