This post brought to you by Campbell’s Slow Cooker Sauces. The content and opinions expressed below are that of Southern Bite. 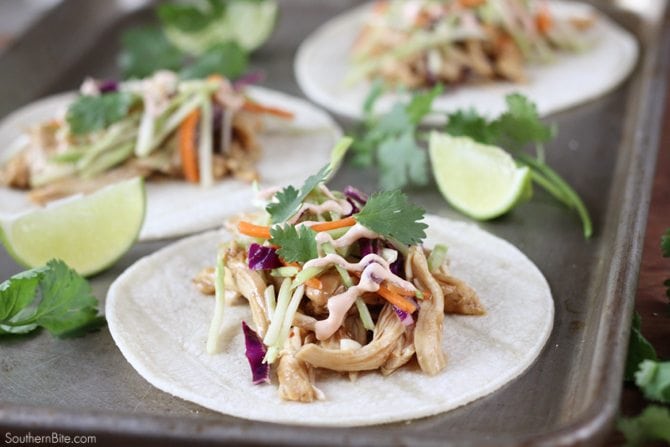 You know that I’m always on the hunt for quick and easy recipes and short cuts to help get home cooked food on the table. Often times that means using a slow cooker. There’s just something awesome about easy prep in the morning and coming home to a meal that’s ready to eat. The folks at Campbell’s have made that even easier with their Slow Cooker Sauces.  After all, it’s just like they say, Campbell’s – Made for Real, Real Life, and my life is just about as real as it gets.  🙂    The Campbell’s Slow Cooker sauces are also awesome for game day gatherings with friends. Meals with Campbell’s Slow Cooker sauces are delicious and so easy to make. Just 5 minutes of prep time is all it takes. 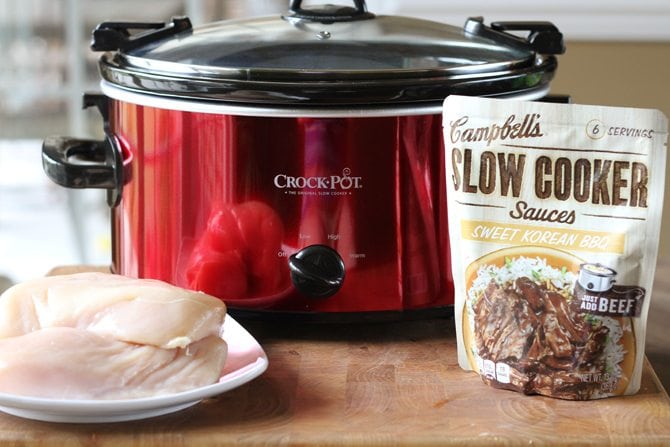 In varieties like Tavern Style Pot Roast, Apple Bourbon Pulled Pork, Beef Stew, Southern BBQ, Sweet Korean BBQ, and Hawaiian Pork, there’s something for everyone. I’ve used several of these before, but decided to give the Sweet Korean BBQ a try in these Slow Cooker Asian Chicken Tacos. This is one of those recipes that even impressed me. There’s so much flavor and they are just so easy to make. These make the perfect game day snack because they are so simple to make and they feed a crowd. Depending on how much chicken you use in each taco, you can get 10 or more out of this one batch. And right now, you can visit Campbell’s Sauces to get a great coupon for these time-saving, delicious sauces. 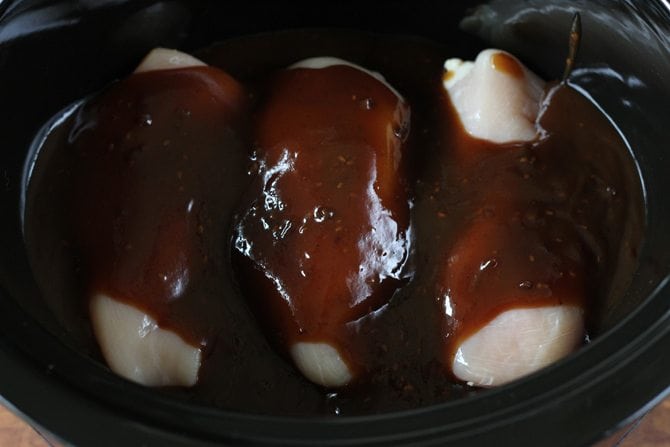 My family and friends devoured these and asked for more. And the meat combined with the delicious slaw is perfect for game day appetizers or a full meal. 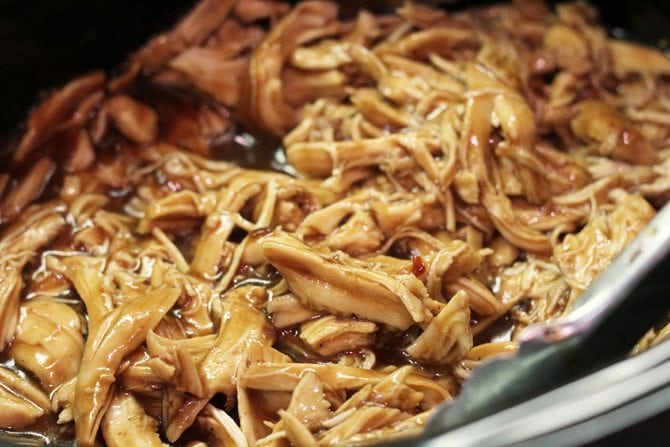 The shredded chicken was so delicious, it was hard to keep from picking at it the whole time I was making the tacos. Y’all just have to try these! 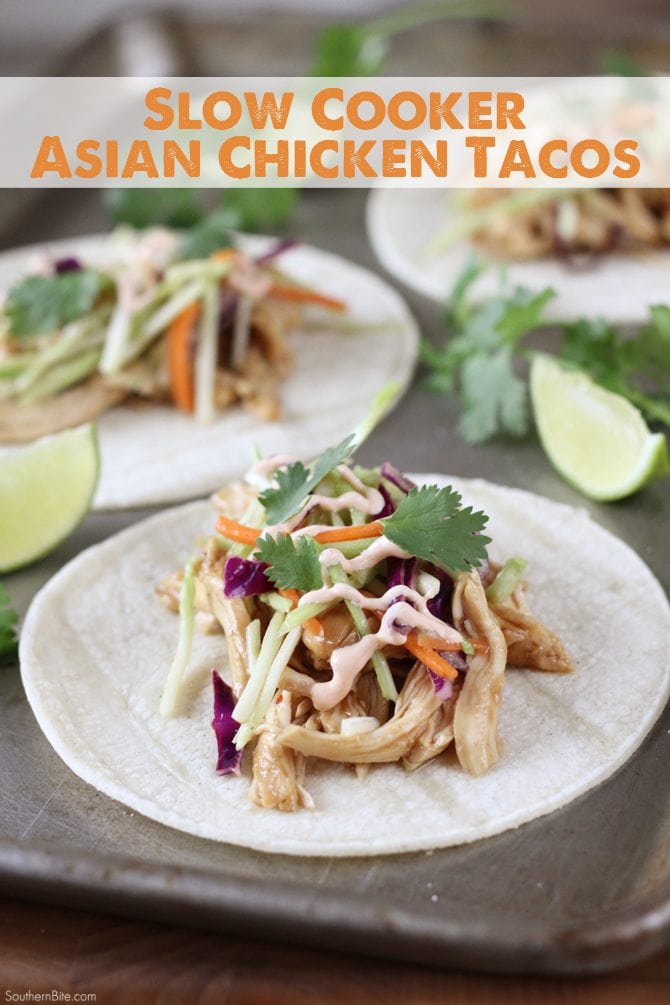 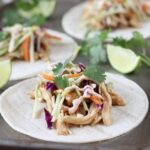