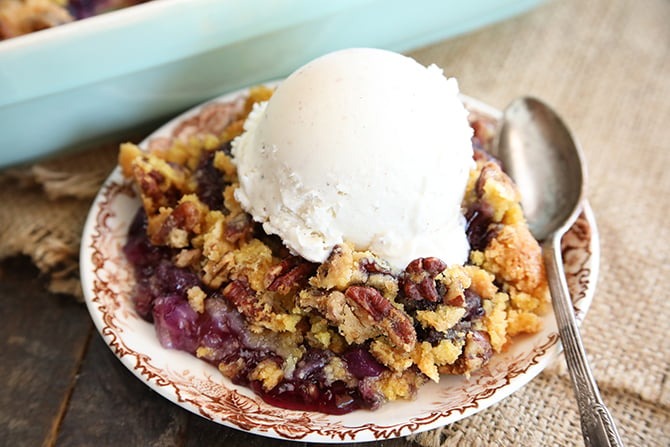 Saturday we were heading through downtown and pulled over and stopped to allow a funeral procession to pass.  The crossing streets had been closed by police officers to allow the procession to pass without having to deal with traffic and as the procession passed, each officer removed his hat as a show of respect.   I had no idea who had died, but we do things like this in the South as a way to show respect for one another. 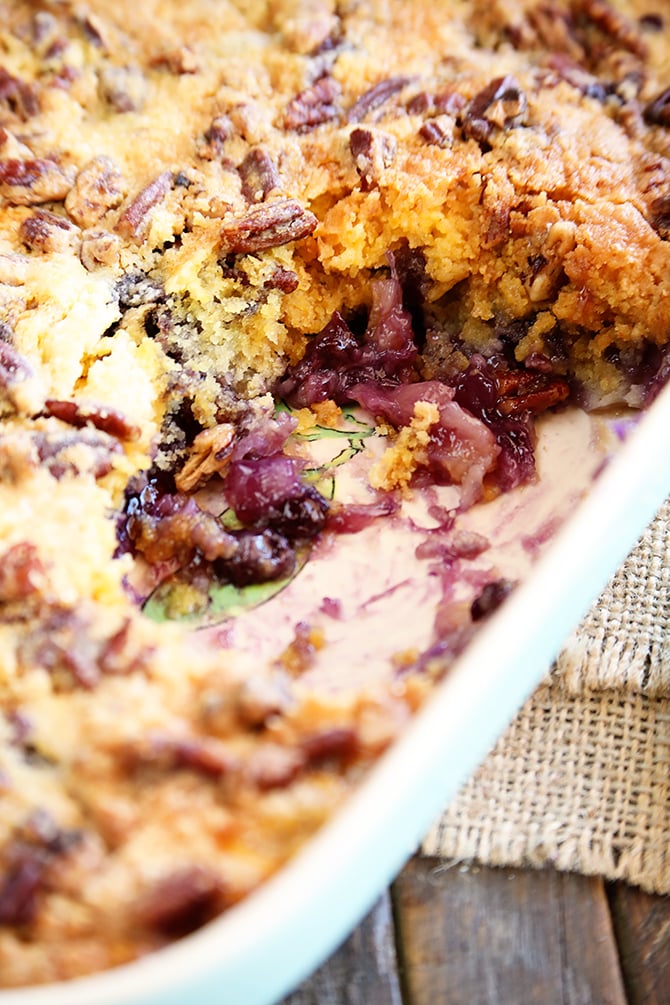 As we were sitting there waiting, I was struck with one of those moments where I realized how much I love living in a small town.  Each holiday here is met with city-wide celebrations whether it’s the 4th of July parade and fireworks display, the Mardi Gras parade, the Christmas tree lighting, etc.  I personally know the current and two previous mayors and the editor of our hometown newspaper.  It’s pretty Mayberry here – and I love it.  Sure we miss out on some big-city things, but I like the slow pace here.  It’s home for me. 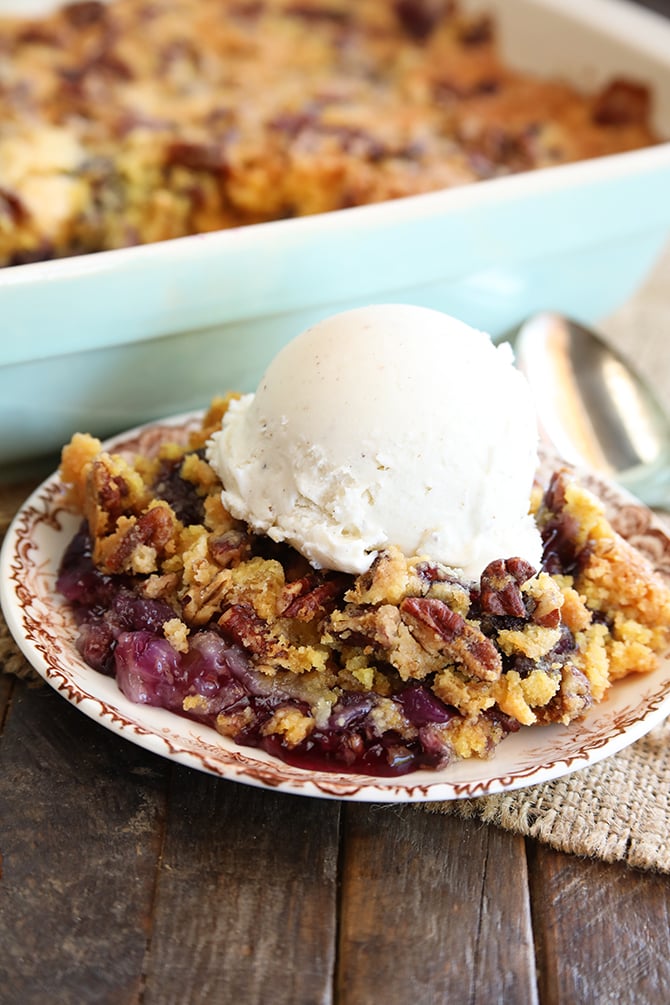 Not long after we had gotten home after Jack was born, my cousins brought us a delicious dinner that was topped off with this AWESOME dessert.  It’s the perfect blend of sweet and salty and has a great crunch.  Honestly, I LOVE it for breakfast.  Be sure to try it warm, it’s super-delicious! 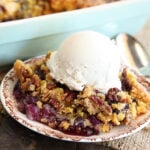 Did you make my Pineapple Blueberry Dump Cake?I'd love to see! Share on Instagram, tag @southernbite, and use the hashtag #southernbite!
Tag on Insta Leave a Rating