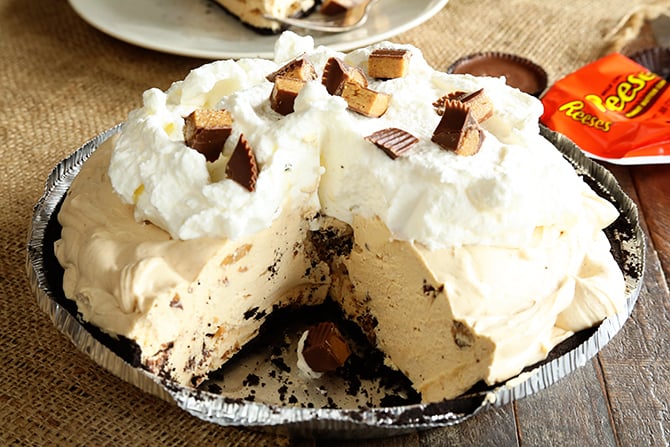 Regardless of what you call it, it’s my favorite.  And I’m a pretty big fan of the peanut butter/chocolate combo in general.  That’s why I just LOVE this No-Bake Peanut Butter Cup Pie so much!

Peanut butter cup pieces are folded into a silky, rich peanut butter and cream cheese filling.  It rests in a pre-made OREO cookie crust and is topped with fresh whipped cream.  Whew!  Gimme some more! 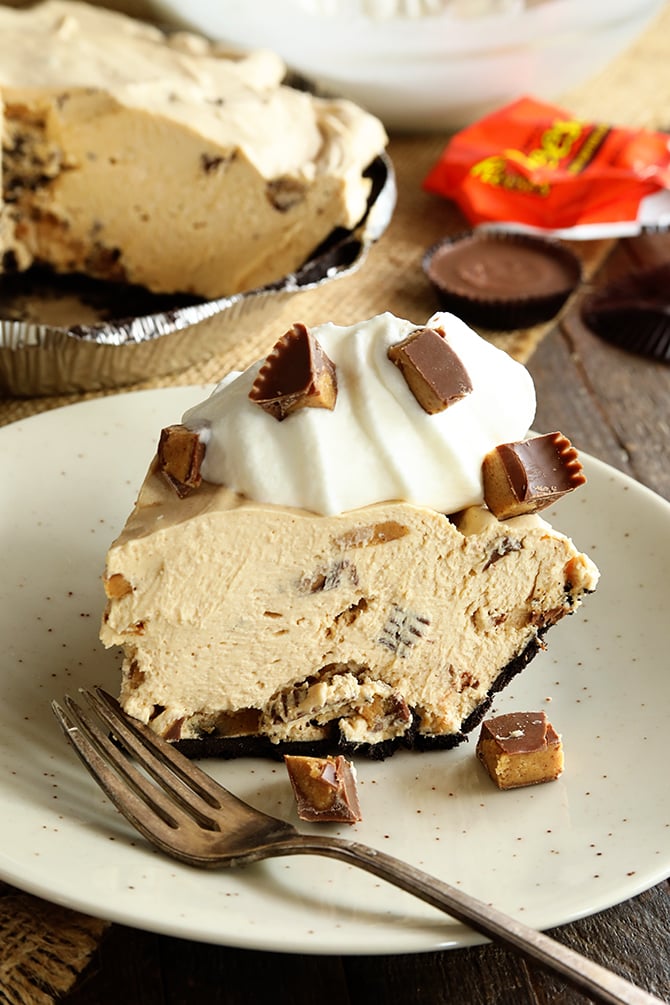 I took one of Heather’s favorite pies, my Chocolate Chip Peanut Butter Pie, gave it an update, and swapped out the chocolate chips for chopped peanut butter cups.  And then I ate more of it than I care to admit. I did share them with my mom’s office – partly because I’m a nice person and like to share, but mostly because having them in the fridge here in the test kitchen was way too much temptation – and I’ve gotten several messages from them asking when the recipe is going up.  Apparently they liked the pie too!  🙂 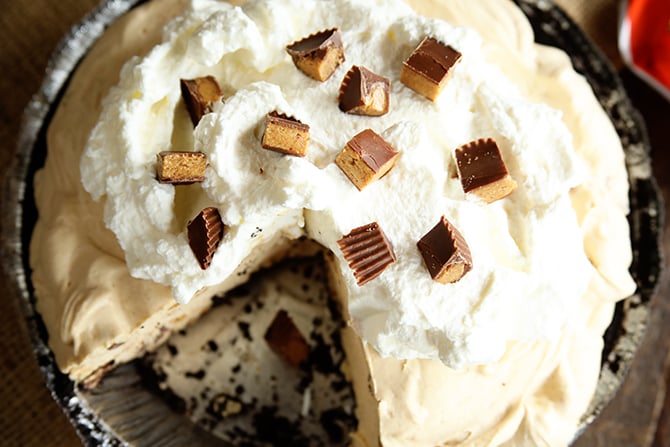 Now, it’s worth mentioning that the filling is made with a 16-ounce container of whipped topping (AKA – Cool Whip), but the topping is fresh whipped cream.  That’s intentional.  I really like the fresh whipped cream as the topping for this, but the Cool Whip is stabilized and works better in the filling.  That said, if you’re crunched for time (or just don’t want to spend the time whipping cream – no judgement, we’ve all been there), you can just grab another 8-ounce container of Cool Whip to use as the topping. 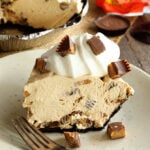 For the whipped cream*

* I really like the flavor of the fresh whipped cream as the topping on this pie, but you can save a few steps and some time by using an additional 8-ounce container of whipped topping instead.

Did you make my No-Bake Peanut Butter Cup Pie?I'd love to see! Share on Instagram, tag @southernbite, and use the hashtag #southernbite!
Tag on Insta Leave a Rating 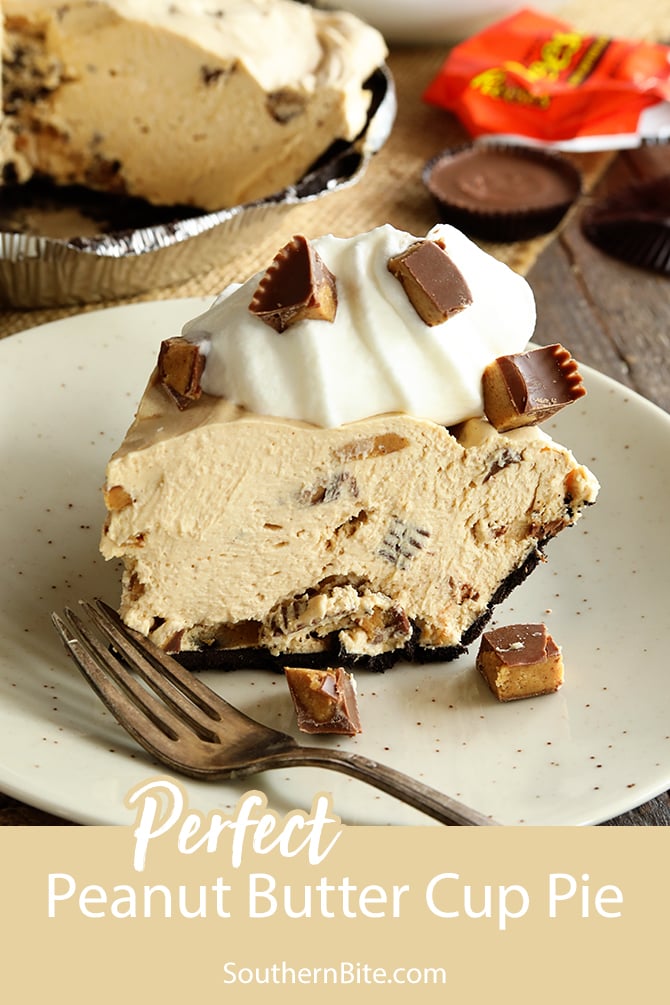