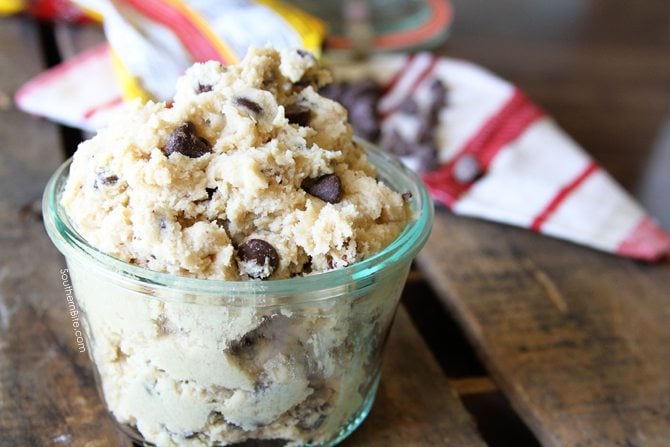 Heather absolutely adores cookie dough.  Heck, I think she makes cookies sometimes just to be able to snatch some of the raw dough.  And even though raw eggs don’t scare us too badly (e.g. Lemon Icebox Pie, Lemon Icebox Delight), we certainly don’t make a habit out of eating them.  So, I set out to create an egg-less version that would be safe and just as tasty.  I think I hit the nail on the head.  Like seriously. 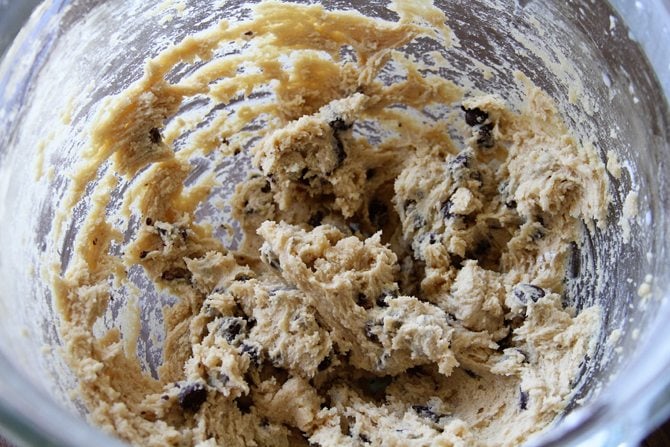 Doing a little research, I found that there’s also some concern about eating raw flour – that it might contain pathogens.  So eating it is at your own risk.  That said, there’s some evidence that suggests heat treating the flour will eliminate the bacteria.  Various methods include microwaving it, toasting it in a large skillet, or even baking it.  I’ll let you make a decision about what’s best for your family. 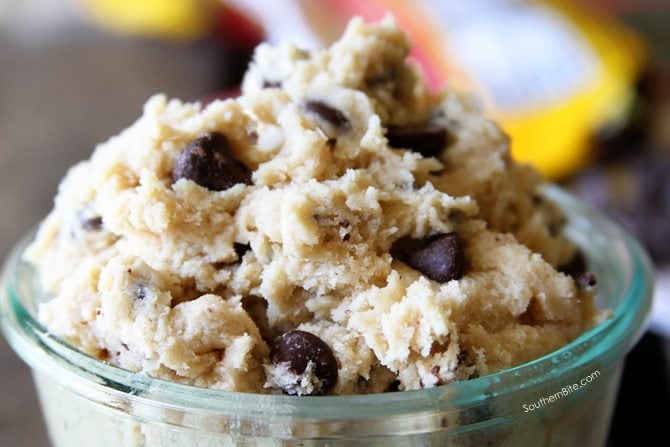 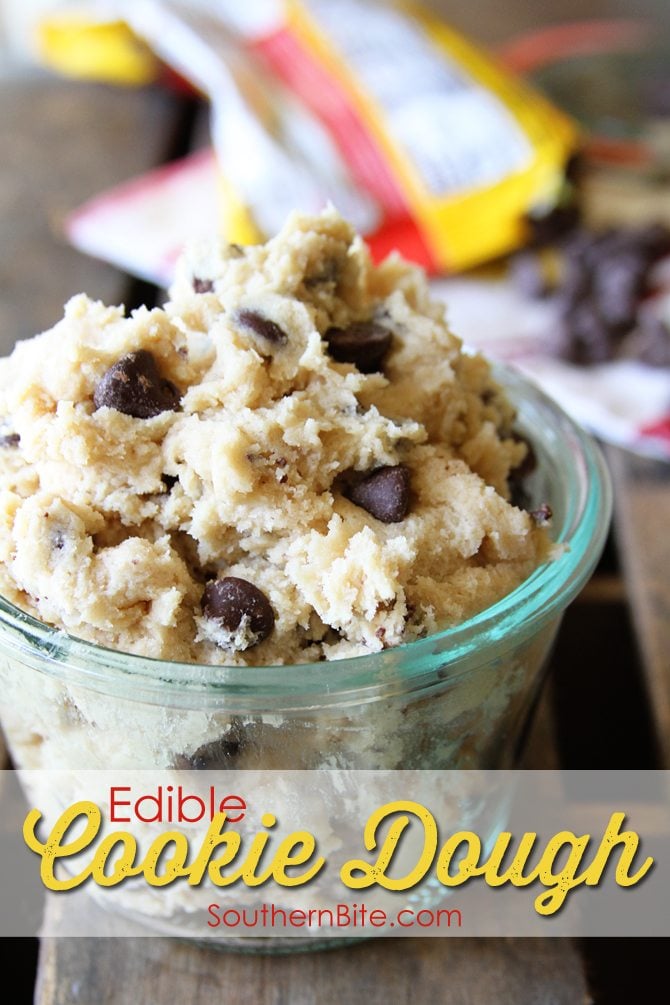 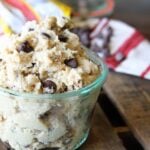 *New evidence suggests that there may be risk involved with eating raw flour.  Heat treat your flour by spreading it on a silicone mat lined baking sheet and bake it in a 350°F preheated oven for 5 minutes.  Allow to cool before using in the recipe.

Did you make my Edible Cookie Dough?I'd love to see! Share on Instagram, tag @southernbite, and use the hashtag #southernbite!
Tag on Insta Leave a Rating