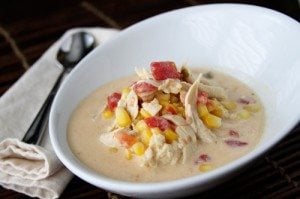 Forgiveness is a powerful thing.  Probably far more powerful than many of us have taken the time or thought to realize.  Just the other night, I was flipping through channels when I stopped on an episode of Dr. Phil on Oprah’s new network.  Now in all candor, I have never watched an episode of Dr. Phil, and I have no idea why I stopped to watch this time.  The guests were a family of 3 brothers and they were dealing with one of the brother’s wives.  Apparently she was just a terror and was doing her best to make things terrible for everyone.  But all this is beside the point.  At the end of the show, Dr. Phil started talking about the power of forgiveness and how it affects us.  He made the point that whenever someone wrongs us and we hold a grudge, we empower the offender.  We give that person power over us in that the grudge reminds us of not only what they did, but of that person in general.  And the reality is, does that person even deserve for us to think about them so frequently?  By forgiving, we take the power back.  Forgiveness gives us peace in that we move on with our lives and let go of the grudge.  Now, I’m sure I’m not explaining this exactly the way Dr. Phil did, but I think you get the point.  Being resentful and holding a grudge creates a situation where you allow someone who has wronged you to continue to wrong you.  A grudge reminds you each day of that person and what they did to you while it is likely they’ve moved on.  We are all human and we all make mistakes.  And while the harm that has been done to you might not warrant forgetting, forgiving will allow you to take the power back.

I’ve recently had the opportunity to forgive and it was a powerful thing.  Don’t you have some power you’d like to take back?

Y’all, this recipe is super simple and pretty dang delicious.  My family and friends all love it and have been asking for the recipe.  So here it is!  The great thing about this recipe is that since there are so many varieties of Ro*Tel tomatoes, you can make it as mild or as spicy as you want.  I used the “mild” version and there was little heat at all.  But they offer a “milder” version if you want to be sure there is no spiciness or you can crank it way up with the habanero version.  It’s up to you!  Y’all enjoy! 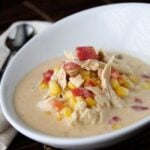 Did you make my Chicken Corn Chowder?I'd love to see! Share on Instagram, tag @southernbite, and use the hashtag #southernbite!
Tag on Insta Leave a Rating