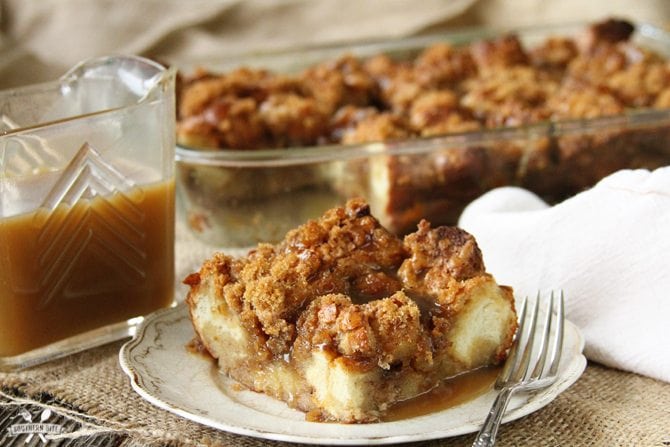 A few weeks ago, I had the great honor of joining my friend Christy Jordan from Southern Plate and the amazing folks from AllSouth Appliance on a road trip to Louisville, Kentucky to the GE Monogram Experience Center to learn all about the AMAZING GE Monogram appliances.  Now, I’ll be the first to admit that when I think luxury appliances, my mind doesn’t automatically go to GE, but boy did this trip change that.  I’ve got tons to share with you about the trip and about the awesome Monogram appliances – especially the ridiculous Advantium oven – but that will be in another post.  Seriously, have y’all heard about this Advantium oven?  It is the coolest thing I’ve seen in appliances in a long time.  It’s a speed cooking oven that uses 4 different heat sources to quickly and deliciously cook nearly anything.  We tested frozen chicken fingers and pizza, grilled cheeses, and even filet mignon in this baby.  I was skeptical about the grilled cheese and the filet, but was absolutely amazed.  My personal option is that the only way to cook a filet is on the grill, but it was as near perfection as possible.  And that grilled cheese was the perfect gooey and toasted to perfection!  Y’all it was amazing!  But more on that later… 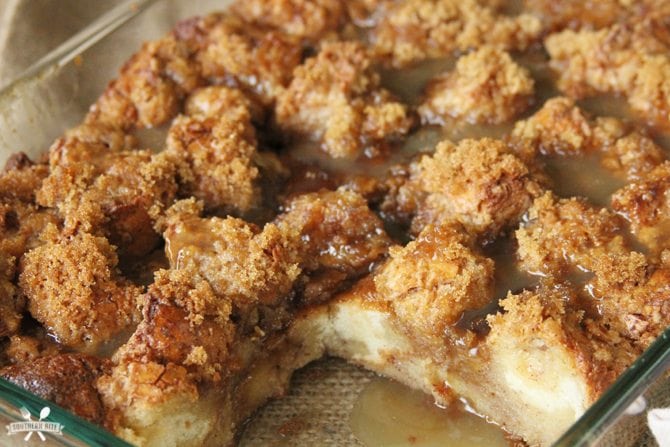 While we were there, the chefs Joe and Brian at the Monogram Center cooked for us several times and one night for dessert they made this bread pudding.  Now, I’m not a bread pudding fan.  It’s just not my thing.  But THIS bread pudding blew my mind – and that’s hard to do.  This is THE BEST bread pudding I have ever had in my life.  Seriously.  The best.  Now, it’s loaded with fat, sugar, and calories, but it’s totally worth that extra time at the gym.  I promise. 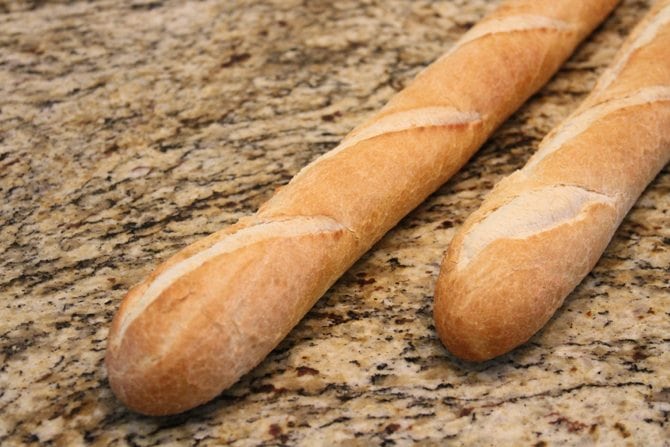 You start with two French baguettes.  Now, these are real deal baguettes – not just French bread.  I used 2 (10-ounce) baguettes. 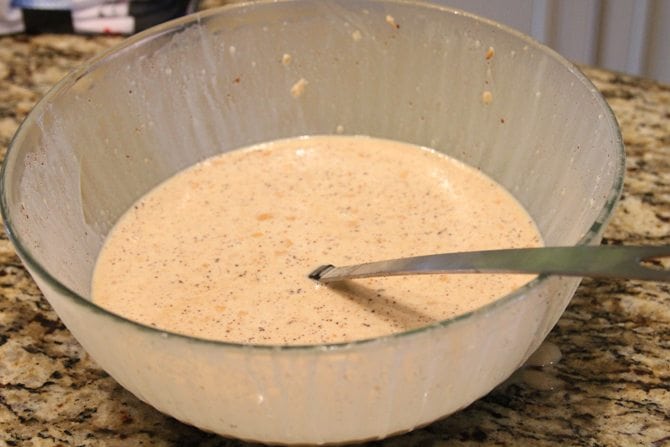 You make this super thick and rich pudding out of tons of cream and butter and soak the diced bread in it overnight. 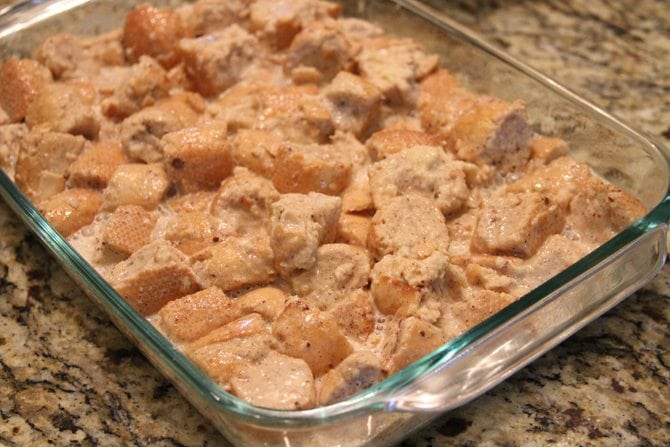 Strain the bread out of the liquid and place it into a greased dish.  You’ll want some liquid in the dish, but not much. 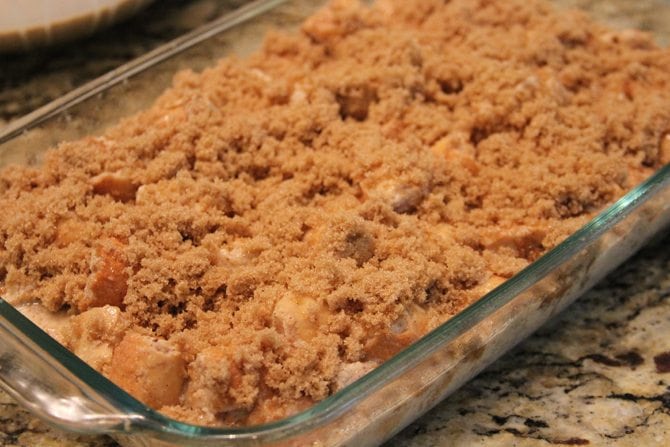 Then you top it with some more sugar – brown sugar this time – and bake it to golden deliciousness. 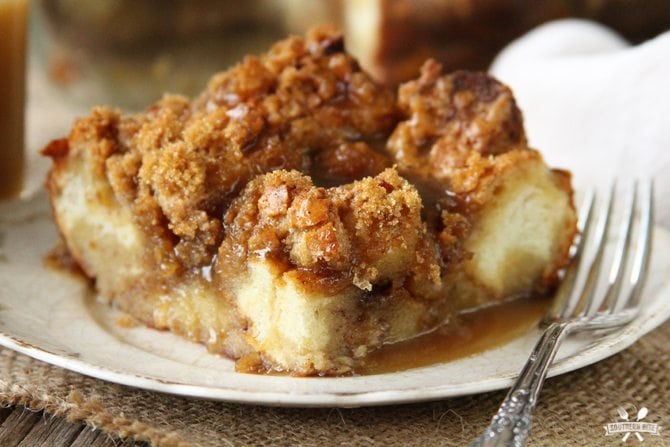 Then you use some more cream, butter, and sugar to create a decadent caramel sauce for the topping.  Y’all, I’m serious.  This stuff is crazy.  Try it. 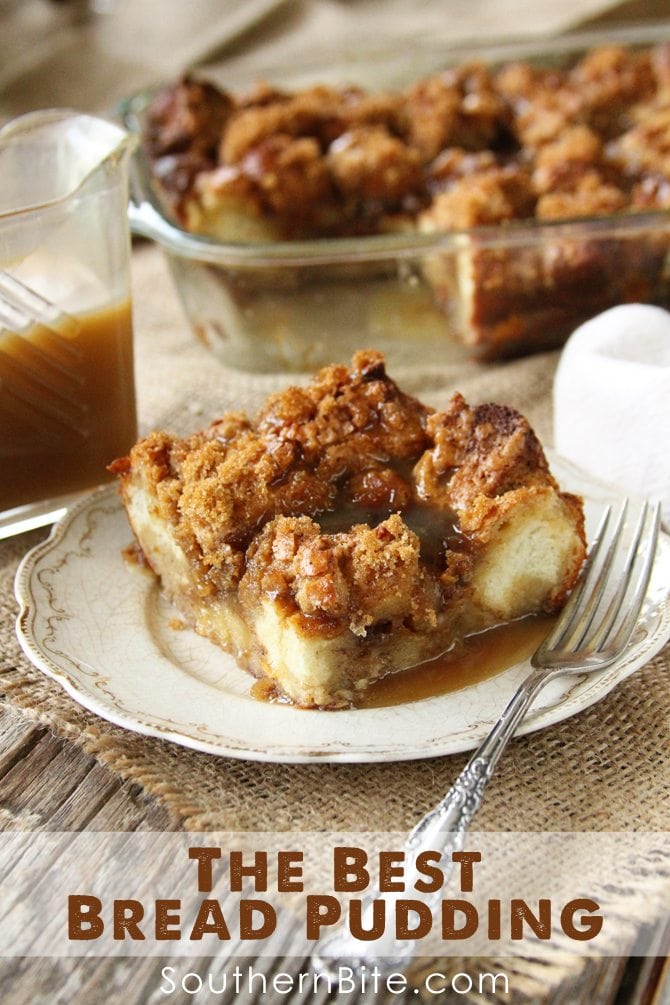 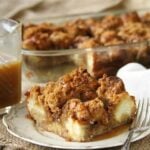