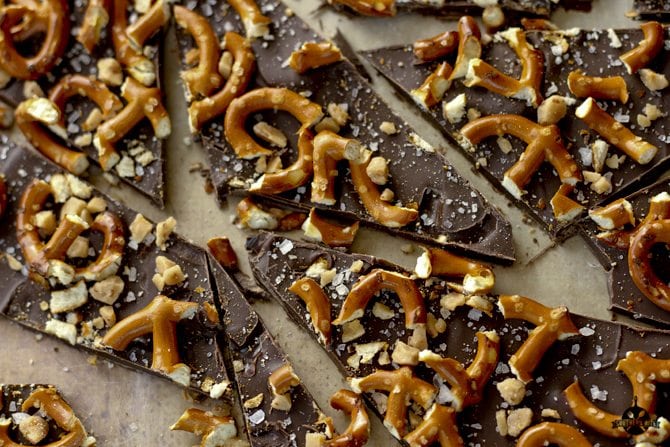 Do you ever just have that feeling that you don’t deserve what you have – that somehow God has messed up and blessed you with something that was supposed to be for someone else?

This year has been an amazing one for me.  My cookbook was successful, I ended up on the Today Show and Fox and Friends, I was featured in Southern Lady magazine, the book was an Amazon #1 best seller and it made it on to the Wall Street Journal Best Seller list.  I got to go to amazing places and meet some of the most wonderful people.  I had the opportunity to meet so many of y’all as I was out signing books.  The blog has grown exponentially and we’ve expanded our big ol’ Southern Bite family to numbers I never could have imagined.  Last month we had more than 1 million page views!  That’s huge in the blogging world.  This year, we actually have a little money to be able to buy Christmas presents – we’re not scrounging around to fit gifts on credit cards and holding our breath that a check won’t clear before the 1st – you know the game. My family is health and happy.  My little boy is growing everyday and learning so much in school.  We just seem so blessed.

The other day, I was watching my sweet boy singing his little heart out at his first school Christmas program and I just became so overwhelmed with the feeling that I don’t deserve any of this – that somehow my name got put on the wrong list.

Last Thursday, I ended up leaving the office a little later than normal.  It was just about dusk, chilly, and the street lights were beginning to turn on.  As I’m turning the corner I see a woman and a little boy standing on the side of the road holding a sign.  The sign read, “Please help.  I’ve lot my job and just want to give my kids a Christmas.”  I immediately felt a lump in my throat.  Beggars aren’t exactly a rarity in this area of town, but this one was different.  She was dressed in scrubs and was obviously cold.  Her child, probably about 8 years old, was snuggled next to her.  Something about her and the fact that her child was with her just tugged at my heartstrings.  I knew I had to help and quickly realized that there was no way for me to turn around and get to her as there was tons of traffic and I was in the on-ramp to the interstate.  I turned on my blinker and did everything I could to find a way to get back over to her, but I just couldn’t.  The whole way home, I had tears in my eyes thinking about that poor woman – out there in the cold to try and give her kids a few presents for Christmas.  It broke my heart.  Every time that I thought about her that night and all day that next day, I prayed that God would put her back out there so that I could help her out.  Sure enough, as I rounded that corner to head home that afternoon, there she and her little boy were – in the same clothes.  I pulled into the parking lot and got out to talk with her.  Her name is Marquita and she has two little boys.  She worked at a fast food restaurant on the other side of the city and when it closed last week, she lost her job.  She told me that she’s fortunate to have family to help with food and place to live, but that there was absolutely no money for her to give her kids any presents this year.  Their Christmases had never been extravagant, but always included a few presents from her and a few from Santa Christmas morning.  And while she could explain to them that she didn’t have a job and couldn’t buy them anything from herself, how was she going to explain that there were also no presents from Santa? She explained that she had been to all of the charity organizations in the area that offer some kind of Christmas assistance this time of year, but they were all full and couldn’t help.  I asked her if she was looking for a job and she replied, “Of course!  I’ve been looking for something ever since I found out the place was closing.”  She said that she was willing to do any work at all, cleaning, babysitting, anything.

As I told her about seeing her the day before and about praying that she’d be out there again, tears welled up in her eyes.  She told me that she had woken up and felt something tug at her, telling get back out there.  She said she wasn’t feeling well and that she just didn’t want to stand on the corner and beg again, but something kept telling her to go.  I held her hands in mine and we both teared up.  I told her that that tugging was the good Lord and that he had tugged on me too.  I slipped some money in her hand and told her that it wasn’t much, but that hopefully what I had would help.  She gave me a relative’s phone number to call in case I heard of any job opportunities.  As I walked back to the car, her little boy – who had been out of earshot – smiled at me and gave me the biggest wave.

I drove home feeling like I had done something good.  The Lord put it on my heart to help her and he made sure it happened.  But I couldn’t shake the feeling that there are so many folks in her exact shoes this year – who are struggling to make ends meet and give their kids a Christmas.  Regardless of what got them in the situation they are in, it’s our duty as neighbors and Christians to help when we can.

Folks, we’re all human – regardless of age, race, or the amount of money in our bank accounts.  Whether they be friends, neighbors, family, or complete strangers, people need help this time of year.  If you can help, please do.  You never know the magic that might happen when you do.  Be a blessing to someone this Christmas. 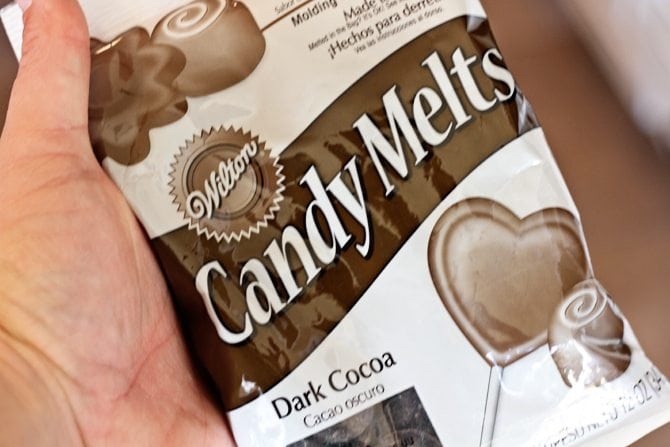 Y’all this Salted Dark Chocolate Pretzel Bark is a new favorite of mine.  I’ve tested it a number of times with different types of chocolate and found these Candy Melts work best.  They melt easily and then firm back up perfectly for bark.  I just know you’ll love them, too!  Y’all enjoy! 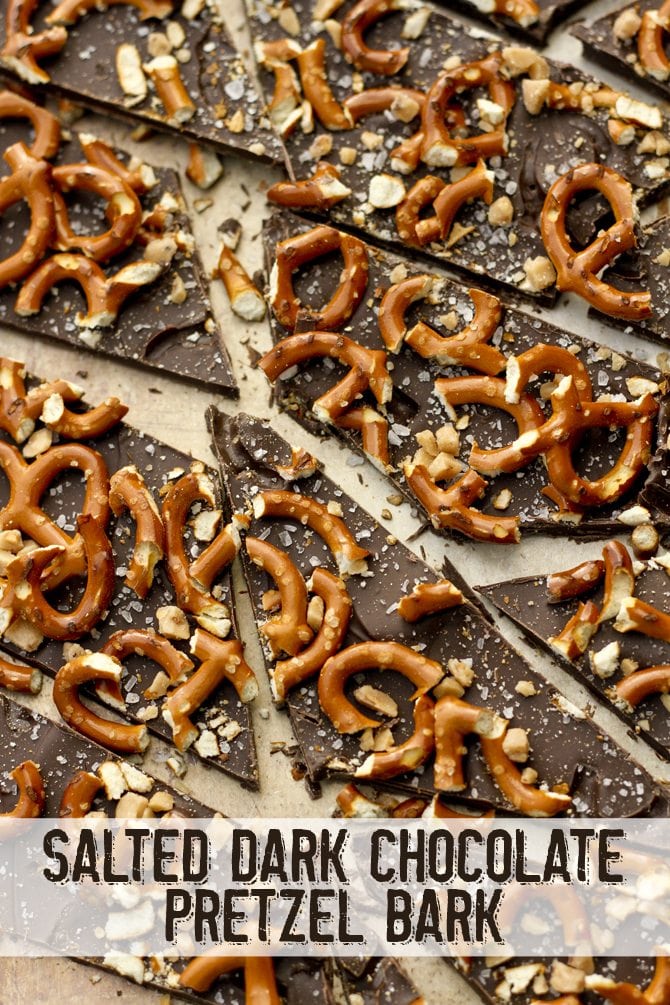 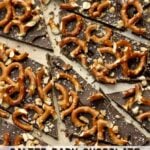 Did you make my Salted Dark Chocolate Pretzel Bark?I'd love to see! Share on Instagram, tag @southernbite, and use the hashtag #southernbite!
Tag on Insta Leave a Rating