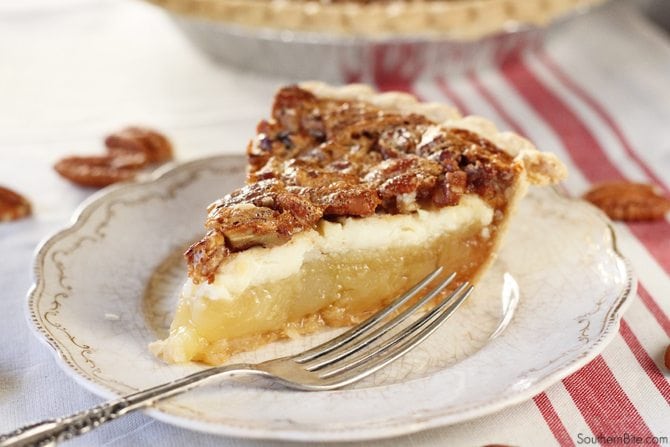 Thanksgiving is nearly here, but I wanted to give you one more fun take on dessert for the big day!  This Cream Cheese Pecan Pie is a fun and delicious twist on traditional pecan pie.  The cream cheese layer adds a creamy richness to the pie that I really, really like.  Even though you spread the cream cheese layer on the bottom of the crust, it rises between the custard and the pecan layer beautifully.  And because this pie only uses 2 cups of pecans, it’s not crazy expensive.

You can also easily cut this recipe in half, if you only need one pie.  But seriously, is there EVER too much pie??  When making the cream cheese layer, simply beat the one egg in a separate bowl and only add about half of it to the cream cheese. The rest should be self explanatory.  Y’all enjoy! 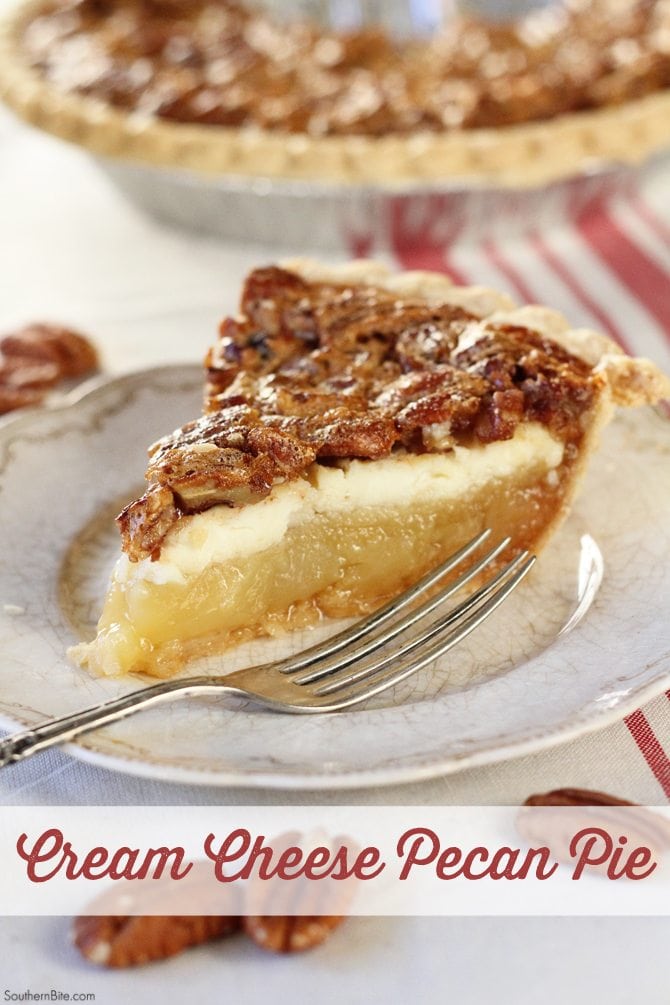 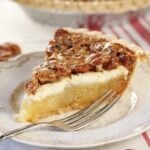 For the cream cheese layer:

For the pecan filling:

This recipe can easily be halved. When making the cream cheese layer, simply beat the one egg in a separate bowl and only add about half of it. The rest should be self explanatory.
Making This Recipe?Tag me on Instagram: @SouthernBite using the hashtag #SouthernBite, so I can see how it turned out!