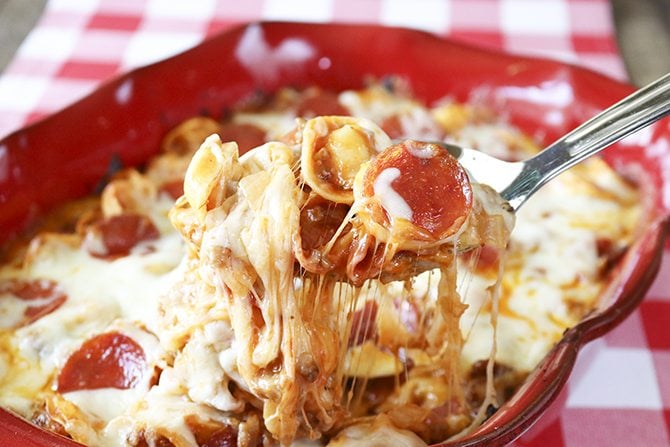 Hey, y’all!  It seems like it’s been a while since we had a chance to chat so I just thought we’d take a few minutes to get caught up.  If you’re just here for the recipe and want to avoid the chatter and the potential to have to read about my surgery, just…

Click here to jump to the recipe!
(It’s totally okay if you’re just here for that.  I won’t judge. I mean, look at the cheese pull!!!)

Otherwise, I got some ‘splainin’ to do and a whole bunch of thank yous to pass around…

First let me say this, I can not even begin to thank you all for the love, prayers, messages, and emails.  I was super nervous about this and your messages before and after provided so much comfort.  I knew with all these amazing folks sending prayers up, there was no way something could go wrong.  I had intended to keep the details of what was going on quiet, just because I didn’t it want to sound like I was whining and it’s not something I’d discuss in polite company.  But I’ve had so many folks ask and y’all are more like family, so…. here’s a run down.

As a kid, I vividly remember a story that my mom used to tell about my grandmother.  They had chickens and I so fondly remember going down to the chicken house to get eggs.  It was such a neat thing for me.  And thinking about it, has me wishing for my own coup… but I digress.  Anyway, having recently had some chicks hatch, my grandmother noticed that they couldn’t walk.  Every time they would stand up, their little legs would just slide sideways out from under them.  It just broke her heart to see the little rascals try and walk and just fall.  Well, she had a genius idea.  She figured if there was a way to get them on their feet it would strengthen the muscles in their legs and would help them stay on their feet.  I’ll be darned if that woman didn’t put rubber bands around their legs to keep them from sliding out from under them.  And you know what?  It worked.  In no time, those chicks had built up the strength to walk around without the rubber bands.  All this to say, sometimes we just need a little help… 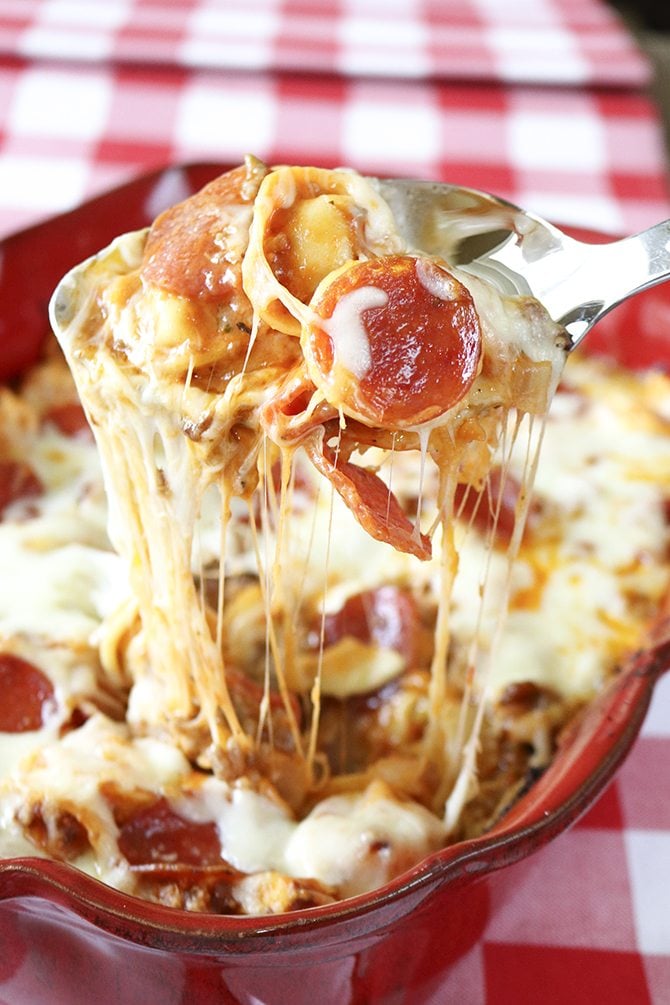 Back in September, I was sitting having dinner with my parents and Heather and Jack when all of the sudden, I had this immense pain in the lower part of my stomach – like so intense I thought I might pass out.  Trying not to make a big deal out of it and upset everyone, I just tried to ignore it.  On the way home, I asked Heather to drive – which was the real indication I was in pain… I don’t EVER let her drive.  She kept trying to get me to go to the hospital, but I refused.  Our ER copay is crazy expensive and I figured I’d just go to my regular doctor the next day.  Well, the next morning, a trip to my general practitioner and a CT scan later, I found that I had severe diverticulitis and one of the diverticula had abscessed and ruptured.  That was the pain at dinner.  I was immediately admitted to the hospital and spent 8 days being pumped with antibiotics and pain meds.  They put in a PICC line for nutrition and kept me from eating or drinking anything.  Things eventually got better and I was released, only two have two relapses between the end of September and December.  Long story short, last week, I went in to have about 16 inches of my large intestine removed to prevent this from happening continually.  All of the diverticular were within that span, so I should be good to go now.  The doctor says the chance of having issues with diverticulitis again are about 2 to 4%, so I’d say those are pretty good odds.  Recovery is going well, and I’m feeling like myself more and more every day!  Like those chickens at my grandparents, I just needed a little help.  🙂

I seriously can’t thank y’all enough for the comments, posts, emails, calls, and messages.  I think there were more than 1,000 in one day.  Y’all just don’t know how much it means to me.  The morning of the surgery had me super nervous, but reading those on the way to the hospital gave me the most amazing peace about it all.  I love and appreciate y’all, more than any of you could ever know.  Now… should we talk about this food?? 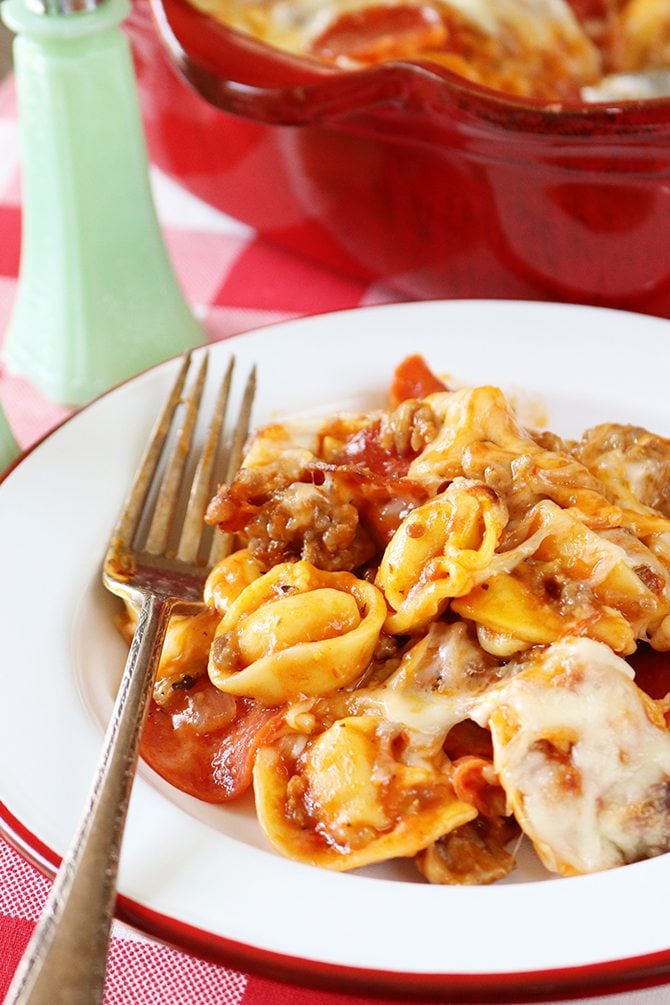 Y’all, this dish is absolutely delicious!  It’s gooey, cheesy perfection.  I ate it 3 times in a row.  I just know your whole family will love it.  And the best part is it reheats even better, like so many dishes like this.  I took my Mom’s classic recipe for Pizza Casserole and just switched a few things up to turn it into this Baked Pizza Tortellini.  You can even make it your own by adding in other of your favorite pizza toppings:  Mushrooms, black olives, green peppers, Canadian bacon… the options are endless! 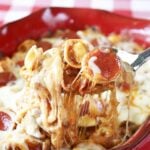 Did you make my Baked Pizza Tortellini?I'd love to see! Share on Instagram, tag @southernbite, and use the hashtag #southernbite!
Tag on Insta Leave a Rating